The NSW Police have deleted an Instagram photo of officers posing with Mardi Gras revellers dressed as nuns at Fair Day after outrage from the Catholic Church.

A contingent of NSW Police officers attended Mardi Gras’ Fair Day event in Victoria Park in Camperdown on Sunday. Revellers filled with the park with rainbows as they enjoyed a lineup of live entertainment at the event

NSW Police later posted a collection of snaps from the day to the force’s official Instagram page on Sunday afternoon.

In one, a group of officers posed and smiled alongside two Fair Day punters dressed as nuns.

“Thanks for coming down and saying hello!”

However the Catholic Archdiocese of Sydney was furious about the Fair Day snap.

A spokesperson told the Daily Telegraph the organisation was “disappointed” to see police pose with the revellers “promoting the mockery” of the religion.

“It’s sad to see an event created more than forty years ago to promote equality and end discrimination now evolve into something that celebrates and promotes the mockery of others,” the spokesperson said.

“Our Church, as articulated by Pope Francis, believes that gay and lesbian people should never be marginalised, but respected and welcomed at all times.

“It is upsetting that as Catholics we are not afforded the same respect.

“The NSW Police have been trusted with the responsibility of safeguarding our entire community.

“It’s extremely disappointing to see them promoting disparaging acts of any group, regardless of their values or beliefs.” 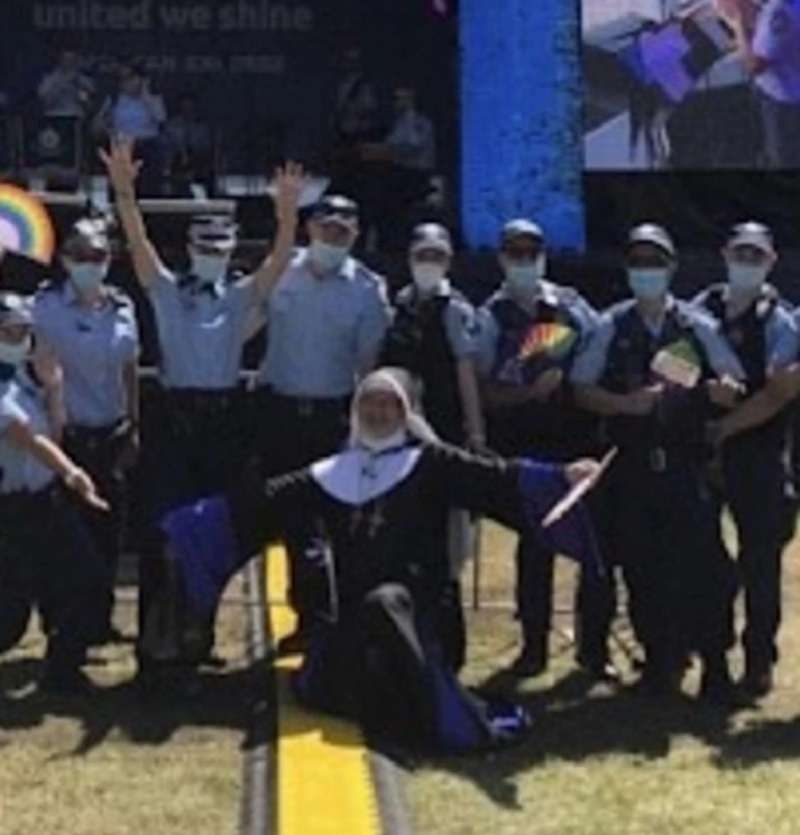 On Monday the NSW Police removed the photo of the nuns from the Instagram post, which otherwise remains online.

“The NSW Police Force is proud to support the LGBTIQA+ community and remains committed to building and strengthening relationships through continuous engagement,” she said.

“The attendance of police at the Mardi Gras Fair Day is part of the ongoing commitment of officers to support our own LGBTIQA+ identifying employees, as well as the broader LGBTIQA+ community, and aims to reduce barriers to reporting crime.”

On March 5, the Parade will again return as a ticketed event at the Sydney Cricket Ground (SCG).

On Friday, the City of Sydney raised the Progress Pride on the city’s Town Hall for the first time.

The religious right was smashed at the election. What happens now?