New South Wales’ Chief Health Officer has urged gay and bi men to be alert to symptoms of monkeypox after the rare virus emerged in two Australian states.

The virus is normally limited to Central or West Africa. It’s a usually mild viral infection which most people recover from in a few weeks, and doesn’t spread easily.

Then a rash can develop, often with itchy or painful lesions. The rash often begins on the face before spreading to other parts of the body, including the genitals.

Recently, cases of monkeypox have emerged in the UK, Spain, Portugal, USA, Italy, France and Canada.

Now health authorities in Victoria and New South Wales have urged people to be alert for symptoms, including gay and bisexual men.

A Melbourne man in his 30s has monkeypox after recently visiting the UK, where there’s a small outbreak.

In Sydney, a man in his 40s also “very likely” has the virus after returning from Europe.

The Melbourne man is in isolation at a hospital and the Sydney man is isolating at home.

Gay and bi men should monitor for ‘unusual rashes or lesions’

NSW Chief Health Officer Kerry Chant urged men who are gay, bisexual or who have sex with men to be vigilant for symptoms.

Monkeypox is not a sexually transmitted infection. However people can transmit it during close contact during sex, or through others’ contact with their clothing or linens.

“A large proportion of the cases detected overseas are among gay, bisexual or men who have sex with men,” Dr Chant said.

“We are urging men who are gay, bisexual or men who have sex with men to be aware of any unusual rashes or lesions.

“Be particularly vigilant if you have returned from overseas from large parties, or sex on premises venues overseas.

“People can contract monkeypox through very close contact with people with the virus.

“The infection is usually a mild illness and most people recover within a few weeks.”

For people at high risk, including those with a weakened immune system, there are therapies available to treat the virus. 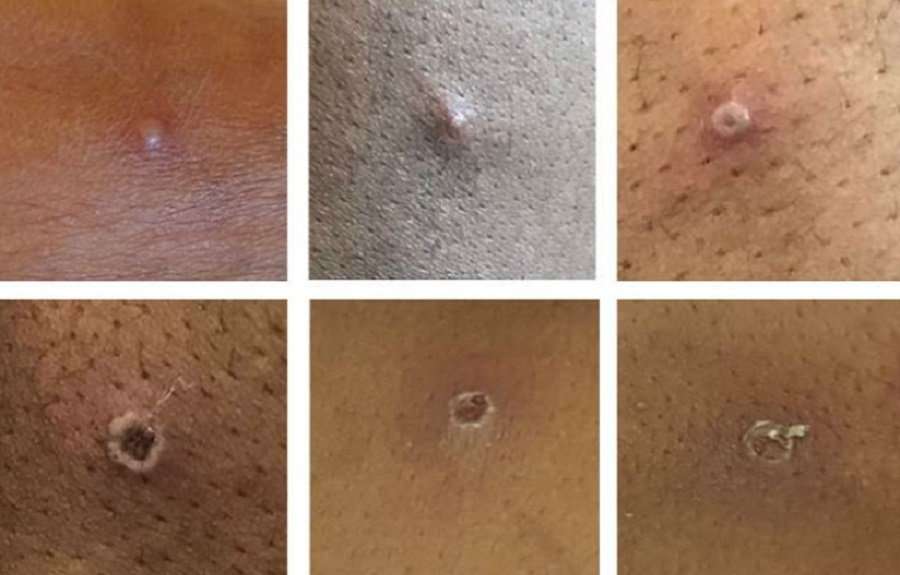 CEO Nicolas Parkhill said gay, bisexual and men who have sex with men who’ve attended dance parties, sex parties as well as saunas in Europe should monitor for symptoms.

“Anyone with symptoms, particularly a rash, should call their GP or local sexual health clinic by phone or telehealth,” Parkhill said.

“It’s important that we stay informed, don’t panic and take decisions that are good for our health and our communities’ health.

“Continue applying measures that help us all stay safe such as practicing good hygiene, self-isolating when unwell and seeking medical attention when displaying symptoms.”

CHO says monkeypox will not largely impact the community

Victoria’s Chief Health Officer Brett Sutton also stressed the virus does not spread easily and would not largely impact the community.