Joe D’allesandro endured a difficult childhood during most of which his mother served a prison sentence for car theft. He lived variously with his father, his grandparents, and foster parents. At fifteen, he crashed a stolen car and copped a bullet in the leg from pursuing police. He then escaped a rehabilitation camp and hitchhiked to Mexico.

He famously modelled for Bob Mizer of AMG. Bob Mizer noted that Joe worked as a short order cook and regretted the missed opportunity to work with the model again.

“Because of an unfortunate altercation between Joe and the man who brought him here, we refused to do additional work on Joe. Of course, you know who suffered from that decision. More prudent was Bruce Bellas whose magnificent work on Joe is still offered by Kensington Road Studios. And of course the avant-garde Andy Warhol who could always sense natural quality.”

NSFW: 18-year-old Joe D’allesandro photographed fill-frontal nude by Bob Mizer for AMG. Video of the photo shoot is available on YouTube on the channel WorkofArtNaked2.

Joe D’allesandro moved to New York where he said he wandered into the Warhol Factory by accident looking for his dealer. Someone asked if he’d pretend to be a Phys Ed teacher and do some wrestling. He agreed and ended up in the Warhol film 24 Hours wrestling another guy in his underwear.

Andy Warhol himself said, “In my movies, everyone’s in love with Joe D’allesandro.”

Joe starred as a hustler in his third Warhol film Flesh. His nude scenes became notorious and though he worried about their impact on his future career, made him more popular, as did the ambiguous nature of his sexuality.

“I never looked at people for their sexual preference, and I didn’t expect people to look at me and ask me what my sexual preference was. If I wasn’t sharing that with you it means I wasn’t interested in you, and it would be none of your business.”

Joe, or at least, the outline of his cock, also featured on the album cover of the Rolling Stones’ Sticky Fingers. 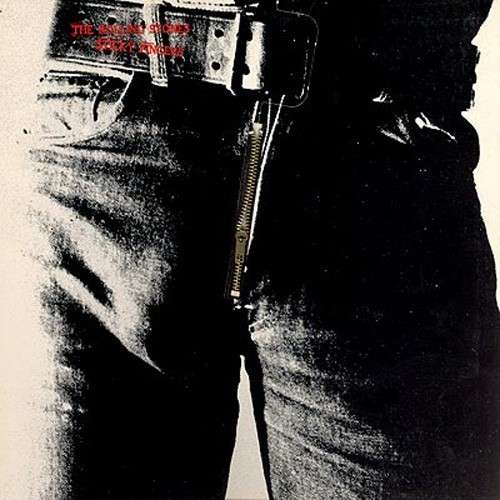 Walk on the Wild Side

Along with other Warhol stars, Joe was immortalised in the Lou Reed song ‘Walk on the Wild Side’.

Joe claims the song refers not to him personally but to his character in Flesh. Others beg to differ.

One last pic before we go.

John Holmes, the most famous penis in the world.