The post-Mardi Gras event is an LGBTIQ-inclusive party which started in 2016 and is now an annual celebration of diversity in the picturesque region.

Organisers are excited to welcome locals and visitors to join in the festivities to celebrate the milestone passage of marriage equality last year.

“Love has won and for the first time everyone in Australia can equally express their love and commitment to each other.

“We’ll again be turning up the volume on the post-Mardi Gras party scene with the return of the festival.”

This year’s Rainbow River Festival will be held from Friday March 16 to Sunday March 18, with cocktails and entertainment at events on the Friday and Saturday nights.

Sunshine Coast drag legend Melony Brests (pictured above, centre) is a Rainbow River Festival fixture, and she’ll be hosting, performing and even guiding patrons on a local pub crawl.

On Sunday, revellers will gather for a free riverside picnic near the Big Pelican on Gympie Terrace from 10am before the festival’s main event, the River Parade, starts at noon from the jetty nearby.

This year’s parade theme is “Rainbow Love,” and revellers can buy a ticket for the official Rainbow Party Boat or bring or hire their own to join the pride cruise up and down the Noosa River and its canals.

That evening, all are invited to farewell drinks at the Red on Thomas bar on Gympie Terrace. 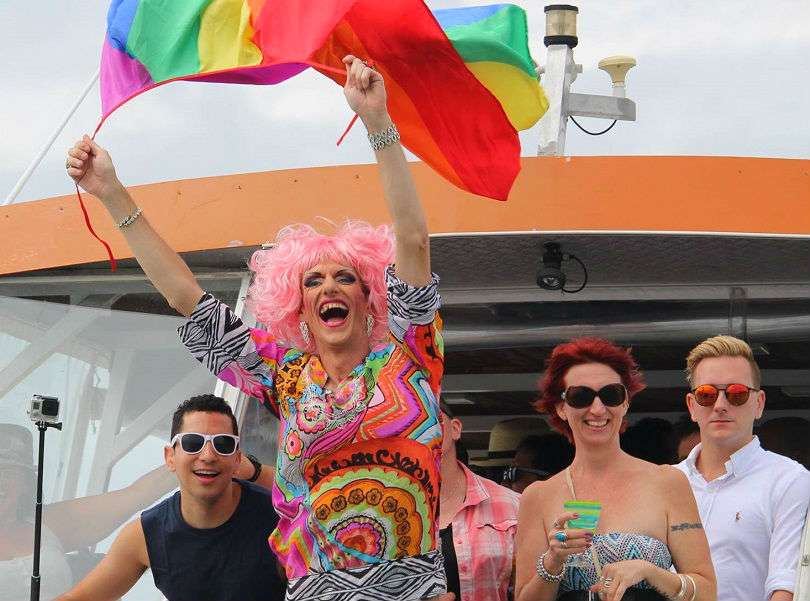 Mayor Tony Wellington said the Noosa Council was proud to support this year’s Rainbow River Festival with a community grant, and encouraged visitors to explore the region.

“Noosa Council is proud to work on behalf of a community that celebrates diversity and promotes tolerance,” he said.

State MP for Noosa Sandy Bolton said the Rainbow River Festival is “one of a suite of vibrant community events in the Noosa electorate that showcase our values, diversity and inclusiveness.”

“I’m sure you’ll experience the genuine hospitality and laid back lifestyle for which Noosa is so well known,” she said.