The company representative allegedly said no because, “Nivea doesn’t do gay.”

Prior to that, the relationship between the two companies extended back over 100 years. However, an internal memo from FCB global CEO Carter Murray said the companies would not renew the contract.

“There comes a point in every long-term relationship when you reflect on what you’ve accomplished together and set your sails for where your journey will take you next,” Murray wrote.

“Sometimes that journey ahead demands tough choices that lead down different paths.

“It is my hope that in reflecting on the incredible journey we’ve had with Nivea around the
world and in your markets, you take pride in what we accomplished together and come to
respect the many difficult factors we had to carefully weigh to take this step.”

“We are an international company with more than 20,000 employees with very different genders, ethnicities, orientations, backgrounds and personalities worldwide,” said Beiersdorf in a statement.

“Through our products, we touch millions of consumers around the globe every day.

“We know and cherish that individuality and diversity in all regards brings inspiration and creativity to our society and to us as a company.

“No form of discrimination, direct [or] indirect, is tolerated.”

The brand once marketed ‘skin lightening’ products in Africa and South Asia labelled by others as “racist” and “colourist”.

Previously, in 2017, the company removed and apologised for advertising for a deodorant that used the
tagline “white is purity”. 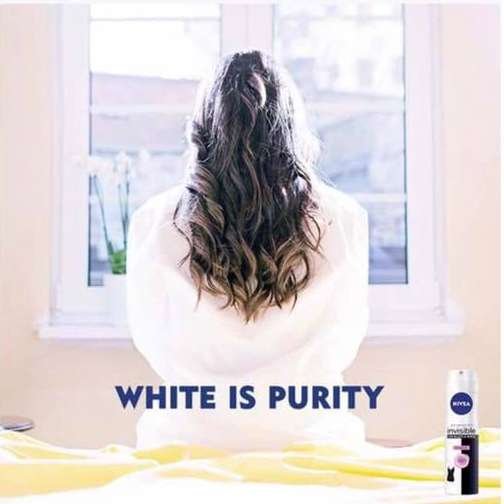