Victorian newspaper the Bendigo Advertiser has apologised for its role in the outing of 19th century Bendigo transgender man Edward de Lacy Evans 143 years ago.

The 2022 Bendigo Pride Festival kicks off this week. As part of the celebrations, organisers have unveiled a new community-led mural of “LGBTQIA+ pioneer” Edward de Lacy Evans.

“Edward de Lacy Evans was a Bendigo local who became Australia’s first celebrity trans man when he made international news in 1879,” organisers explain.

“In 1856, Edward travelled under his former name from Ireland. Edward arrived in Bendigo in 1862 where he worked as a carter, miner, blacksmith, and ploughman.

“In 1879, following an injury at work and a reluctant visit to hospital, it was revealed that Edward was assigned female at birth.”

Staff at the hospital later admitted de Lacy Evans to a psychiatric asylum. In the male ward, the trans man was forcibly stripped for a bath.

The asylum nurses subsequently forced de Lacy Evans to wear dresses and present as a woman. 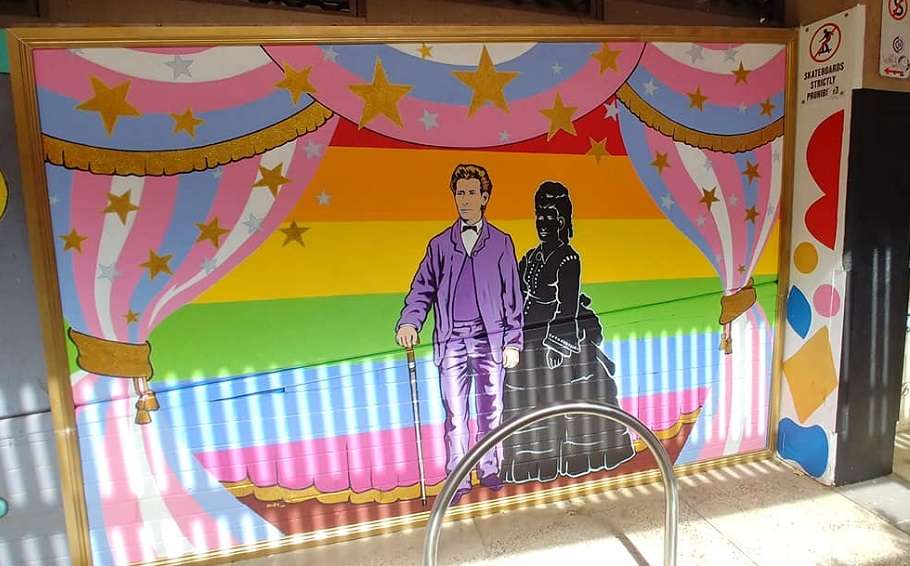 ‘Extraordinary Case of Concealment of Sex’

The incident at the asylum was then leaked to Melbourne newspaper The Argus.

The next day, Bendigo Advertiser began their “relentless and damaging” coverage of Edward de Lacy Evans.

On September 4, 1879, the Bendigo Advertiser published his name in a story headlined “Extraordinary Case Of Concealment Of Sex”.

“A woman, under the name of Edward de Lacy Evans, has for 20 years passed for a man in various parts of the colony of Victoria,” it reported.

The newspaper then printed numerous follow-up stories with details and photos about Evans and his family.

But this week, the Bendigo Advertiser published an apology for the “relentless and damaging” coverage. The “sensationalised” stories included details “that were none of the public’s business to know.”

“We helped make Bendigo man Edward de Lacy Evans’ name a household one and, along with newspapers across the world, fractured multiple lives because we cared more about a story that interested the public, not what was in the public’s interest.

“It was wrong of this paper, and many others, to describe de Lacy Evans as an ‘imposter’, ‘fraud’ and a ‘criminal’.

“There was no evidence to suggest he was taking advantage of others for his own gain.

“Just a bunch of journalists who did not understand their subject matter.

“It was also wrong, technically and morally, of this paper to declare that de Lacy Evans was ‘evidently insane, and had been for many years’.”

The newspaper applauded the transgender community “sharing its history, including de Lacy Evans’ significance as the first well-known trans person in Australia.”

But the newspaper can’t do that without “acknowledging our past”, O’Callaghan wrote.

“No-one called us out 143 years ago for our conduct,” the Advertiser piece reads.

“But we cannot be part of efforts to revive Edward de Lacy Evans’ good name until we call ourselves out.

“We believe many other newspapers in this country, and around the world, ought to do the same.”