The long-awaited movie, out in the US in June, follows two gay men who travel to the titular gay mecca, off Long Island, for a week-long holiday of debauchery, cheap rosé and eclectic friends.

Now a film, Booster said the project started as a TV pilot. It’s based on Jane Austen’s novel Pride and Prejudice, a personal favourite of Booster’s.

He said he and his mother would watch the BBC miniseries of the Austen novel at least once a year.

Booster took the novel on his first trip to Fire Island with longtime friend Bowen Yang.

“I was reading it there with Bowen, and it just sort of clicked for me,” he told Vanity Fair.

“I turned to him and was like ‘I should write Pride and Prejudice set on Fire Island. Wouldn’t that be so funny?'” He did, and after some false starts the film is “something really, really special and unique and gay.”

“The fact that we did that feels miraculous, considering what we were up against,” he said.

“Of course Clueless was such a big movie for me growing up,” he told Vanity Fair.

“I can’t tell you how many times I’ve watched it, from a time before I even understood most of the jokes.

“This is what gay men do all the time.

Booster said Fire Island addresses the intersections of race, class, and dating as a friend group vacations together. 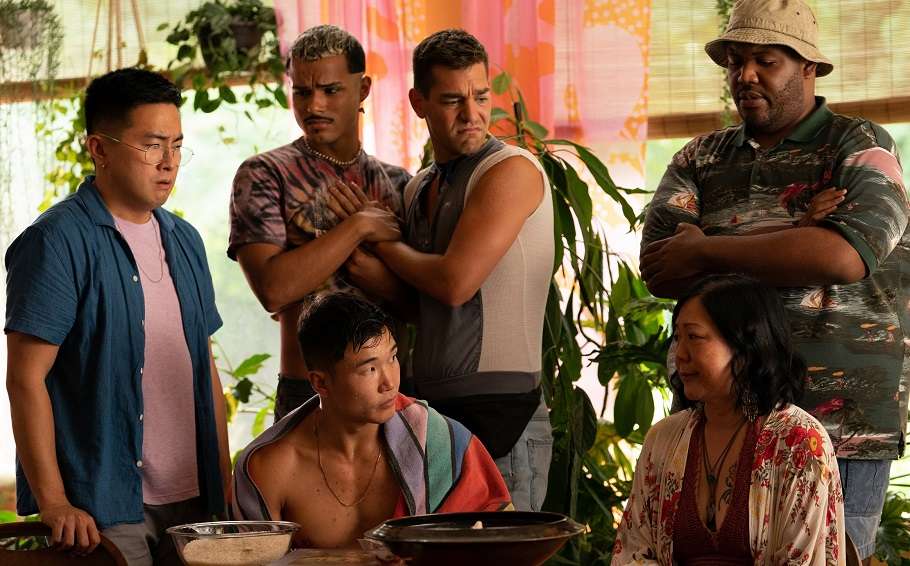 “What happens when gay men are put together on an island and there are no straight people to oppress us? How do we oppress each other?” he said.

“I want people – especially gay men, especially queer people – to walk away from the movie happy that they’re gay.

“I want people to come away from this movie feeling the joy of our experiences.”

Fire Island arrives in the US on streaming service Hulu in June 3.