Dallas John Baker was born in archly conservative Toowoomba and grew up there in the 1970s and 1980s. It was the peak of the “Joh years”, under Queensland Premier Joh Bjelke-Peterson, an era known for police corruption and brutality towards lesbian and gay people. Despite the hostile environment in which he found himself, Dallas refused to conform to norms of gender and sexuality, spending most of the 80s and 90s in full make-up and androgynous clothing. Dallas is now a senior lecturer at the University of Southern Queensland in Toowoomba and an accomplished author and playwright. In something of a first, his new play, about a gender-bending ghost and a queer teen, is being staged at Toowoomba’s historic Empire Theatre on February 22 and 23. Ben Mason sat down with Dallas to talk how he became a writer and why he wrote his upcoming play, Ghosts of Leigh.

When did you decide to be a writer?

I was nineteen years old. Someone asked me what I wanted to do with my life and I realised I had no idea. I contemplated it for a while and remembered that a monk, my English teacher at my private boys school in Toowoomba, had said everyone was good at one thing and you would know what that one thing was because people would tell you. I realised people had often told me I was a good storyteller, and I had done well at creative writing in high school, so I decided I would be a writer. From that point I started to teach myself how to write.

What was the first thing you wrote?

I wrote a few poems and short stories in school, but when I decided to be a writer I focussed on poetry, thinking it was the best way to learn about language. I still think poetry is a great way to train in both the structure and beauty of language. Later I turned to short fiction, and then novels and plays.

Where did the idea for your play Ghost of Leigh come from?

The play arose from my experience as a gender non-conforming teenager in the 1980s. It explores what cultural theorist Eve Kosofsky Sedgwick called ‘the war against effeminate boys’. Effeminate boys, or “sissies”, have long been the targets of hatred and violence, perpetrated mostly by other boys and men. A hatred of sissies is sadly commonplace, and a characteristic of heterosexual, bisexual and also homosexual masculinity across many cultures. The play explores this and shows there is actually something beautiful about sissies. 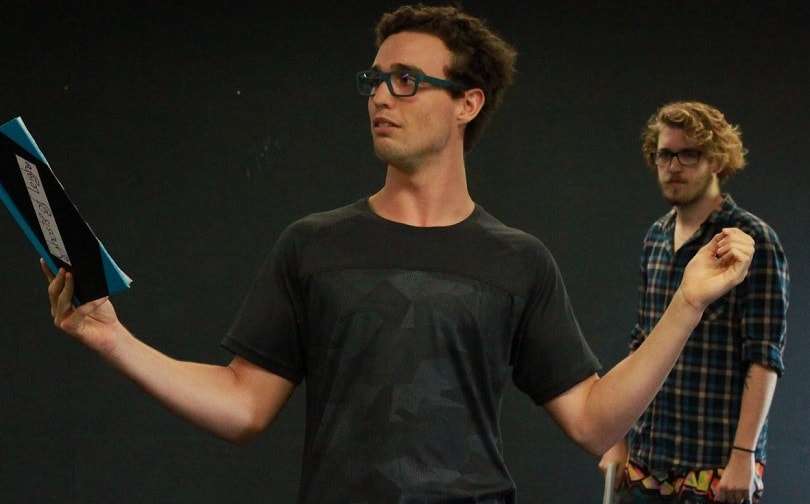 Is most of what you write about based on your life?

More or less. I don’t write complete factual accounts of what has happened to me, but I draw on my experiences to inform my characters’ motivations and actions. I think all writers do that, even those creating fiction.

In Ghosts of Leigh there is a character named Dandelion. How do you come up with the names of your characters?

I get told, like a lot, that I have an unusual name. This makes me lean towards giving my characters unusual names as well. That said, the main character of my fantasy novels, The Faeden Chronicles, is called Jack, a pretty common name, but in the fantasy world where that character ends up, it’s a strange name. There is something about naming that is important, that informs who we are. I think when you have an unusual name you are slightly more of an outsider. And I love the outsider character and the outsider perspective. 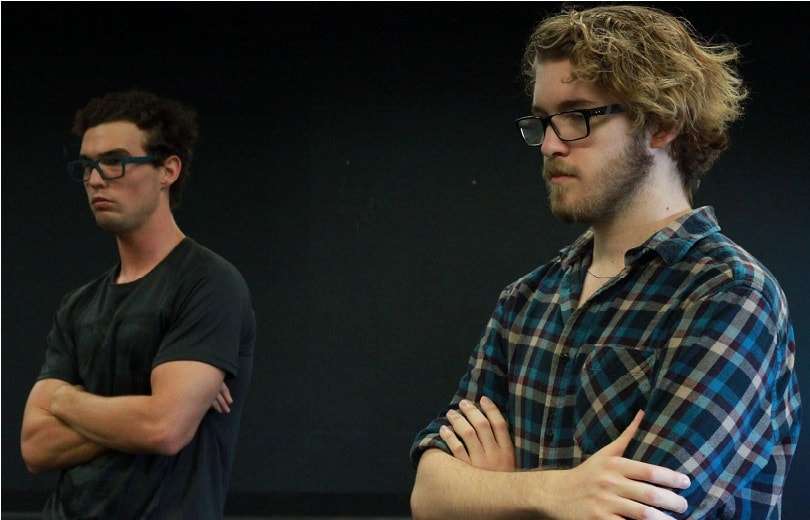 Do you have a writing routine? How do you write, by hand or on a computer?

I do have a routine. My writing is often inspired by a visual, I will see something in the distance through a window, or while people-watching, or perhaps will see something in my imagination. That image often has a feeling attached to it, it evokes something. I begin writing by exploring that image.

I write in the mornings, when things are quiet. I tend to write more in the cooler months because the heat and humidity fry my brain. I will often write the first part of something, the first chapter of a novel, or the first few scenes of a shorter work or play, by hand. Because I often start writing by hand, I tend to write lying down in bed, or on the floor even, or on a blanket under a tree. Then when I type that first draft up I do my first edit or rewrite. I do about four edits of everything I write before I let a professional editor have a go at it. My plays aren’t edited by another person though, they are shaped by me and me alone.

How long does it take you to write a play?

A one act play takes a few weeks. Something like Ghosts of Leigh, which is longer, takes a couple of months. I don’t write in one solid block, because I have a full-time job, so when I say it takes a few months I mean a few hours here and there over that timeframe. I am extremely lucky that as part of my job as a lecturer in writing, editing and publishing I am allocated time to produce creative works, so long as it is part of a research-related process or engages with community. Ghosts of Leigh ticks both of those boxes.

What books do you enjoy reading?

I read everything from Jane Austen to J.K. Rowling, from Marcel Proust to Stephen King. I read a lot of Southern Gothic literature, which I think has resonances with places like Toowoomba, and my favourite writers are Truman Capote, Carson McCullers and Eudora Welty, among others.

What are your favourite plays and why?

I love plays by Tennessee Williams. I probably should be embarrassed to admit it but I really identify with his character’s backstories (the tortured, fey outsider) and love a bit of melodrama. For me, the best plays are those that trigger both an emotional response and some reflection. I try to make sure anything I write for the stage does both those things, evokes feeling and enjoyment and causes the audience to reflect on issues. I think Ghosts of Leigh does that quite well, the issue it asks us to think about being social conformity.

Ghosts of Leigh is at the Empire Theatre in Toowoomba on February 22 and 23. Tickets are available from the theatre’s website.