Organisers have announced that this year’s Sunshine Coast Pride Festival has been rescheduled for next month.

The festival, organised by volunteers from the Sunshine Coast Pride Network, was to be held in late February but had to be postponed due to bad weather.

The Sunshine Coast Pride Festival is in its 11th year and has a theme this year of “We Are One,” inviting the Coast’s LGBTIQ community, family, friends and visitors to come together and celebrate diversity and inclusivity.

“The theme is about encouraging all community members to be proud and confident, and remembering that we are all one family,” organiser Marj Blowers said.

Drag queen trio The Powderpuff Girls – Sal, Melony and Holly Wood (pictured below, left to right) – will also perform together on stage on the day.

The popular Pride Pooch Parade will return to showcase the best-dressed dogs from the community. There’ll be prize hampers up for grabs for the lucky winners, with all proceeds going to the Noosa RSPCA.

Marj Blowers said community groups will have stalls set up and the park will have plenty of green space for picnics and BBQs on the day, as well as playground facilities and a skate park for children of all ages.

After the Fair Day, the pride celebrations will continue into the evening at local event Pinky’s, hosted by Melony Brests, at The Waterfront Hotel in Bli Bli that evening.

Pinky’s is held on the last Saturday of every month at the hotel, with the money raised from gold coin donations at each event going towards supporting the annual Pride Festival.

The Sunshine Coast Pride Festival’s Fair Day will be held on Saturday, April 28 at Quota Park in Nambour from 10am until 2pm. For more information, visit the Sunshine Coast Rainbow Network’s Facebook page. 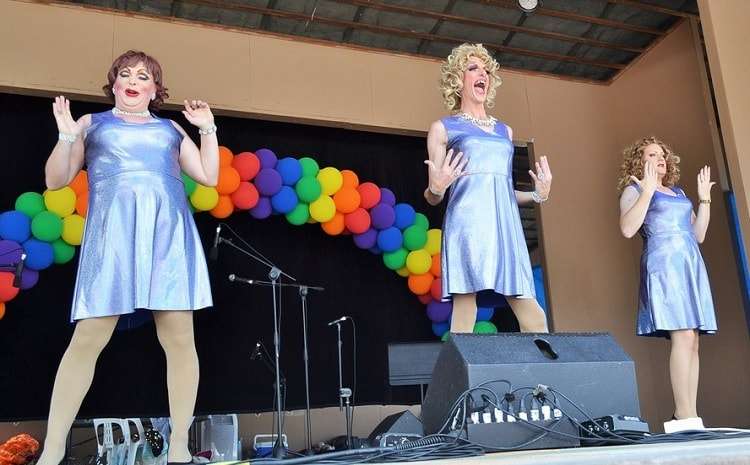