A US gay couple, Randy and Skyler, celebrate the wedding they didn’t think was possible in heartwarming Netflix reality show Say I Do.

The new show comes from the producers of Netflix favourite Queer Eye and is in some ways similar. In it, three gay experts help plan spectacular weddings for eight deserving couples.

Each episode spotlights a different couple who hasn’t had their dream wedding for various – sometimes heartbreaking – reasons.

Enter the trio of experts: fashion designer Thai Nguyen, chef Gabriele Bertaccini, and interior designer Jeremiah Brent. The men help one half of each couple plan a personalised wedding and surprise the other.

Two gay couples feature in the show’s eight episodes, including US couple Randy and Skyler in Say I Do‘s season finale.

The pair have been together for seven years and engaged for two. But their dream wedding has eluded them. Randy explains his insecurities with his sexuality and being out and proud.

When he told his mother about his engagement, Randy was left devastated when she said, “You are a bad brother, a bad uncle and your soul is black.” 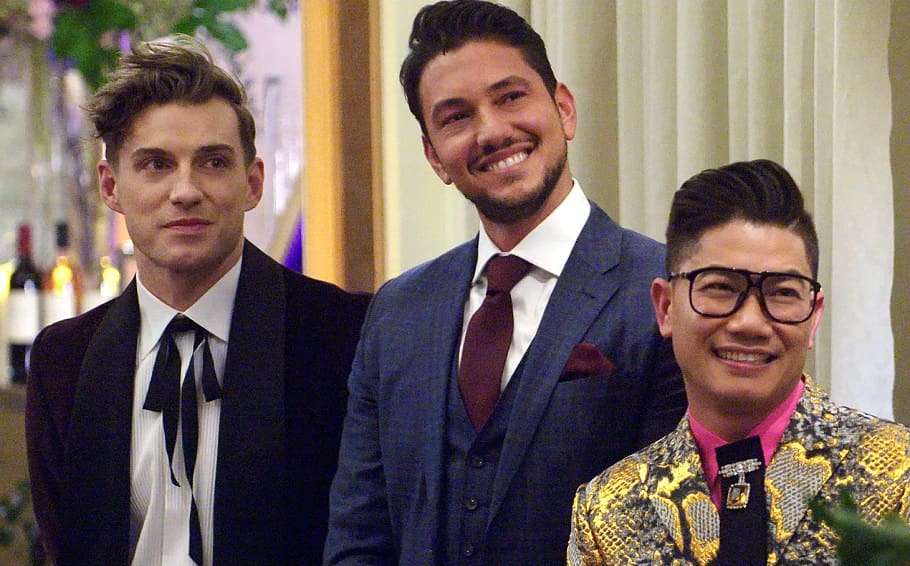 Randy and Skyler walk down the aisle with pride

In the Say I Do episode, the three hosts take Randy and Skyler to an LGBTIQ storytelling open mic event in their city, Indianopolis.

At the event, the couple hear real stories from other queer people in their community.

Host Thai Nguyen also shares with the couple his own struggle being a gay son in a traditional Vietnamese family.

Nguyen said he has been with his partner for 13 years. However, he says he won’t marry until his parents come around and accept his relationship.

In the episode, Randy and Skyler get a happy ending and celebrate a beautiful ceremony walking down the aisle with pride.

Say I Do is available to stream on Netflix. Watch the trailer below: