New Australian teen drama series More Than This, created by a teenage team of writers and actors, arrives on streaming this week.

The six-part series on Paramount+ is created and written by 19-year-old actor Olivia Deeble and co-created by longtime friend, non-binary actor and filmmaker Luka Gracie.

Both have leading roles in More Than This, “the real, authentic and often raw story” of five 17-year-old Australian students. The teenagers’ very different worlds collide when they’re thrown together in a Year 12 English class.

Olivia Deeble is known for her three-year role as Raffy on Home and Away, and also previously starred in ABC children’s series Little Lunch.

She began writing the series when she was just 17 and completed the project while in Year 12 during Melbourne’s Covid lockdown.

Both she and Luka (pictured below) said they wanted to make sure it represents a diverse mix of real-life teen characters played by young actors. 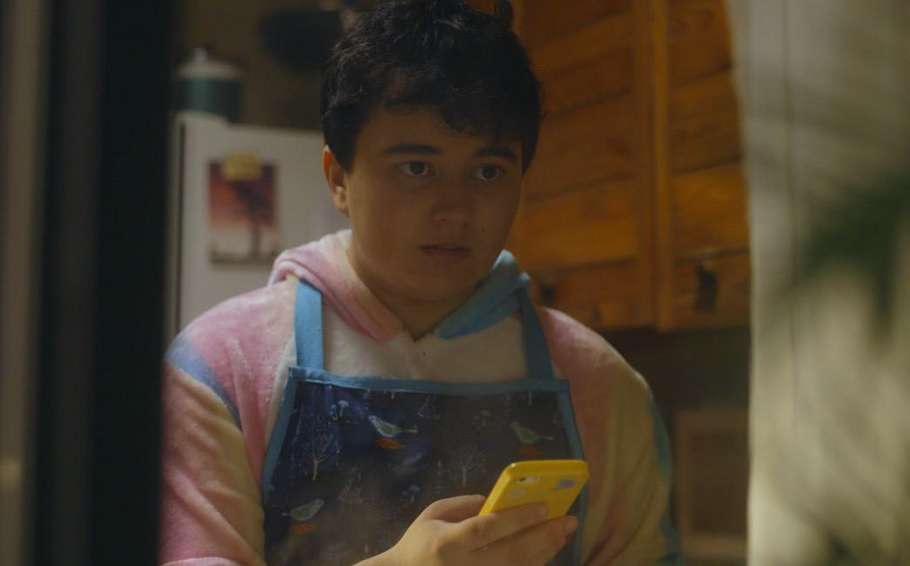 Olivia Deeble said she first had the idea for the series after travelling to the US and doing a pilot season.

After playing the same stereotype fifty times over in auditions, she was desperate to see a story and characters that truly represented teen life like hers and her peers.

“I had auditioned for and watched hundreds of high school shows and they were all the same,” she said.

“None of them were telling anything near my truth or experience, so I wanted to make something authentic.

“I asked my friends what they would want to see on screen and the answer was ourselves: real teens and not shiny, airbrushed versions of teenagers played by 25-year-olds with adult bodies and adult confidence.”

‘The characters, words and story are our own’

Olivia brought this up with childhood friend Luka Gracie, who is a longtime volunteer at Victorian queer youth charity Minus18.

They both agreed there was a real lack representation of Aussie kids in teen series, particularly LGBTQ+ teenagers.

In developing the show, the creative team also asked dozens of young people what they’d like to see depicted.

In More Than This, Luka plays Jamie, a shy 17-year-old non-binary teenager.

Oisin O’Leary plays the out and proud Benson, student by day but fledgling teen drag queen by night.

And queer couple Zali and Emma are also navigating their complicated relationship.

More Than This tells their stories from a different character’s POV each episode and how they intersect with the others in their Year 12 group.

“I am really proud of More Than This,” Olivia said.

“I feel like the characters, words and story are our own. It’s a realistic depiction of how Australian teenagers feel while still being a great series with a whole lot of characters you can fall in love with.”

More Than This starts streaming in Australia on streaming service Paramount+ from Friday, March 4.