The inclusive spirit of the MELT Festival and its celebration of queer diversity is reflected by the variety of artistic forms in the line-up.

The MELT programme, running until Sunday, May 27, proves that ‘queer art’ is no longer simply a shorthand for presenting the tortured soul of the white gay man onstage. ‘Queerness’ at MELT explores and mirrors back the reality of diversity in the experiences, interests, personalities and sex lives of those identifying as queer.

While ‘something for everyone’ may be impossible, the range of MELT’s programming comes close, offering a celebratory, welcoming, and fun platform to attract as widespread an audience as possible. More important still, the eclecticism of form and style in the line-up ensures that anyone attending will learn something new about the lived experience of other people.

For the traditionalists though, there is still plenty to enjoy. Bare (pictured above), a rock opera/musical about the repression of same-sex love in a Catholic High School setting may seem old-hat with its white-teenage-boy-struggle-story, the musical form, and it being literally nearly 20 years old – but the appetite for a revival is poignant.

With 22-year old musical Rent playing elsewhere in Brisbane this month, and the suicide of a 13-year old boy bullied for being gay in North Brisbane only 18 months ago, perhaps the age of marriage equality and “This Is Me” is less accepting than we’d hope. Bare may be an apt programming choice.

An intriguing premise, as real-life actor and writer Crisp described homosexuality as a ‘terrible disease’, claimed that ‘the world would be a better place without homosexuals’ and even suggested that if a foetus could be identified as predisposed to being gay, it should be aborted.

A man of contradictions, this is in spite of Crisp’s visible homosexuality as ‘for sale’ to a 1970s pop culture market – although he may have been jealous of the advocacy movement toppling his ‘only gay in the village’ celebrity status.

I’d see this show as a fascinating insight of another time and mindset entirely, one in living memory for some but that a new generation must understand to understand ourselves and our progress. Hopefully, this production fully explores the complexity of Crisp rather than glorifying him, as it’s important that we don’t unnecessarily eulogise all our late queer icons as queer heroes. 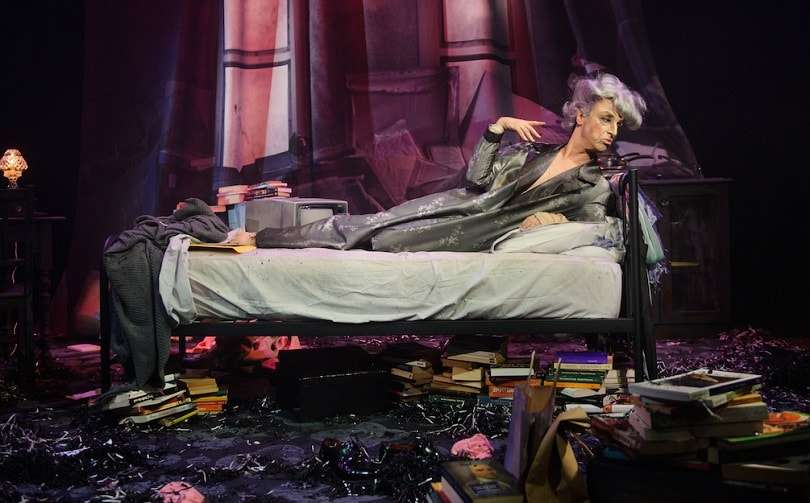 The practice of combining tribute with ‘channeling’ our icons is now a theatrical trend, from local Naomi Price as Adele, to Tracie Bennett’s Tony-nominated performance as Judy Garland, to Audra McDonald finally making Lady Day at Emerson’s Bar & Grill a major success as Billie Holiday.

But in Like Mariah, Josh Daveta claims to ‘resurrect the career’ of Mariah Carey, that ‘the spirit of [her] presence will be made known and manifest’. So…Is he playing Mariah? Mocking Mariah? Lip-syncing to Mariah? Still unsure, I’m curious enough to buy a ticket and find out!

If the appetite for single-performer shows isn’t sated, Share My Blankets and Measure of a Man both track the sexual experiences and anxieties of their artists (Aly and Gavin Roach). The introspective ‘alternative sex life’ monologue may need more than getting naked on stage (Roach) to translate into ticket sales, but on the other hand, he trained 2 hours at the gym and did 60 squats daily to be ready, so that may help! Aly, meanwhile, has a live 2-piece band and original music to support her. 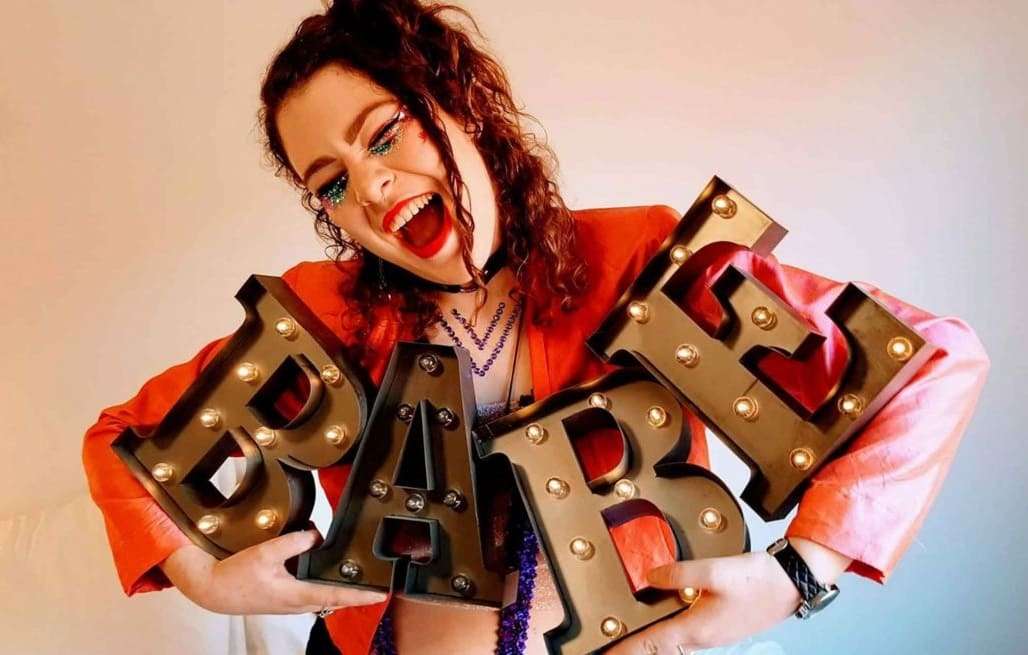 Following in this personal exposé tradition is Robert Webb & Benjamin Law: How Not to Be a Boy. A show to accompany Webb’s memoir release, Law will question Webb on his relationships and the ‘nature of masculinity’. Toxic masculinity is the subject of the hour, and indeed, has a devastating and often overlooked impact on the lives of men.

The English celebrity comedian will guarantee bums-on-seats regardless, but is a married straight man referring to ‘schoolboy crushes (on girls and boys)’ enough to constitute entry at a queer arts and culture festival? Perhaps, perhaps not.

Hooking Up also treads the ground of personal sexual exploits, with the added novelty of improvising those stories by ‘taking inspiration from real-life scenarios’.

Coupling: A Queer Love Mix Tape, meanwhile, looks to popular culture for inspiration and ‘reclaims [great love duets]…for same-sex couples’. Personally, I’m becoming nostalgic for a time of craving nostalgia as the cultural marketplace is now flooded with it – but there’s certainly an audience hungry for it.

Some true classics, though, just refuse to stay down, and in rare cases, deservedly so – the Briefs boys are back in their underwear-clad glory, combining feats of cabaret, circus, eroticism and sheer joy. All the better for being a home-grown talent of international acclaim, they’re back from Europe to thrill long-term fans, and perhaps excite some new ones on their home turf.

In an age where the once-subversive drag culture is embraced by the mainstream (thank you, Ru Paul!), the now-famous Beauty Pageant of Brisbane’s Drag Queens and Kings is sure to guarantee an audience. As with Briefs, bodies are used to explore constructions of gender and beauty – but also as a rebellious revelry in the sheer camp fun of it all!

Free event Tragic Trivia (pictured below) embraces this joy in an exploration of queer history combined with the current resurgence of trivia – the new bingo – and all the traditions of drag culture. 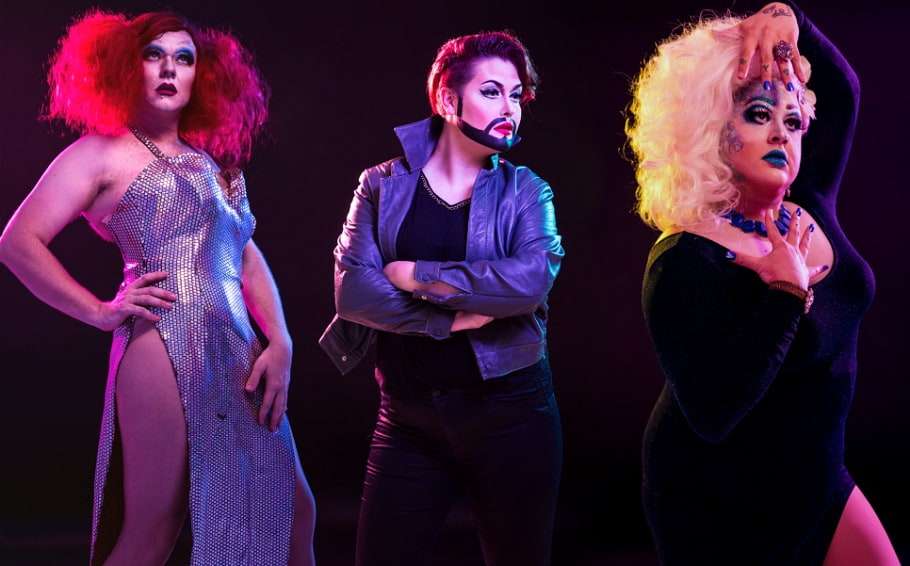 The diversity of queerdom and the individual interests and lives of local queer people also results in Gaymers, an expo fusion of table-top and digital games by queer designers and queer players. Gaymers is another example of interests once considered niche meeting the mainstream as a community finds its voice.

Beyond sex lives and the fun of queerness, then, runs the gravitas of vital reflection on who we are and where we’ve come from, politically, personally and socially – and asking where we are now, internationally and locally.

IDAHOT (International Day Against Homophobia, Transphobia and Biophobia) was celebrated on Thursday, May 17 – a sobering reminder that this is only 28 years to the day since the World Health Organisation removed homosexuality as a disease.

Quinn Eades brings this reflection up-to-date in Endings & Beginnings, exposing the raw wound behind the achievement of marriage equality in the horrifying public debate of the postal plebiscite.

But Creating Ourselves: A Queer Youth Panel looks forward with hope, with indigenous activist Aretha Brown, as well as Aly Lorén and Josh Daveta, discussing with host Benjamin Law their queer footprints on the local landscape and plans for the future.

MELT’s line-up looks past, present and forward with an array of glamorous, camp celebration, sizzling eroticism and reflective and thoughtful political focus – and with such variety of form, celebrates diversity through all of it, reminding us that there is no ‘type’ of queer – or if there is, all types are welcome.