Held as part of Brisbane’s Pride Month celebrations, the event has been a free showcase for local LGBTIQ artists to help lift their profiles and sell their work.

All artworks in the exhibition are on sale at the exhibition, being held in collaborative space The MYX, located at 349 Montague Road, West End, Brisbane.

This Friday afternoon the exhibition will finish but doors are open until 9pm tonight (Thursday, September 27).

Read on to hear about some of the established and up and coming artists we’ve featured in the exhibition.

Ethan’s digital print series Hung Dada (pictured, above) can be found at his website and his wonderful colourful homoerotic pop art is available as prints, apparel and postcards.

“I’ve always liked to explore controversy, dragging the things we hide out into the light where it can no longer be avoided,” he said.

“For many of us, sex is a big, often perverted, part of our lives and even if we pretend it’s not.

Mina, a transgender woman from Brisbane says, “I’ve always liked how the renaissance painters made a subject seem so serene, so other-worldly.

“One day, I looked through old 3D scans of my son and I realised that it was like peering into another world, a world full of warm soothing darkness, safety and contentment.

“So I merged the technique of portraiture incorporating a balance between light and dark and the subject of a baby in utero.” 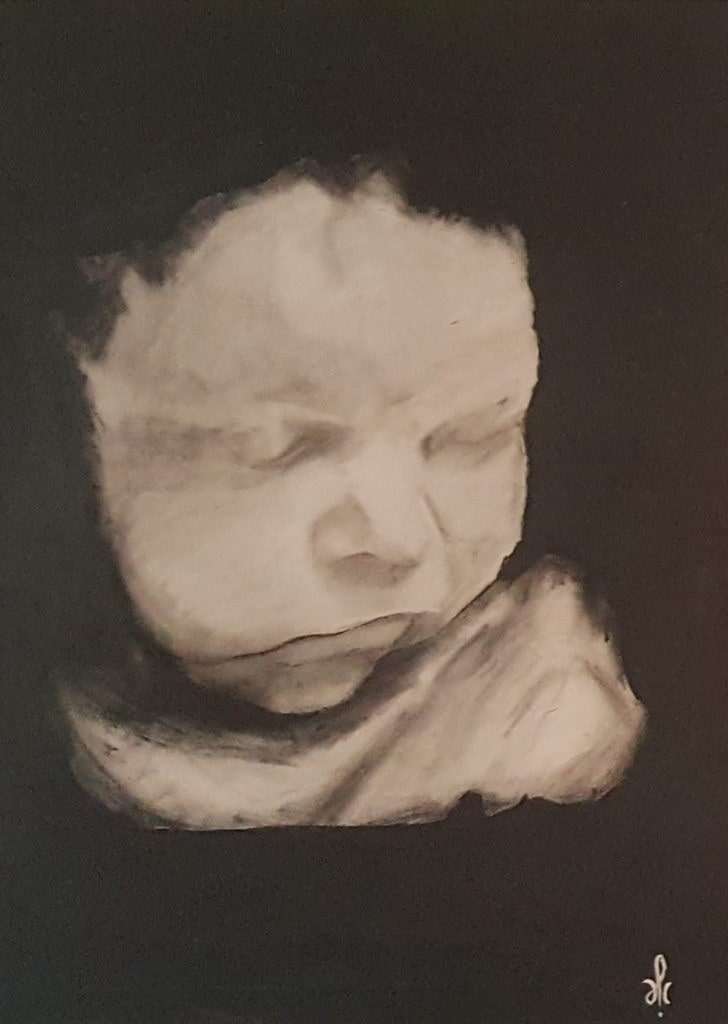 Carlo is a comic artist, illustrator, and writer. He graduated from Griffith University with a Bachelor’s Degree in Animation, 1st Class Honours.

He’s presently the creator behind the webcomic, Rogue, available to read on Tapas. 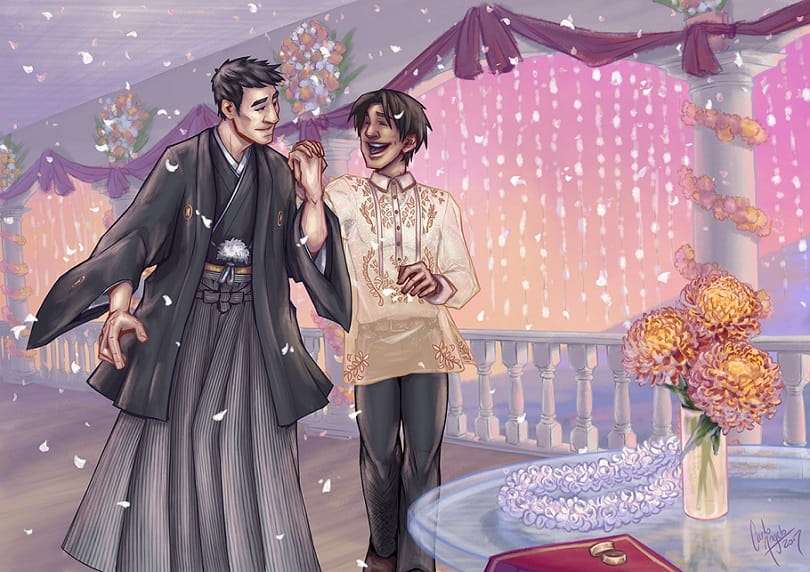 Alan studied at Glasgow School of Art from 1976-1981; graduating with first class honours and winning the coveted Newbury Medal.

In 1985 he moved to London gaining numerous commissions from companies such as The Royal Shakespeare Company, Hawker Siddely, British Telecom and 20th Century Fox.

In 1986 his portrait of Andrew A. Celli ( Actor) was selected for the John Player Portrait Award in The National Portrait Gallery.

Since 1992 Alan has worked in Scenic and Mural Art working on Michael Jackson’s Dangerous Tour Launch Party in Munich to painting ceiling Murals in Prince Zabeels palace in Dubai.

He has now relocated to Brisbane and is working on a November 2018 exhibition at Artworld Studio gallery, Brisbane, based on abstracted landscape forms. 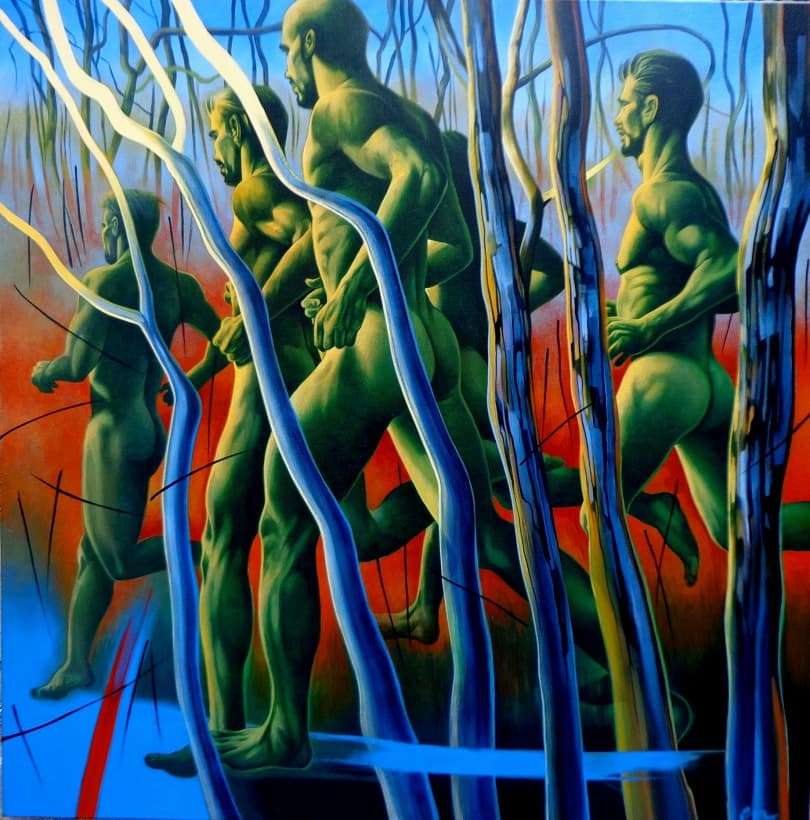 After a 13 year career in Dance with a focus on Classical Ballet, Ollie isolated himself over the last 10 years to focus on visual art.

As a result, he says, he has had experiences such as Astral Travelling and Kundalini. He references these unexpected metaphysical events in his art. 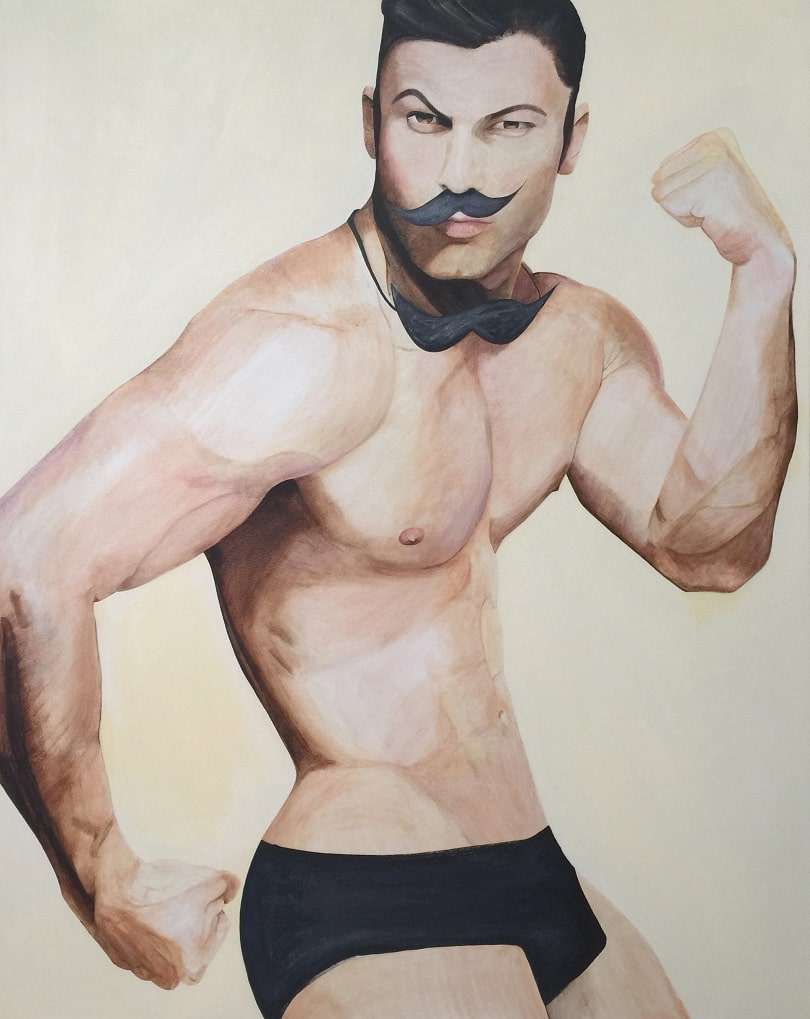 Sally is a painter, illustrator, maker and imaginator. In the past decade she has forged a career as a Producer in the Performing Arts to ensure she can afford cadmium red in a 40ml tube.

“When I was a child I fantasized that my life took place inside one long continuous comic strip, a product of both an over active imagination and a need to escape reality…decades on not much has changed,” she said.

“Ten-year-old me is still 48 year old me… with a little darker content and a hell of a lot more baggage to tell the story.” 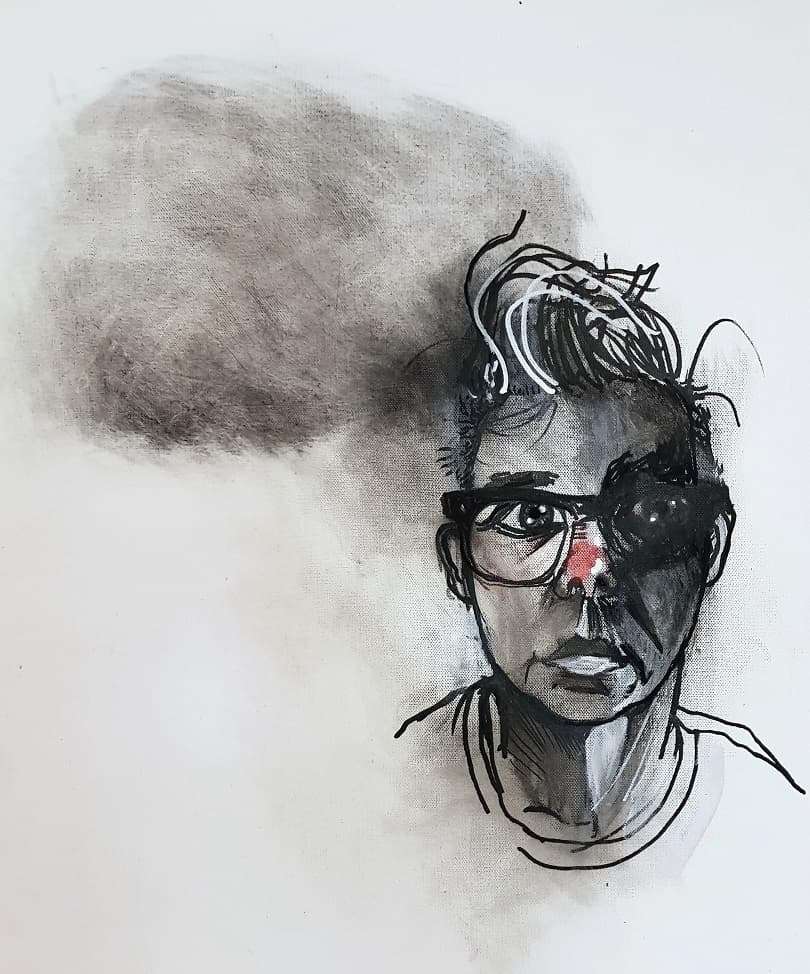 Danielle documents landmark events in the history of the Brisbane LGBTIQ, attending rallies and marches as a photographer and as a passionate participant.

She studied her Bachelor of Photography with Honours at the Queensland College of Art.

He explained his journey of discovery, “Growing up I struggled to see myself within the books, films and television shows that were around me. It was only when I came to realise my own sexuality that it became apparent why.

“Queer characters didn’t exist in media. If they did their authenticity was jaded by bias and stereotype. By omitting queer characters, we tell the queer community that they do not have a place within the world of these stories. We need stories to help make sense of who we are.

“My work focuses on creating narratives that bring queer characters into the limelight, up front and centre.” 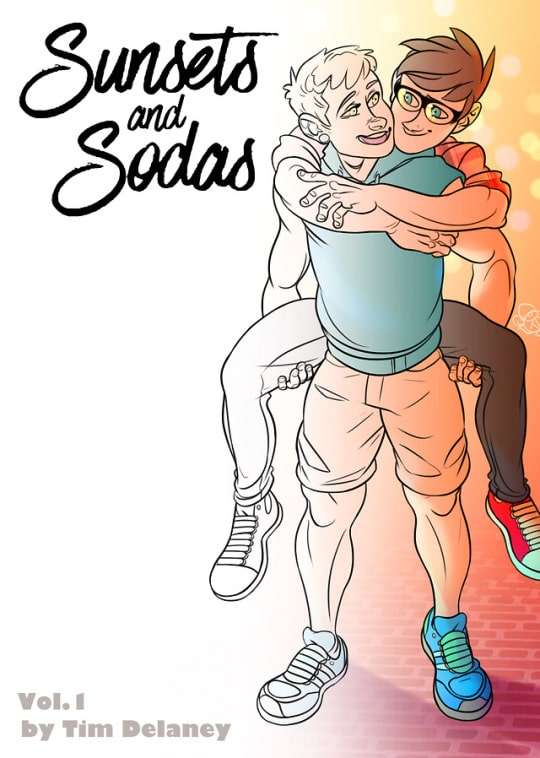 He’s been cross-stitching since childhood and has always been interested in society’s attitude of undervaluing art and craft that has been historically seen as ‘women’s work’ – embroidery, tapestry, textiles and the like.

Inspired by the same-sex marriage postal survey, and the fear of gay sex and relations that our community was constantly bombarded with, gave me my subject matter. It began a labor of love to present gay sex in all it’s glory. 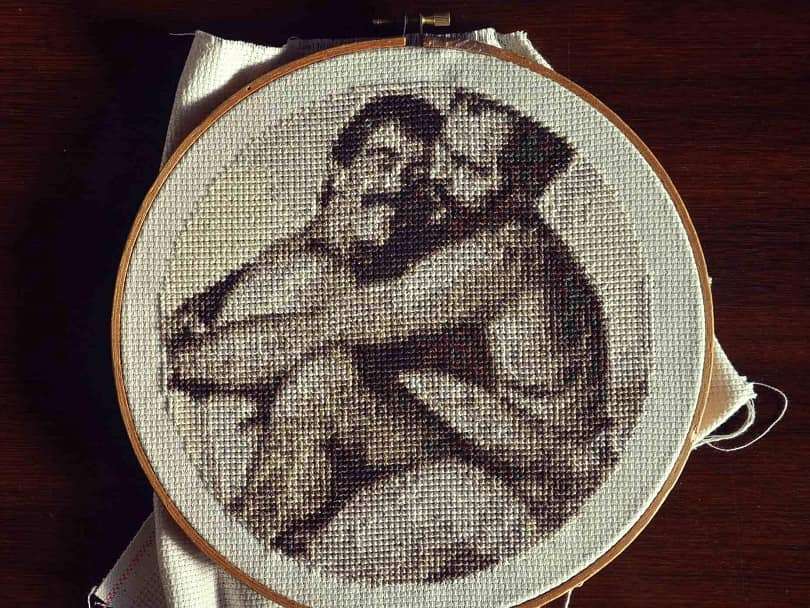 Kate is a visual artist working in acrylics and mixed media from her home studio in Brisbane, Australia. Since childhood, she has been preoccupied with creating beautiful or functional things from whatever she has to hand. Kate says,“It’s a kind of problem solving that I really enjoy – I love working out how to translate the vision in my mind into reality”.

Kate has spent the last decade experimenting with different media, in between moving back and forth from the UK. Now permanently settled in Brisbane, Kate’s most recent work has been exploring maturation, mental health, and the internal world. 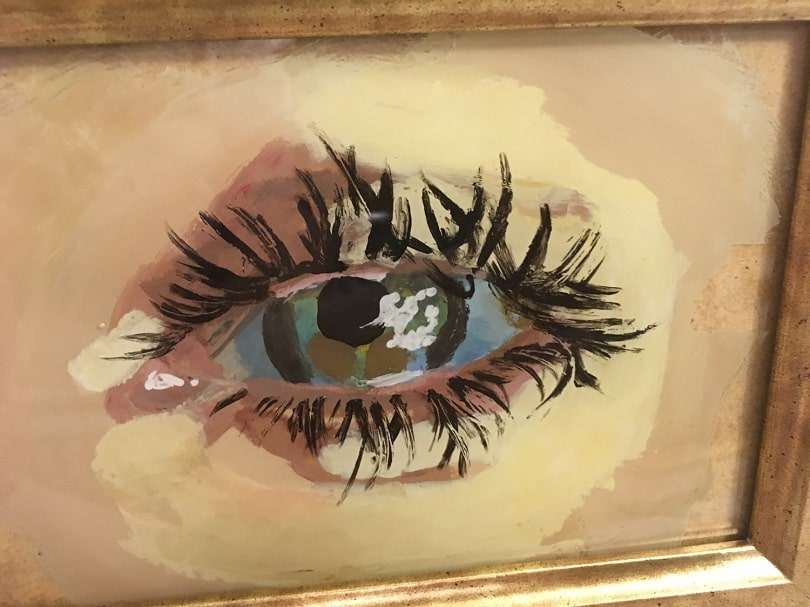