Up to 20,000 people flocked to the LUMINOUS Lantern Parade held at Brisbane’s South Bank Parklands last night to celebrate diversity. Marching in the parade for the first time in 2019, the Rainbow Hub. Brisbane’s Rainbow Hub offers international queer students in Brisbane a safe space to celebrate identity and diversity without discrimination or judgement. 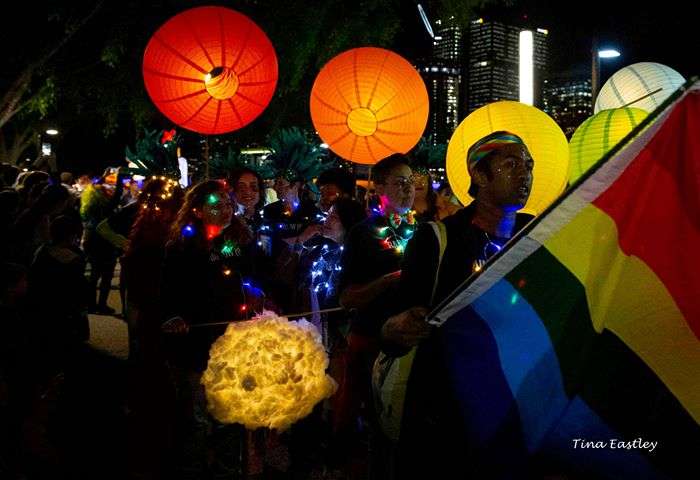 The parade saw a number of rainbow flag designs, both from the Rainbow Hub contingent and other marchers.

Held in the same week of Queensland Day, the annual celebration pays homage to the State’s culture, heritage, people, places and industry. 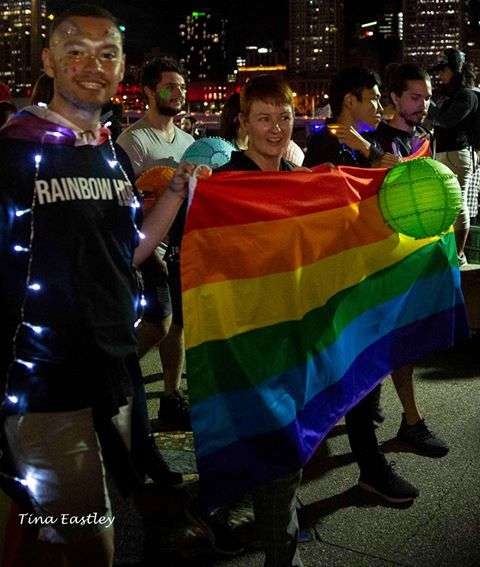 It pays tribute to strength inherent in the state’s diversity and multiculturalism.

In addition, many marchers, including some from the Rainbow Hub draped themselves with fairy lights. 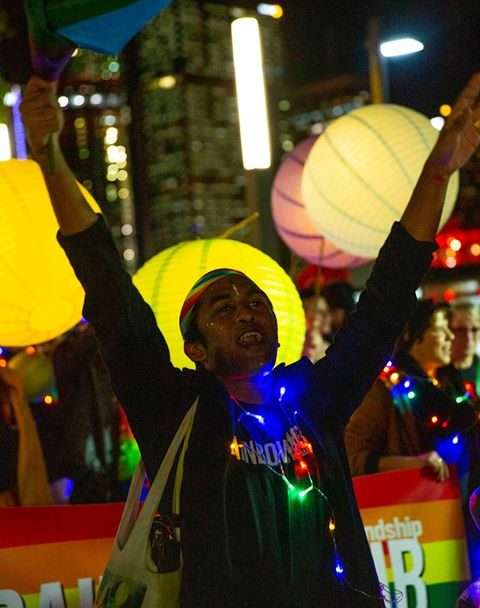 Last month, Louise Kane from Rainbow Hub told QN Magazine said the students were excited to join the parade for the first time.

“Queer international students come to Brisbane from every continent except Antarctica,” she said.

“Their home countries have varying attitudes to LGBTIQ people. They range from tolerance through societal disapproval to judicial or extrajudicial threats to life and liberty.

“Therefore, we are all about providing a welcoming and queer home away from home.

“For many of the students, it provides opportunities beyond anything available in their home country.” Earlier this year, QN Magazine featured gay male students from the Rainbow Hub on the cover of issue 471.

Coming up in our next issue 482, we will feature an updated version of that cover. Our June 21 issue will feature a new photograph featuring four magnificent female students from the group.