Around 150 people have come together to march in Mackay’s inaugural Rainbow Pride event this week.

After a rally at Bluewater Quay, the attendees waved rainbow flags and signs as they marched along the Forgan Bridge on Wednesday morning.

Organisers hope the event is the first of many to come in the regional Queensland city.

“[Pride] is to honour how far we’ve come, but also how much further we still need to go,” Chester said.

Chester directly addressed those who had asked her, “What about a straight pride event?”

“Or been attacked verbally and physically by strangers for simply holding hands with their significant others.

“These fights for acceptance and equality aren’t over.

“The resilience of the LGBTIQ community alone is worthy of celebration.

“You are brave, you are loved. You are worthy of living the life you want with the person you love.” 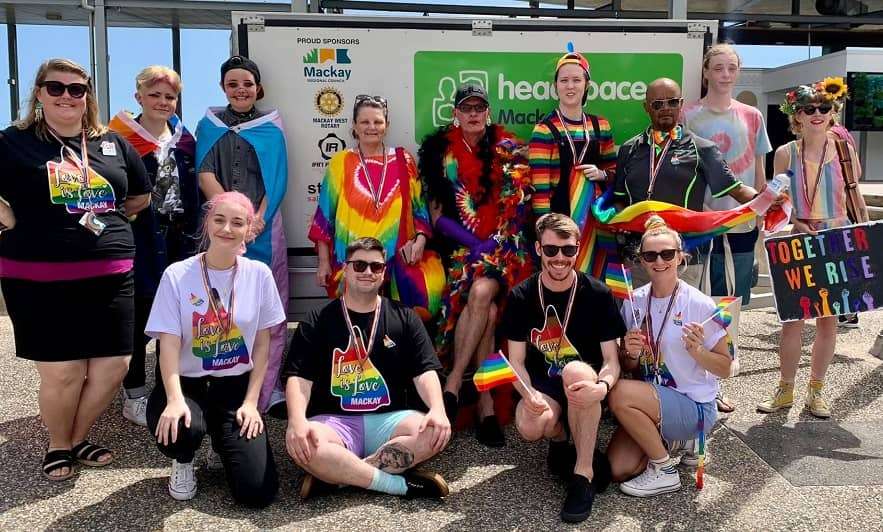 Mackay Rainbow Pride march attendees told to be ‘unapologetically you’

Mackay local Georgia told the rally she came out at the age of 12. While her parents and peers accepted her, she said other queer people aren’t as fortunate.

“I’ve been blessed with a supportive coming out experience,” she said.

“[However] I have seen people around me kicked out of homes, bullied by peers, heckled by strangers and unfortunately lose their lives.

“It’s time to show people here that we are a fearless group of people and support one another.

“Let’s be heard and not silenced. Lets be loved and not hated upon. Let’s be unapologetically us.”

Clifford hopes the march is “the first of many” despite the COVID-19 pandemic. She described the event as “a taster” of larger celebrations to come.

It comes as Brisbane gets ready to celebrate Pride Month in November. The Brisbane Pride Festival postponed this year’s celebrations in September.

The festival will hold its annual Fair Day celebrations in New Farm Park on November 28.