West Wimmera Shire Council in regional Victoria has reversed a ban on council flying rainbow flags in its biggest towns after backlash against offensive comments from the mayor.

In April, the regional council in the state’s west, voted down a proposal to fly the rainbow flag for IDAHOBIT.

The International Day Against Homophobia, Biphobia, Intersexism and Transphobia is on May 17.

Many local councils across the country show support for their LGBTIQ+ communities by flying rainbow flags on the day.

He said the “particular issue” of LGBTIQ+ inclusion is “only one of a lot of moral judgements” that aren’t the role of local government to make.

“As far as making moral judgements, they are decided by law, by state and federal governments.

“Gay marriage is legal. There are lots of issues. You’ve got to equate this to — there are many people who want the Marriage Act changed so that 12-year-old girls can marry.

“There are a lot of people who don’t want any age of consent, which would virtually legalise paedophilia.

“Local government has to keep its nose clean and not be asked to be the moral judge of all these sorts of things.”

The mayor’s “deeply offensive” comments caused outrage across the community, and spurred local residents and businesses to fly rainbow flags in response.

But two weeks later, the West Wimmera Shire Council has had a change of heart.

At a special meeting on May 9, councillors voted unanimously to install new community flagpoles in the region’s biggest towns – Edenhope, Kaniva, Apsley, Garoke and Harrow.

Once the flagpoles are installed, community members can apply to fly a community flag they provide to council.

The council also voted four to one to fly the rainbow flag at council buildings on Tuesday (May 17), if the community flagpoles aren’t ready in time for IDAHOBIT.

Mayor Bruce Meyer (pictured below) was the sole vote against that motion. 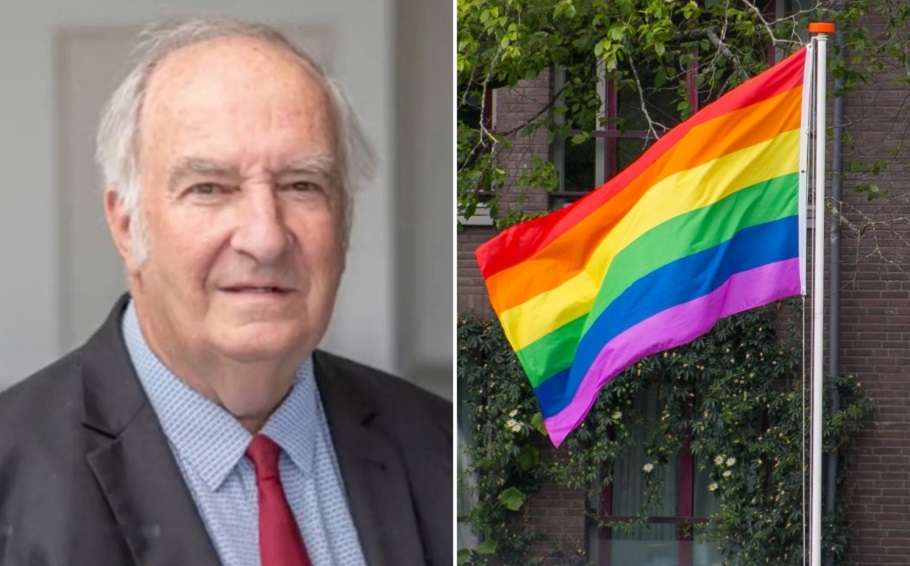 The group lobbies all levels of government in rural western Victoria on LGBTIQ+ equality, particularly the region’s transgender community.

“We’re excited for the people in the community that asked for this and we will be celebrating with them in Edenhope on 17 May,” he told The Guardian.

“It’s incredible to see the allies in the West Wimmera Shire and their LGBTIQ+ community rally together to show the country Bruce’s comments do not reflect their community.

“The outpouring of support from LGBTIQ+ communities around the state has been very inspiring and uplifting.”

But he added of the saga, “We can’t help but ask, is all of this necessary? Can’t we all just show each other a bit of respect?”

West Wimmera Shire Council has voted to fly the rainbow flag on IDAHOBIT (May 17).

This is a testament to the advocacy of the local community who spoke out in support of flying the flag after the Mayor’s offensive comments last month.https://t.co/18CLixqLLN