The athletes and their supporters gathered at The Wickham in Brisbane on Sunday to celebrate the milestone and unveil the club’s new swimsuits (above).

Tritons president Sean Langeveld said the club began in 2016, with the help of the Brisbane Barracudas water polo club, as well as the Tritons’ counterparts Sydney Stingers and Melbourne Surge.

“The Tritons provide a safe and inclusive environment for people who want to learn or return to water polo,” Sean explained.

“Many people who’ve come to your club have shared stories of either not being comfortable identifying as queer in school or adult sports clubs, out of fear of retribution for being who they are.

“Our club provides an environment for people to join in, learn the sport, have fun and join us for a drink afterwards. We’re not just here to play water polo, we’re a community and we’re a family.”

Langeveld (pictured below) said five years ago, the Brisbane Tritons started with just 14 members but had grown in size.

“The majority of [the founding members] didn’t know how to play, but we now have a competitive team and we’re winning some games,” he said.

“In five years, we’ve had over 350 people come through the club, which is amazing. We currently have nearly 100 active members.

“When we started back in 2016, there were only a few LGBTIQ sports clubs teams around Queensland.

“Since then, that number has really increased. We’re really excited to see Brisbane really step forward on that front.” 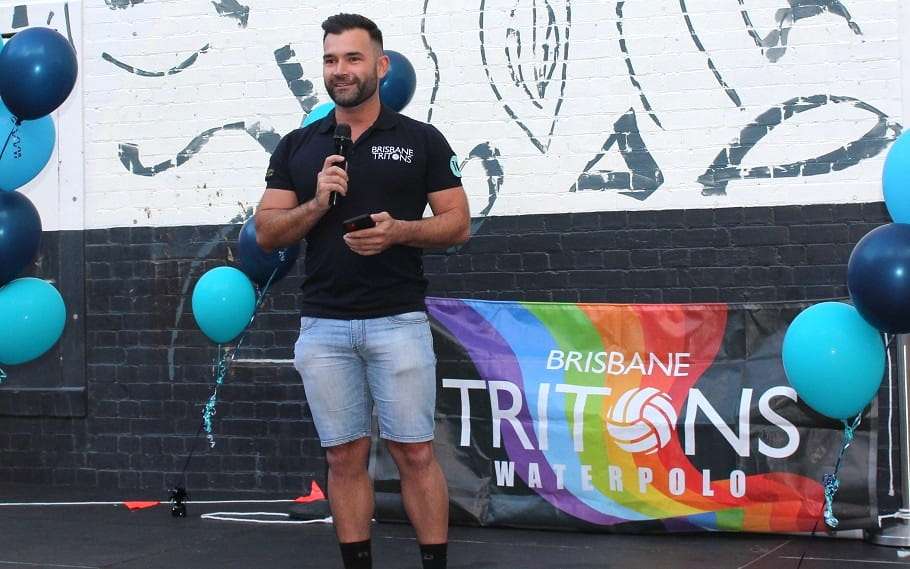 Langeveld said the club “wouldn’t be here” without support of the Barracudas, Water Polo Queensland, coaches, players, sponsors and volunteers past and present and thanked them all.

“The Tritons participate not just locally with our four teams in the Brisbane competition each summer,” he said.

“I’m so proud of how far we’ve come and what our Tritons community has managed to achieve.”

The Brisbane Tritons water polo club train at the Valley Pool in Brisbane. The club welcomes new players 18 years and older to join them, including beginners.