A lesbian Belfast couple have made history as they became the first pair to have a legal same-sex wedding in Northern Ireland.

But since Northern Ireland introduced same-sex marriage in October, the two will be able to marry legally.

“We are equal,” Ms Peoples said ahead of the weddding.

“Our love is personal, but the law which said we couldn’t marry was political.

“We are delighted that with our wedding, we can now say that those days are over.”

She hails from England where same-sex marriage has been legal since 2013 and she is grateful that now she can also marry in Northern Ireland.

“We feel humbled that our wedding is a landmark moment for equal rights in Northern Ireland,” she said.

“We didn’t set out to make history — we just fell in love.

“We’re so grateful to the thousands of people who marched for our freedoms, to the Love Equality campaign who led the way, and the politicians who voted to change the law.

“Without you, our wedding wouldn’t have been possible. We will be forever thankful.”

The nation’s journey to marriage equality was a long one with thousands over the years rallying for change.

Patrick Corrigan, Northern Ireland Director of Amnesty International has been on the front lines since the beginning.

Back in 2018, he said: “human rights should not rely on postcodes” and the Northern Ireland government had been denying the rights of its people.

He said the lesbian couple deserves to have their marriage recognised.

“Sharni and Robyn’s wedding is a landmark moment for equality in Northern Ireland,” he said. 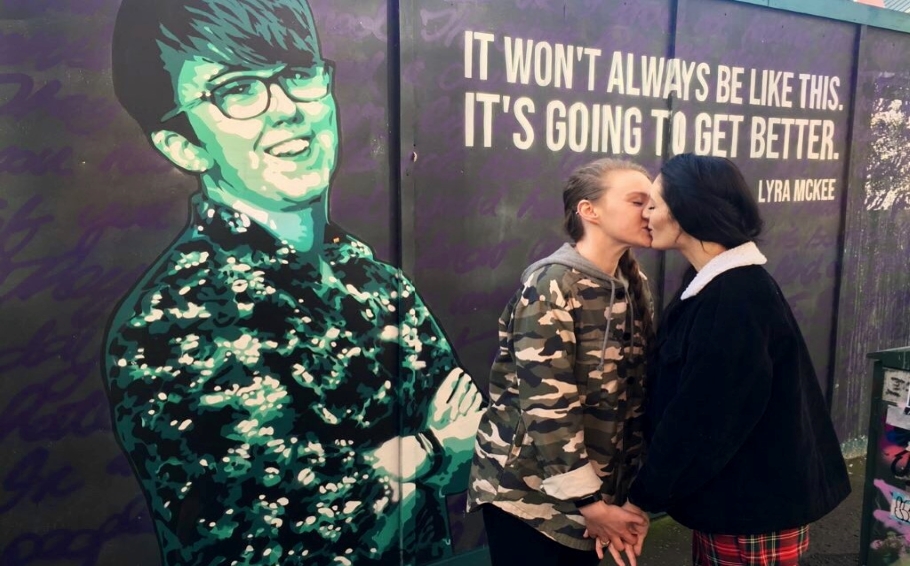 “We wish them all the love and happiness for their married life together.

“People in Northern Ireland have had to fight longer, harder and overcome more obstacles to win equal marriage than anywhere else in the UK or Ireland.

“We are proud of the LGBT community here and the thousands who marched alongside them to ensure this day became a reality.

It’s been a long time coming and we’re so happy they’ve made it.