“Describe myself in three words? Unapologetic, authentic, and vulnerable.”

Meet Jason Chasland, the award-winning, multi-disciplinary bringing his alter ego Leather Lungs to Brisbane for four nights of heartfelt honesty and humour in Son of a Preacher.

The thought-provoking and hilarious show tackles adversity through anecdotes and high-pitched notes.

And if stories aren’t your thing, don’t worry because he’ll cover songs by some of our favourite icons. Dare I say Aretha, Tina and Dusty?

Jay is a self-confessed introvert, but that proves no hindrance to his ability to take the stage and put on a show-stopping performance.

In an interview, he told QNews creating Leather Lungs has boosted his confidence as a performer.

“I wanted to create armour to go on stage and do what I want to do,” he said.

“Leather is my armour.”

Jay said Leather Lungs allowed him to become a role model for other members of the LGBTIQ community.

He also said Son of a Preacher lets him provoke people in a light-hearted way and encourage them to challenge social discourses.

“It’s serious but light-hearted. I just want people to think,” he said.

Leather Lungs is a Queenslander at heart.

Jay was raised in New Zealand and currently resides in Melbourne, but Queensland was his first Australian home.

He is excited about his return, anticipating his first Brisbane performance.

“I’ve always wanted to do Brisbane,” he said.

“I can’t wait to share [my art] with people who are really important.” 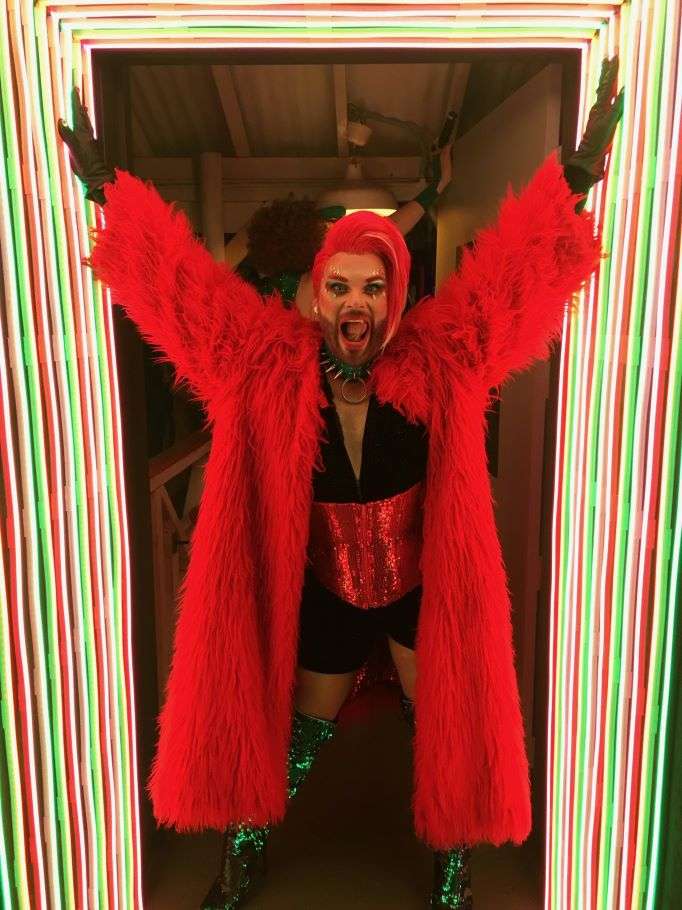 Jay said he hopes Son of a Preacher brings about connection and evokes a sense of familiarity in his audience.

He hopes it will break down social constraints and encourage people to be who they are.

“I chose recognisable songs because they’re like your old friend you have in common,

“When I sing those songs there’s a familiarity about me they have without realising,” he said.

“I want my shows to be like a massive dinner party, with me holding a glass of wine and having a chat,

“Just becoming friends over the next hour,” he added.

Catch Leather Lungs in all his fierce and funny glory in his one-man show Son of a Preacher.

The show runs for four nights only from 21-23 November at the Brisbane Powerhouse. Tickets are now on sale.