Hamish Macdonald ‘never had more abuse’ than as Q+A host

Lance and Freddie paired up several years ago.

While the pair won’t produce a chick of their own, they can act as surrogate parents for a breeding pair unable to raise their chick for any reason.

Fan of the zoo, Susan Wood, asked why name the pair after singers?

“I am shocked, SHOCKED, I tell you! How can you give those names to birds that don’t sing? Flamingos are beautiful, but the best they can manage vocally is a sort of honk.” 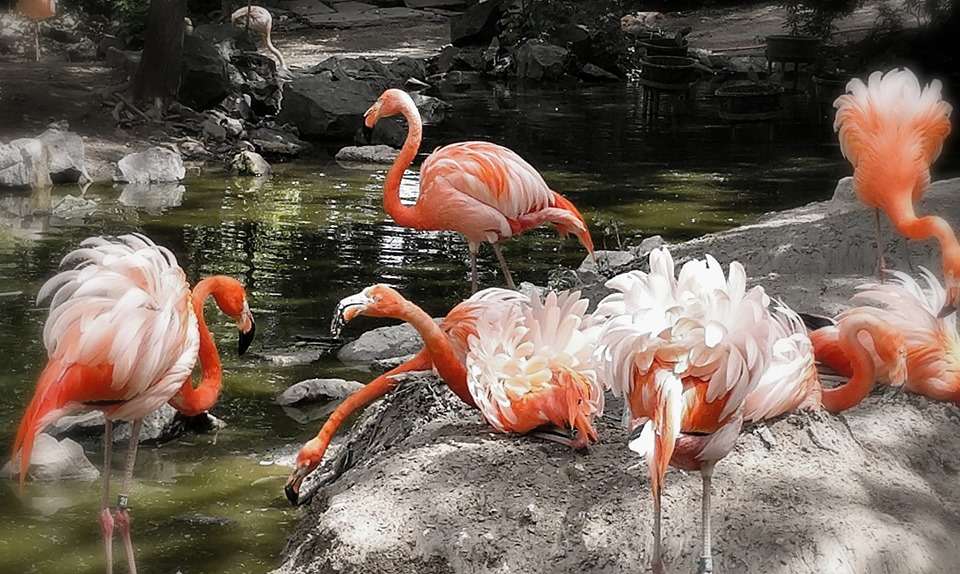 “We name all our flamingos after musicians, so that’s 76 names you might find concerning.”

Further, the names of the flamingo couple were no coincidence.

“We rarely name our birds before they reach maturity (bird care superstition), so these two were named in a way that both fit our musician naming theme for flamingos, and their relationship to each other.”

“How in the hell are birds now gay?” someone squawked

One commenter obviously held concerns for the unnaturalness of the wonderful and glorious diversity of nature.

“Stfu! How in the hell are birds now gay?! They’re birds!”

“We don’t assign sexuality to animals.

“They can’t physically tell us that.

“We document what we see in the process of caring for them.

“That said, we have seen many same sex pairings in animals.

“In the case of our flamingos, they perform courtship rituals, like head flagging, and live in a nest mount that they built to live in together.

“If we give them an egg, they will sit on it and raise it.

“This is the same behaviour we see in male-female pairs, with the only difference being that in same-sex pairs, one of them does not produce a live chick.”

Another same-sex animal couple at Denver Zoo for Pride month

If Lance and Freddie didn’t melt your heart, check out Apollo and Trey, the same-sex lorikeet couple.

Apollo and Trey are Coconut Lorikeets, native to South-East Asian countries, including our near neighbours, Papua New Guinea and the Solomon Islands.