Cairns Tropical Pride is north Queensland’s largest LGBTIQ festival, celebrating the diverse people and places of the region each year.

This year’s festival will take place across three days, from October 12 to 14.

The hilarious Melbourne drag queen will be among the performers and musicians taking to the stage at the festival’s signature Fair Day event, a family-friendly extravaganza held at the Tanks Arts Centre in Edge Hill that weekend.

Organisers are also planning another huge rainbow flash mob photo op for Cairns, a singalong screening of drag classic Priscilla Queen of the Desert and a Queer Spring Break pool party event during the festival.

The Pride Wearable Arts Gala Ball will officially launch this year’s festival on October 12, as well as the annual Tropical Gaze Art Exhibition which runs from that day until November 5. 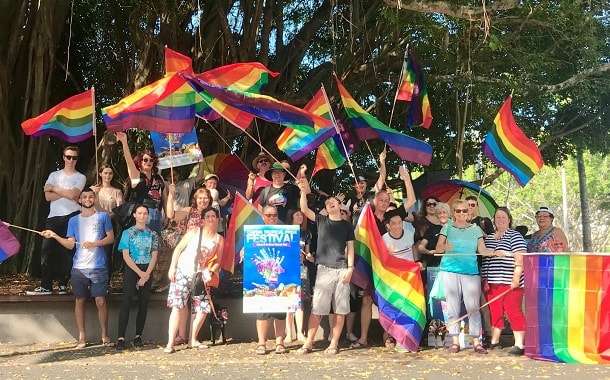 The Tropical Gaze exhibition brings together a mix of artwork, mediums and styles from established and emerging LGBTIQ artists in the community.

The festival’s Community Heroes Awards for 2018 will also be presented at the gala ball to recognise the efforts of volunteers who freely give their time to support the Cairns LGBTIQ community.

Nominations for all of the awards will open soon.

This year’s Cairns Tropical Pride festival will run from October 12 to 14. For more details, visit the festival’s website or Facebook page.

Winner of Queen of The Universe pledges to champion LGBTQIA+ rights