Twenty years ago John Cameron Mitchell dared to do what no one else would – tell the story of an East German punk-rock singer and her botched sex change operation. Originally a musical, the film Hedwig and the Angry Inch was released a few years later to critical acclaim and quickly achieved cult status within the LGBTIQ community and beyond. On its twentieth anniversary, Mitchell is telling the stories behind the scenes in a one-night-only performance at QPAC, The Origin of Love: The Songs and Stories of Hedwig. Davina Jones sat down with Mitchell to find out more about Hedwig’s appeal, its links to David Bowie and the Titanic, and where Hedwig is now.

Twenty years on from the Broadway production, and Hedwig’s allure only seems to grow stronger.

Loved all over the world, there’s something about Hedwig that we all relate to, no matter our cultural or religious background, sexuality or gender identity.

But Hedwig was never a commercial success, nor was it easy to get the production off the ground.

“Hedwig was a victim of the patriarchy in the political way, in the legal way, and then there was this boyfriend who forced a bad decision,” Mitchell said.

“There was a decision to take what she was given and make something beautiful out of it.”

“At the time, you know, this drag element, the punk rock element, were not very welcome in traditional commercial theatres. All the traditional resident theatres turned us down.

“Gender was always a conversation in theatre and always has been, but not in a commercial way.

“Drag was low class and punk rock was not theatre music, and rock musicals seemed a little watered down in our view. The places that developed shows like Rent, and later Hamilton, we were too much for them.

“It was a tough road. We finally found a producer…who built a new off-Broadway theatre for us in an old flop-house hotel for the show. A special theatre that was in an old hotel that the surviving crew of the Titanic stayed in.

“It has this great history and was a real single-room occupancy welfare hotel, very down and out. We built a theatre with a bar in there and it lasted a couple of years after us, but it crumbled.

“It was very special, and we clawed our way to the middle and it was a cool thing. It was never really a money making thing. It was a ‘success d’estime’ rather than a commercial success.

“Broadway was its most exciting and high profile place where we managed to be a hit for about a year and a half, which was more than I ever expected.”

It was its success on and off-Broadway that created the platform to create the film.

“It was a perfect storm where I was able to make the film. It was a bidding war and the head of New Line Cinema, who was doing Lord of the Rings, really looked after me and helped me make this film the way I wanted to.

“Sundance Labs helped train me because I didn’t know much about directing for film. All those things wouldn’t happen today. The film landscape is different now without DVDs and because of the internet.” 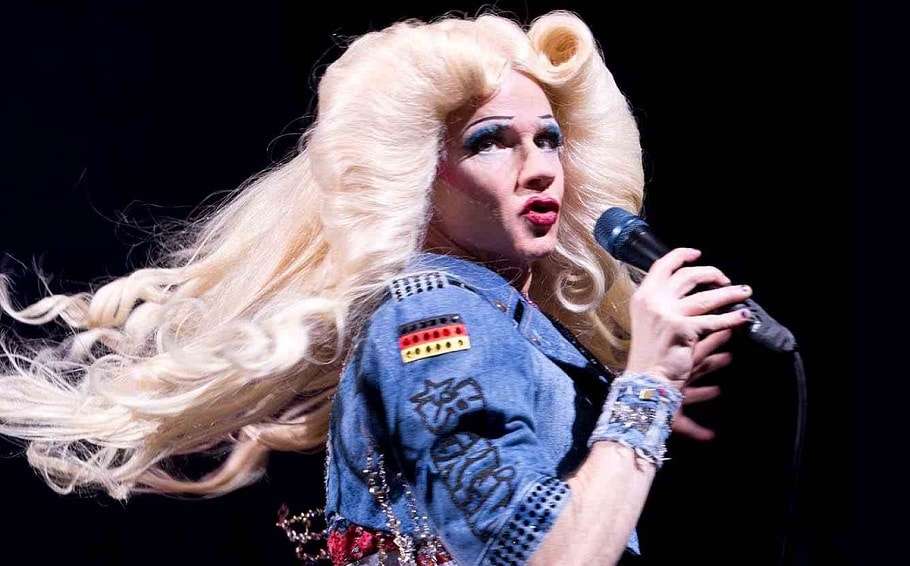 So what is it about Hedwig that has us enamoured?

“Hedwig respects traditions of showbiz and drag and rock n’ roll, but that’s not an end in itself. Those are simply tools to tell a story we can all relate to, which is one of identifying love that is perhaps a trauma.

“In the case of the myth of the origin of love, it’s a primal trauma of the beginnings of love, and others who were separated from each other and seek to redress, to heal, that wound. Which is a sad way of thinking about love, but one that resonates across the world.

“The character is a bitter one, but she has a sense of humour about all the horrible things that happened to her. [She] is always picking herself up and getting back on the road, telling her story and trying to heal.

“It seems like she’s a glutton for punishment, then there’s this shift that happens where there is a way to move on. That’s a story that works for everyone. It’s a traditional Broadway story that reminds me of Gypsy and Sweet Charity. There’s a survivor thing about her that makes her iconic.

“She makes herself into an icon with her own style, and everyone needs a role model, even a flawed one, to give yourself a bit of hope.

“I’m not like her in terms of my life, but I was privileged enough to be able to play it. I don’t own it (well I do legally), but I don’t feel the need to control it.”

When it comes to icons, none are bigger than Hedwig’s own musical icons, David Bowie and Lou Reed. Both came to the show, with Bowie showing a special interest in the production.

“Bowie invested in the LA production, and it was very exciting to meet him. Thank god I didn’t know he was at the show when I was doing it.

“My boyfriend also worked for Lou Reed. Lou came up to the dressing room after the show and said, “You were beautiful.” Those two compliments will last me the rest of my life.” 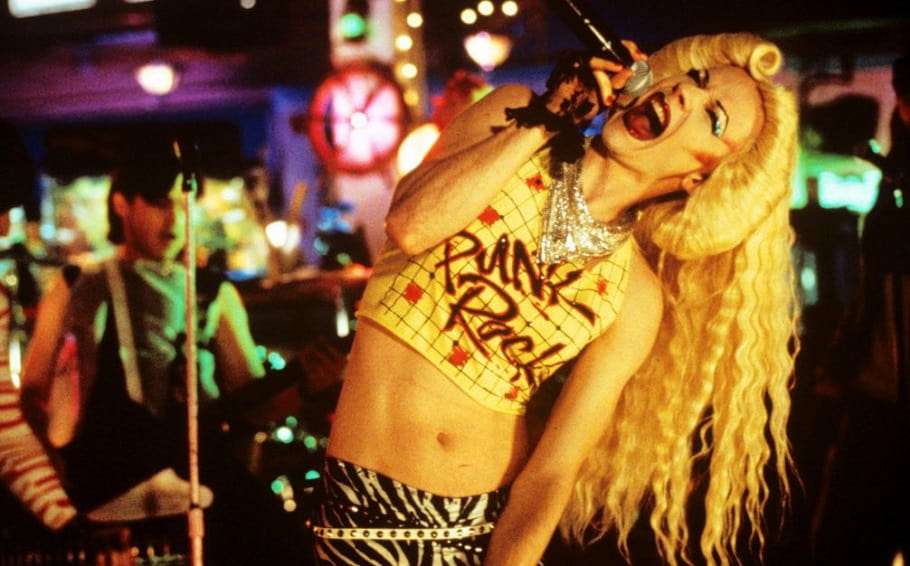 So where is Hedwig now?

“I don’t know. I thought about a sequel but it didn’t quite work. I like the way it ends. She’s probably living a non-binary, less draggy life as a professor in a small town liberal arts college in the mid-west somewhere.

“Teaching performance art or Greek philosophy. I think she’s pretty mellow and… I don’t know… maybe a little like me. Doing her thing but not making a big to-do about it.”

John Cameron Mitchell will perform ‘The Origin of Love: The Songs and Stories of Hedwig’ at QPAC on Tuesday July 17 2018. Tickets are available via www.qpac.com.au or 136 246.