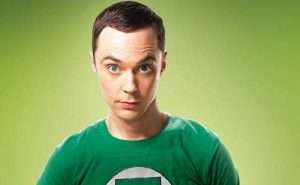 According to Forbes’, latest rankings of highest earning celebrities, Parsons is currently raking in a whopping 29 million dollars per year to play the lovable nerd Dr Sheldon Cooper.

While Parsons has been a high earner for a number of years now, this is the first time that he has topped the list, knocking off former Two and a Half Men star Ashton Kutcher.

Parsons’ co-star Johnny Galecki came in second on the list with earnings of 27 million, while another openly gay star Jesse Tyler Ferguson was ranked number 12 on the rich list with a cool $11 million dollars per year.

The numbers are in, and if an actor’s character doesn’t have a friend named Sheldon or a relative named Pritchett (or if he isn’t named Sheldon or Pritchett), chances are he didn’t make this year’s list of top-paid TV actors.

The stars of The Big Bang Theory and Modern Family dominate our list, with Big Bang’s Jim Parsons nabbing the top spot thanks to $27.5 million earned in the year to June 1.

“When I read Big Bang it was definitely special to me. I would definitely not presume to say I thought it was going to be a hit show or be picked up, but I know that I was being presented with a character that was, in its own weird way, a really good fit, that I thought I could do,” Parsons told Variety.