An Instagram account featuring comics depicting gay Muslims’ struggles in Indonesia has been deleted following outrage from authorities in the country.

The Indonesian-language comics, posted by user @Alpantuni, depicted a gay protagonist and explores his identity and the bigotry and abuse he faces for being gay in the country.

The Ministry of Communications wrote to Instagram to slam the account as “pornographic” and in violation of a law against distributing such content. The ministry also threatened to ban Indonesia’s access to Instagram if the comic wasn’t removed, the New York Times reported.

After the account’s removal, the government announced that Instagram had “fulfilled” its request. 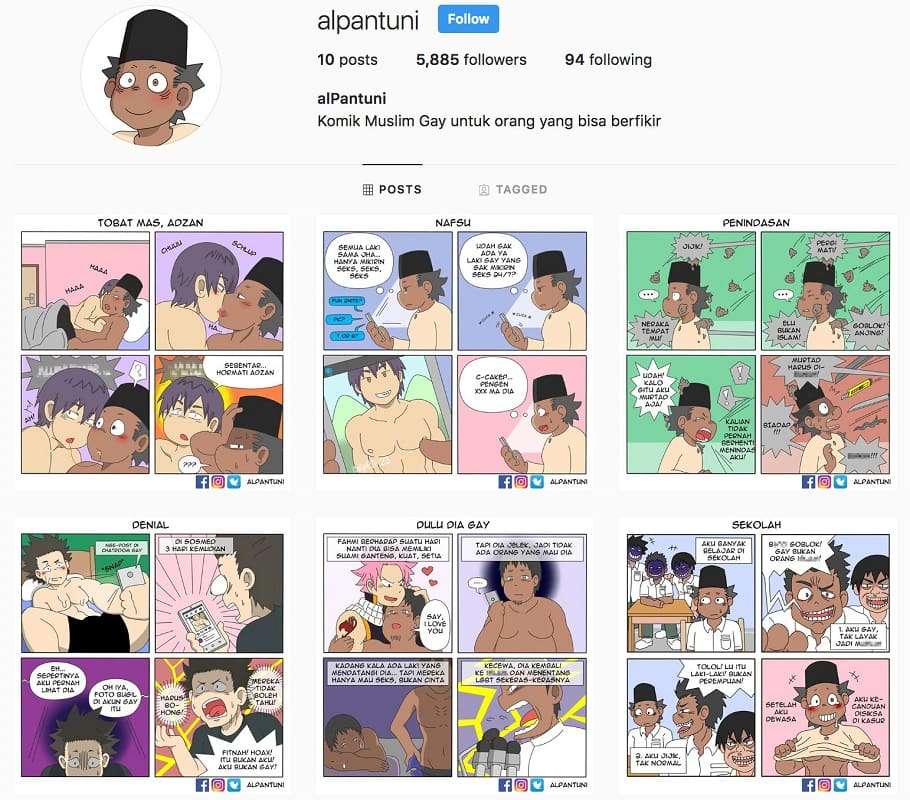 Muhyiddin Junaidi, who represents Indonesian Muslim clerical body the Council of Ulemas, said the comic was blasphemous and would “ruin the people’s faith.”

“For us, being LGBT is a psychological illness that needs to be cured, and this comic is promoting it,” Junaidi told the New York Times.

Pages on Facebook and Twitter appearing to belong to users of the same name Alpantuni have also been deleted.

Homosexuality is not illegal in most of Indonesia but for the last three years, the country has been engulfed in “government-driven moral panic” over LGBTIQ people, according to human rights groups.

Human rights advocates have warned that regional Indonesian authorities have ramped up anti-LGBTI rhetoric and activities ahead of elections this year.

Throughout 2017, police across Indonesia raided saunas, nightclubs, hotel rooms, hair salons and private homes on suspicion that gay or transgender people were inside.

The country has seen a growing number of by-laws and local initiatives oppressing LGBTIQ people, including a by-law in the West Sumatran city of Pariaman to fine gay or transgender people for immoral behaviours or “disturbing public order”.

Twitter finally cracks down on groomer as queer slur