The inclusive MCC Brisbane church in New Farm has been hit with anti-gay vandalism for the second time in less than a month.

The vandals returned to the Merthyr Road Uniting Church building over the weekend to deface another sign on the front of the church with anti-gay bible passages.

MCC Pastor Alex Pittaway told QNews Magazine the passages the vandals had painted on the community chalk board are known as “clobber passages”.

“These passages are used by bigots to clobber LGBTI people with the false message that they are hated by God,” he said.

“I have one thing to say to the person or group who did this. Love is bigger than hate and the love and the resilience that I see in MCC Brisbane every Sunday will outshine your hate.

“We do not hate the person who did this. We pity them and will not respond to hate with more hate.”

The incidents have been reported to police, who are investigating and have appealed to the public for information.

“Police are investigating recent wilful damage offences involving graffiti in the New Farm area and are appealing for public assistance,” a spokesperson said.

“Sometime between 5pm on February 13 and 12pm February 14, and again between 4pm on February 23 and 10.30am on February 24, unknown offender/s have attended a Merthyr Road address in New Farm where they have wilfully damaged property by way of graffiti.

“Anyone who may have information that could assist police with their investigations is urged to contact police or Crime Stoppers.”

Pittaway said it’s likely the same perpetrator committed both crimes as the same paint was used each time. 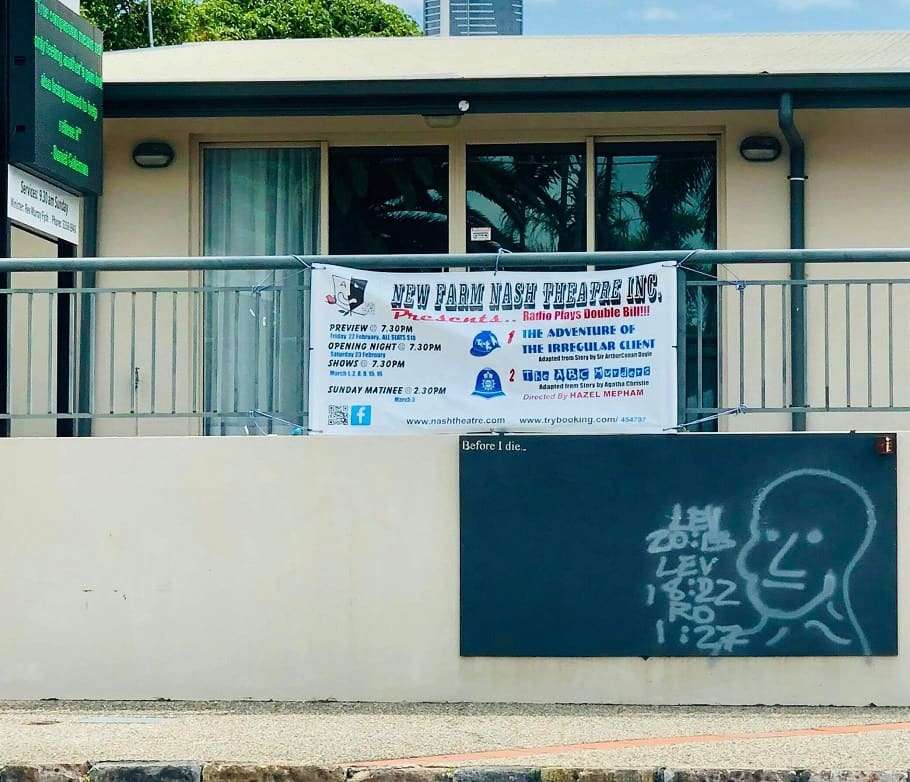 He said he’s planning to discuss with the Merthyr Road Uniting Church ideas on protecting both the building and the congregation from further vandalism.

“We are looking into having CCTV cameras installed, asking the police to send more patrols during our worship service and other safety measures,” he said.

“As a church we will do everything in our power to ensure that our church continues to be the safe place that is so sorely needed.

“Historically, MCC has always been vulnerable acts of hate and thank God there were no acts of physical violence carried out.

“During the same-sex marriage postal survey, two ‘no’ campaigners stormed into our Sydney Church and shouted homophobic chants during the worship service.”

MCC Brisbane say they are very lucky to worship in the premises of the Merthyr Road Uniting Church.

Reverend Murray Fysh and the Merthyr Road Uniting Church have been staunch supporters of MCC Brisbane and the LGBTIQ community and declare their support for, and happiness to host, same-sex weddings on an electronic billboard out the front.

“Our community will stand strong and not respond with hate,” Pittaway said.

“We will respond with the combined strength of our local neighbourhood, our generous landlords Merthyr Road Uniting Church and the broader LGBTI community.

“As the great prophet Taylor Swift says, ‘Haters gunna hate, hate, hate, but we are going to shake it off!’”