The Brisbane Powerhouse’s MELT Festival may be over, but the entertainment is continuing throughout the year with their “MELT Presents” series.

In April, the Powerhouse will bring the acclaimed play “I Am My Own Wife” to Brisbane audiences.

After the fall of the Berlin Wall, American playwright Doug Wright met the enigmatic Charlotte von Mahlsdorf, a 65-year-old German transgender woman who, against incredible odds, survived a violent childhood and two of the 20th centuruy’s most oppressive regimes, the Nazis and the Communists.

Wright recorded hundreds of hours of interviews with Mahlsdorf and subsequently created the Tony Award and Pulitzer Prize-winning one-man show “I Am My Own Wife”.

Australian actor Ben Gerrard plays 35 characters in the play, including playwright Doug and Charlotte, to piece together the German’s controversial life including the murder of her Nazi father and the revelation she covertly acted as a Stasi informant.

“One of the draws was the transgender issues the play deals with, and how Charlotte was such a pioneer in that respect,” Ben explained.

“Charlotte is also compelling because you spend the play trying to decide – along with the playwright Doug – whether or not she’s a good person or a bad person.

“The play doesn’t answer that question, and it forces us to really contemplate whether there is such a thing. It does that by asking us what we would do in those same circumstances.

“We just don’t know. These people were under incredible pressure in those times and in those situations.”

The actor has been nominated for a Sydney Theatre Award for Best Actor for his performance, but he said the play took around a year of preparation.

“Unfortunately a lot of the interviews Charlotte did with Doug are no longer around, but the play itself is a long, verbatim interview he conducted,” Ben said.

“Charlotte’s own autobiography was a valuable resource, albeit her own version of the story. It’s an insight into her sense of humour as well as her story.” 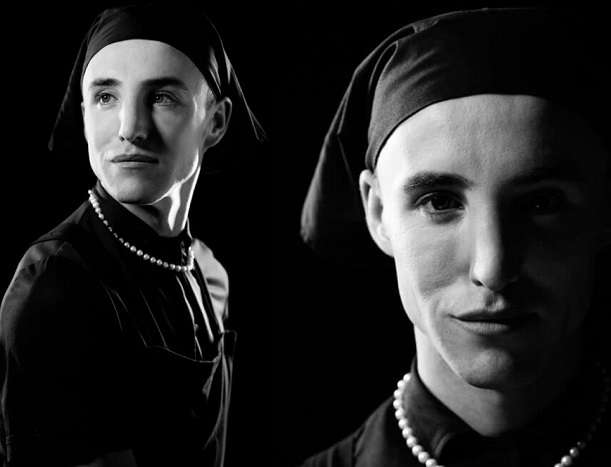 During the Melbourne run of the show last year, Ben said his day job playing dozens of different characters on Foxtel sketch comedy show “Open Slather” helped him prepare for the play.

“I’d film during the day playing different characters with different accents on set,” he said.

“Then I’d go home and learn lines and prepare for the play, where I was also going to be playing many characters. It really got the machine fit, so to speak.”

Brisbane Festival 2021: The queerest, most camp and intriguing shows