A crowdfunding campaign has been launched to support Brisbane’s bid for the 2026 Gay Games to get the sporting event over the line.

Every four years since 1982, the Gay Games has provided an inclusive and safe environment for LGBTIQ athletes to compete in dozens of sports.

The event now attracts over 10,000 athletes and tens of thousands of spectators from around the world.

In August, the Federation of Gay Games announced Brisbane made the shortlist of eight cities vying to host the event in 2026.

Before the next bidding announcement in the new year, the organising committee have set up a GoFundMe page to fundraise for the fees involved.

“To plan for and deliver this event we first need to win the bid. Extensive work has been undertaken in the planning so far,” they write.

“The bid has the support of Brisbane City Council, the Queensland Government, local business, LGBTI+ sport clubs and some of Brisbane’s high profile athletes.

“Bidding involves fees to the event’s international body and industry sponsors are starting to show interest.

“But we have bid payments to make before we can formally sign sponsors.”

The committee says funds raised will go directly to covering costs of the bid process and associated elements.

To find out more or discuss other sponsorship or partnership opportunities, contact the organisers through the Facebook page.

Australian athletes competed at the 2018 Gay Games in Paris

In 2018, a contingent of Australian athletes travelled to Paris to compete in the 10th Gay Games.

Among them were athletes from the Brisbane Tritons water polo club, heading there for the first time.

Tritons player Cameron was one of them. He’s now part of the Gay Games Brisbane board to work on the bid.

“The Gay Games is like an Olympics, there’s an opening ceremony with the 10,000 plus athletes all together,” he told QNews.com.au.

“The size of the entire event was really overwhelming. Paris is a beautiful and amazing city but the Gay Games was also the centre of attention for the two weeks.”

Cameron said the Gay Games is an incredible opportunity for the athletes who take part.

“I met my partner there so I’m very grateful to the Gay Games for that!” he said.

“It was a fantastic experience for our whole club, it was our first big overseas event.

“I’ve come on board to help get our bid over the line and convince the voters to vote for Brisbane.

“We want to bring that magic and atmosphere and that sense of community to Brisbane.” 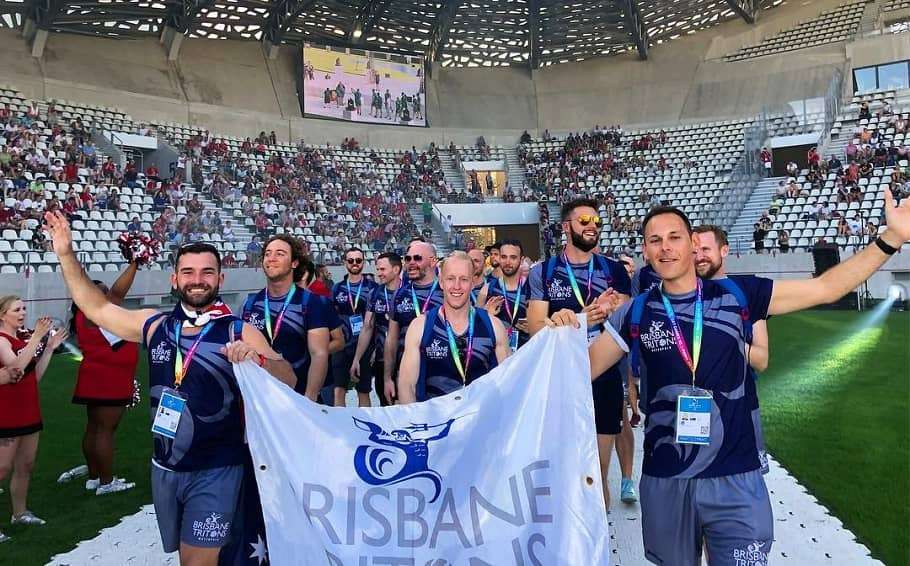