Spoiler alert! The queens from RuPaul’s Drag Race Down Under have brought a few famous Australian faces to the Snatch Game.

We’re only on episode two of the new local spinoff, but the queens are already debuting their celebrity impressions in the main challenge on Saturday.

Among the Australian impressions are Bindi Irwin, Lindy Chamberlain and Magda Szubanski.

E! News has shared a teaser clip revealing each queen’s introduction in this Saturday’s episode.

RuPaul’s Drag Race Down Under screens in Australia each Saturday

RuPaul’s Drag Race Down Under kicked off last weekend and is streaming in Australia every Saturday on Stan.

The eight-episode series filmed in Auckland earlier this year, with Rhys Nicholson and Michelle Visage appearing alongside RuPaul on the show. 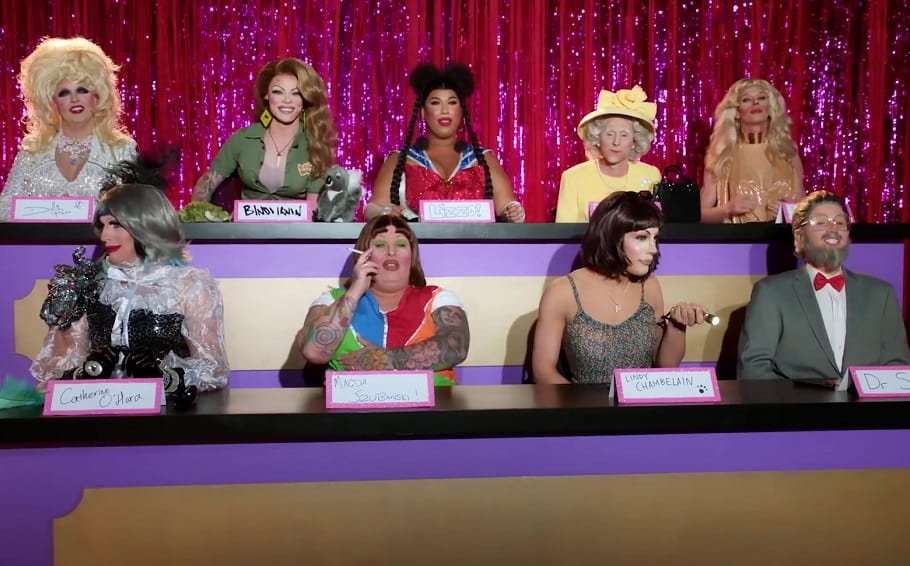 Ten Australian and New Zealand queens joined the show to compete for the title of our first Drag Race Down Under superstar.

Sadly, Newcastle’s Jojo Zaho sashayed away at the end of the episode one.