Tenterfield might be best known for its shining star, Peter Allen, who put this town on the map.

But during the inaugural Peter Allen Festival this September, there’ll be plenty to see and do while you’re in the region – a lot more than you would have thought.

While you’re in town and taking a break from the celebrations and the shows, take some time out to explore everything the region has to offer.

We all know Peter Allen’s iconic song, so it wouldn’t be a trip to the town without a stop at the Tenterfield Saddler.

Famously owned by Peter Allens grandfather this little piece of Australian history is open daily, staffed by local volunteers ready to take you on a journey through some iconice Australian history and of course, pick up a souvenier. Located on a working cattle property, Aloomba Lavender is the perfect stopover for coffee and Devonshire tea. Guests can wander amongst the lavender, take photos or simply relax with a coffee on the deck and take in the tranquillity!

The beauty of the Australian landscape is that no matter what state or town you visit there is sure to be a local national park full of breathtaking beauty and unique landmarks, Tenterfield delivers this in spades.

Listed as the number one place to visit on Tripadvisor, Bald Rocks National Park is a stunning piece of the Australian Landscape that is not to be missed. Just 25km out of Tenterfield this amazing national park is home to beautiful views along a short walking trail and an incredible array of natural stones that truly are one of natures wonders. Feel like staying away somewhere different for the night? Camping sites are available nearby too. Paul Savins has lived, worked and raised his family at Cherry Dale Orchard since 1981. A small family orchard, you can be guaranteed Paul and his family take care and pride in the fruit that is produced. Located on the New England Highway 10kms south of Tenterfield.

Not only is it a superb example of Victorian Gothic architecture designed by the Father of NSW Railways John Whitton, but until it closed in 1989 it was one of the State’s longest serving regional Stations.

The Station opened in 1886 and is a rare survival of something that was once common throughout NSW. It is an almost intact nineteenth century railway precinct. When the line was completed to the border in 1888, Sydney and Brisbane were linked by rail for the first time. 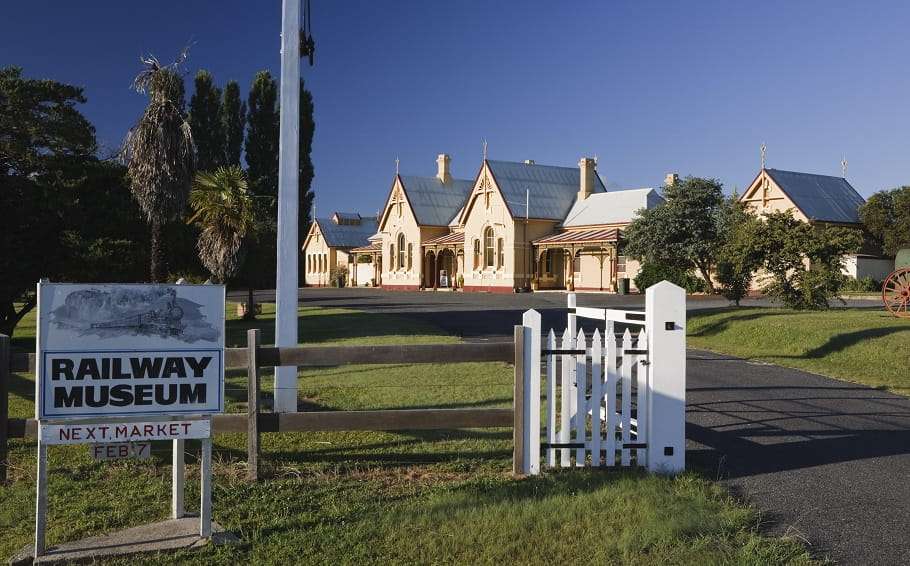