Brace yourself for one hell of a birthday bash when Australia’s most spectacular celebration of LGBTQI pride paints the town rainbow this March.

A sea of glitter is set to shower Oxford St for the Sydney Gay and Lesbian Mardi Gras on Saturday 3 March, as Australia’s biggest pride party raises a glass of bubbly to its 40th anniversary.

A bumper festival program to mark that major milestone – as well as the warm and fuzzy afterglow of the marriage equality triumph and the arrival of megastar gay icon Cher – means the 2018 Mardi Gras will be the biggest (and most sequin-studded) in the event’s four-decade history.

Organisers are expecting 300,000 revellers to pack Oxford St for this year’s parade, which will involve 12,000 participants across 200 floats representing all walks of LGBTQI life.

The 78ers – the original marchers who defied police violence to assert their civil rights at the very first parade 40 years ago – will take pride of place.

A fortnight of festivities feting 40 years of fabulousness kicks off on Friday 16 February when the rainbow flag is raised above Sydney Town Hall, signalling the start of two weeks of events, including the popular Fair Day at Victoria Park on Sunday 18 February, the Family Fun Day at Luna Park on Saturday 24 February, the Museum of Love & Protest at the National Art School in Darlinghurst, Queer Screen’s 25th Mardi Gras Film Festival, plus plenty of parties right across the city. It all culminates with the outrageous extravaganza that is the 40th anniversary parade on Saturday 3 March, followed by the Mardi Gras Party at the Hordern Pavilion, which sold out as soon as Cher tweeted her plans to perform.

The tens of thousands of visitors from interstate and overseas make the Sydney Gay and Lesbian Mardi Gras one of the biggest pride festivals in the world – and if you want to join the party, YHA welcomes you with open arms.

Book your stay at Sydney Central YHA or Railway Square YHA just a short stroll from the parade route, the glam Sydney Harbour YHA in the heart of the Rocks, or Glebe Point YHA in the bohemian inner-west. 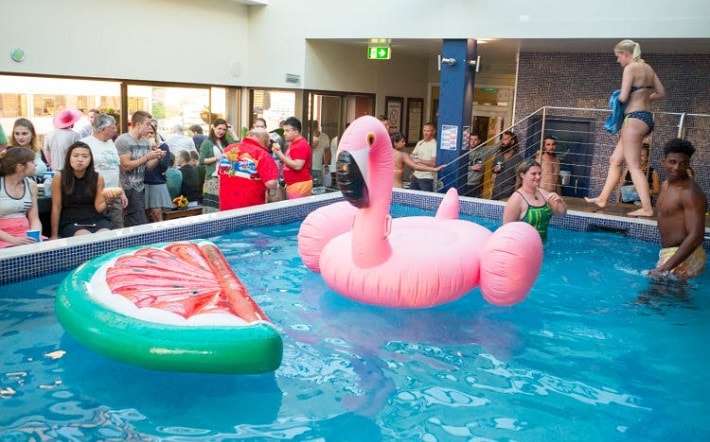 Nurse your hangover in one of the beautiful regions that surround Sydney, like the Blue Mountains two hours west of the city centre, or the Hunter Valley, two hours north.

The Blue Mountains’ pristine bushland is so spectacular it was added to the UNESCO World Heritage List in 2000, protecting a region of misty valleys, dense forest and spectacular bushwalking terrain.

Stay and save at the charming Blue Mountains YHA, a beautifully restored guesthouse that retains its original art deco character in the tranquil town of Katoomba. 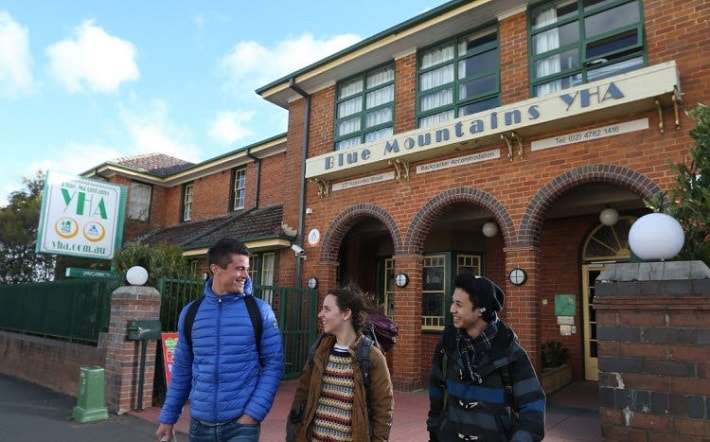 Australia’s oldest wine-producing region is renowned for its Semillon, and the recently renovated Hunter Valley YHA provides the perfect budget backdrop to enjoy a glass, boasting its own on-site vineyard.

YHA is the largest provider of budget travel accommodation in Australia, with a network of 80 hostels in every state and territory around the country. For more information visit their website here. 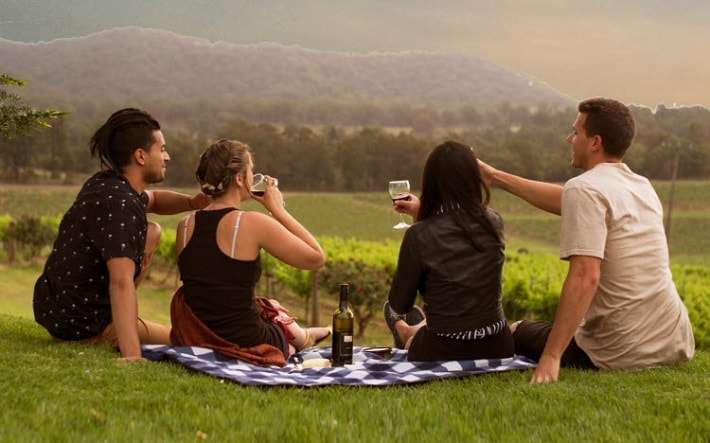