‘Dead on arrival’: Jacqui Lambie not a fan of Religious Discrimination Bill

Sorry, but there’s no such thing as Krispy Kreme flavoured lube

From gay films like The Witness, to love stories like Love, Simon it’s clear LGBTIQ representation in the film industry is on the rise.

But here at QNews.com.au what we like even more than that is when queer folk get to play queer folk.

Below is a list we have put together to celebrate our LGBTIQ sisters killing it on screen.

Hooray for queer women in film! 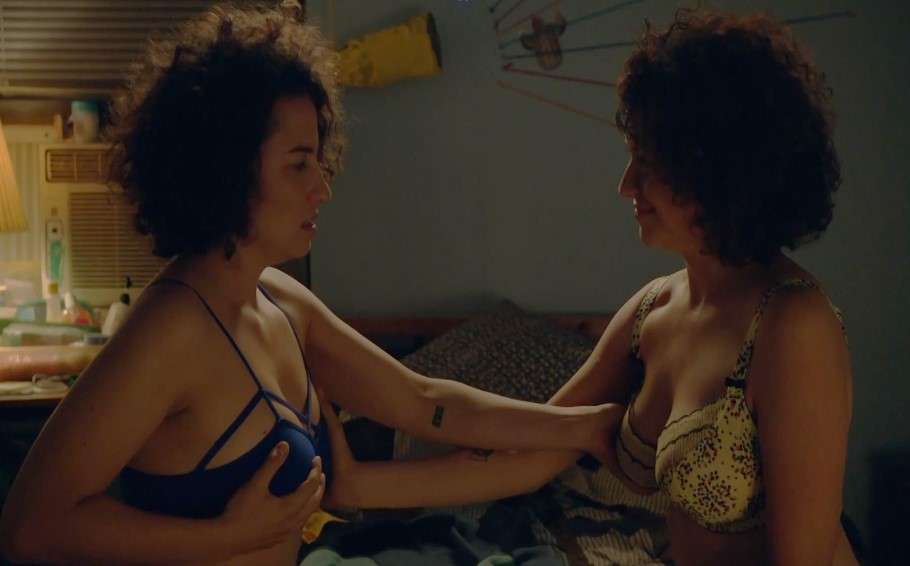 A self-confessed bisexual, Alia Shawkat has been kissing both boys and girls on screen for years. Remember the “kissing cousins” episode of Arrested Development? Icky.

Our favourite on screen kiss, though was with Ilana on Broad City.

The two look alike and seeing them make out was as hilarious as it was steamy.

In an interview with Out, Alia said she feels her bisexuality has helped her progress as an actress.

“Balancing my male and female energies has been a big part of me growing as an actor,” she said. 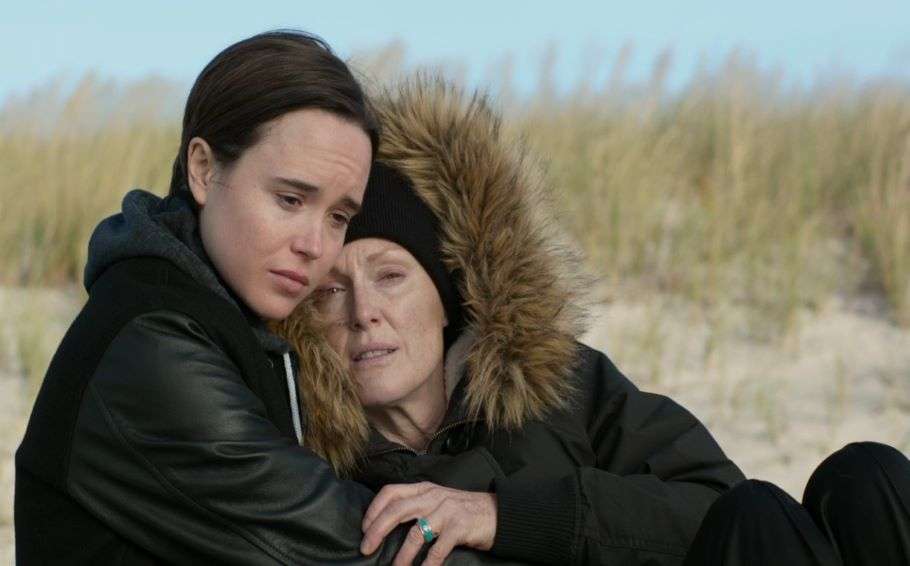 Most recognisable as Juno, Ellen came out as a lesbian at a conference back in 2014.

She has admitted since coming out, she sometimes struggles to find movie roles that aren’t queer.

“Now I’m gay, I can’t play a straight person?” she queried in an interview with Elle.

Coming out was detrimental to Ellen’s character development for the film, Freeheld.

She said it took her six years to bring the film to fruition and so coming to terms with her own sexuality was imperative.

“It felt wildly inappropriate to be playing this character as a closeted person,” she admitted.

We agree, Ellen. There’s nothing more liberating than living your truth. 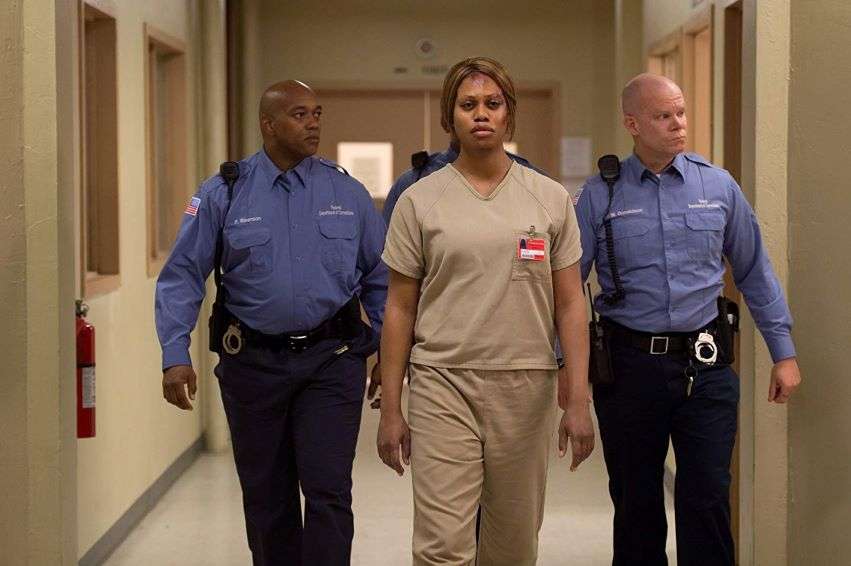 Laverne is most known for her role on Orange is the New Black where she plays a transgender woman serving time in prison for fraud.

Her appearance on the show was ground-breaking for the LGBTIQ fanbase.

When asked about her role as Sophia Burset on the prison series, Laverne said audiences have empathised with her and her character. The creators of this highly anticipated reboot have been keeping Kristen Stewart’s character’s sexuality open to interpretation.

This is a win for the Twilight actress, who admitted to Harpers Bazaar her status as a queer woman has had its challenges in Hollywood.

“I have fully been told, ‘if you just like do yourself a favour, and don’t go out holding your girlfriend’s hand in public, you might get a Marvel Movie.’”

“I don’t know about you, but I’m excited as heck to see some girl-on-girl action in this upcoming film. I’ve already bought some popporn—I mean, corn. Popcorn.” 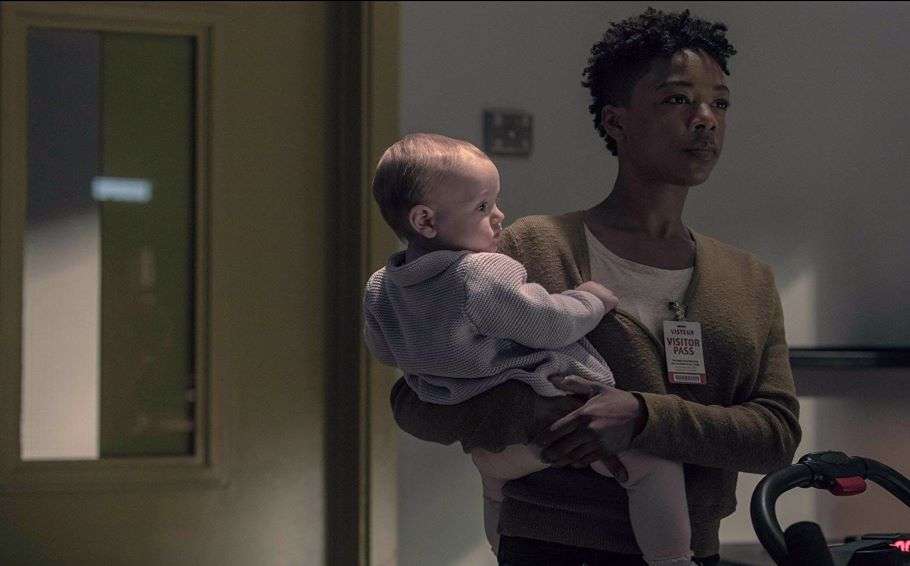 You might recognise Samira as Pussey from OITNB, but she also plays a lesbian on The Handmaid’s Tale.

Samira is openly gay and in 2017, she married screenwriter Lauren Morelli and shared their wedding photos on Instagram.

On The Handmaid’s Tale, Samira plays an escaped handmaid seeking refuge in Canada.

Her character is an activist fighting against the discrimination of women and the LGBTIQ community. 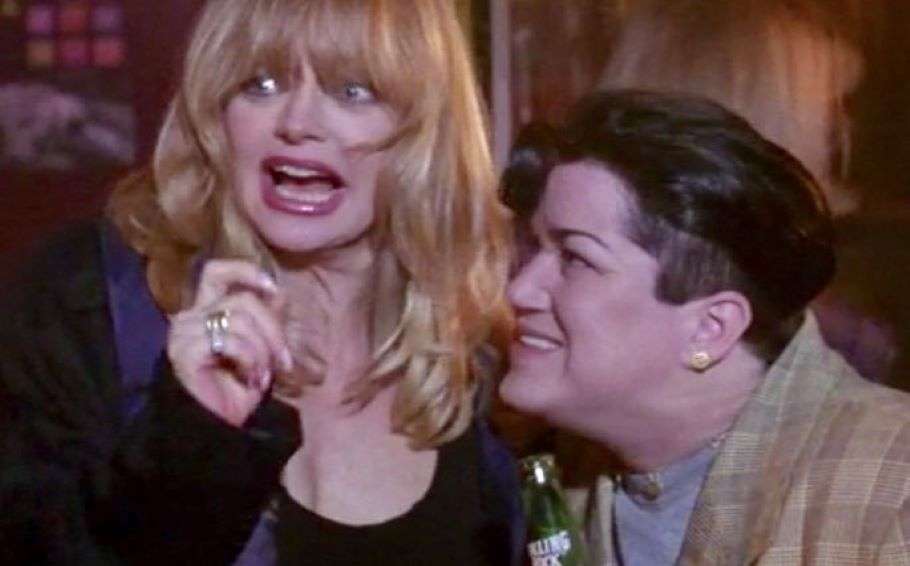 ANOTHER OITNB alum, but one of Lea’s most iconic lesbian characters was a quick stint in the 1996 The First Wives Club.

She plays a fan girl looking to get into the pants of actress Elise Elliot (played by Goldie Hawn).

Her role was minor but iconic, facing off with Bette Midler on the dancefloor over Elise.

The scene was no longer than two minutes, but Lea made her impact as a queer icon. Now we see her everywhere and we’re living for it. 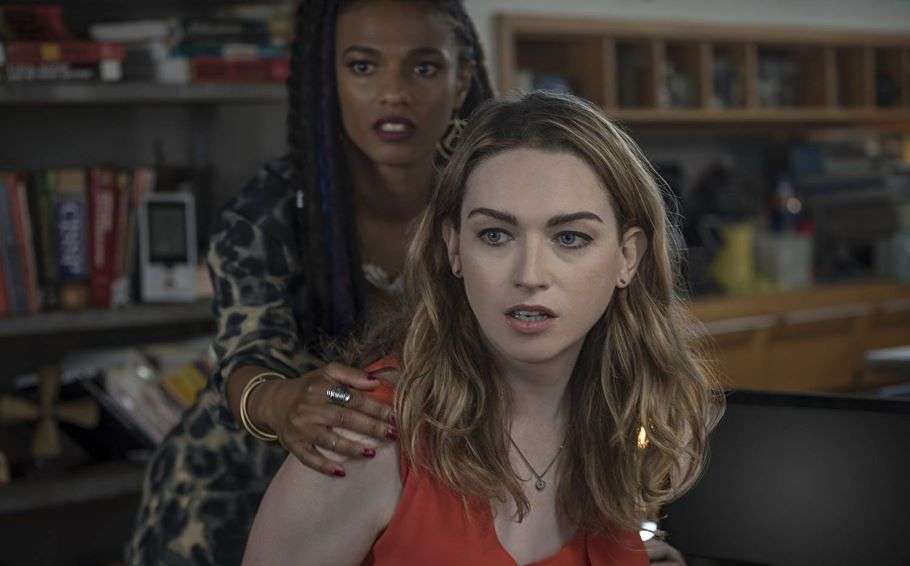 She said in a Netflix interview she is honoured to be a role model for others, someone she didn’t really have growing up.

“Having Nomi be so many people’s ‘first time I saw me’ is a thrill,” she said.

“As far as trans representation there hasn’t been… a character I have seen who represents the kind of trans woman I am.

“I want to see characters who happen to be trans but their story line isn’t about their transition.”

Lena Waithe — Master of None 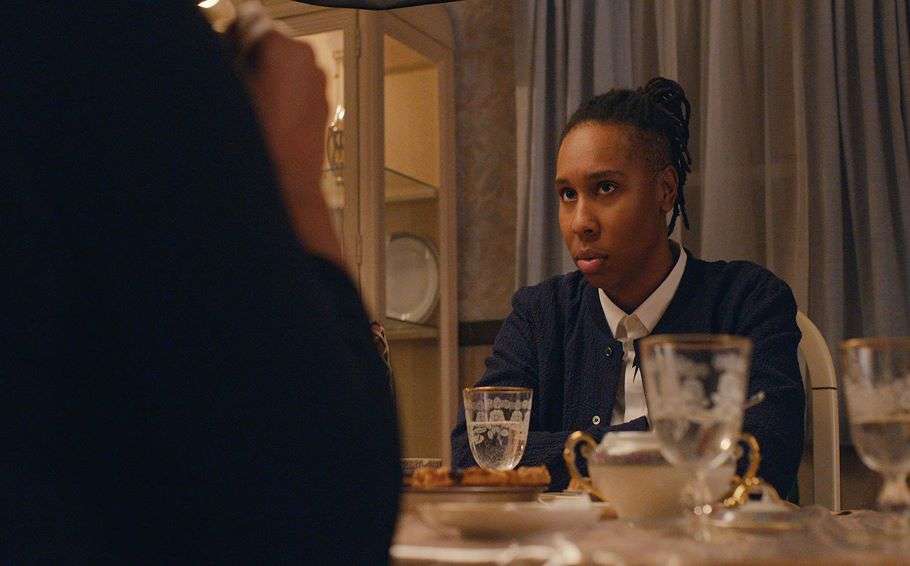 You might recognise Lena from Aziz Ansari’s Master of None where she plays Dev’s lesbian friend, Denise.

In the show, Denise comes out to her conservative mother who struggles to accept her daughter’s sexuality.

Lena said Denise was not meant to be a lesbian, but the writer’s wanted the character to reflect Lena’s personality. What a win!

“They definitely didn’t intend for her to be gay,” Lena told Entertainment Weekly.

“But when Aziz met me, he was like ‘I like what I’m seeing and I want to make the character a little more like you,” she added.

Sarah Paulson — The Other Sister 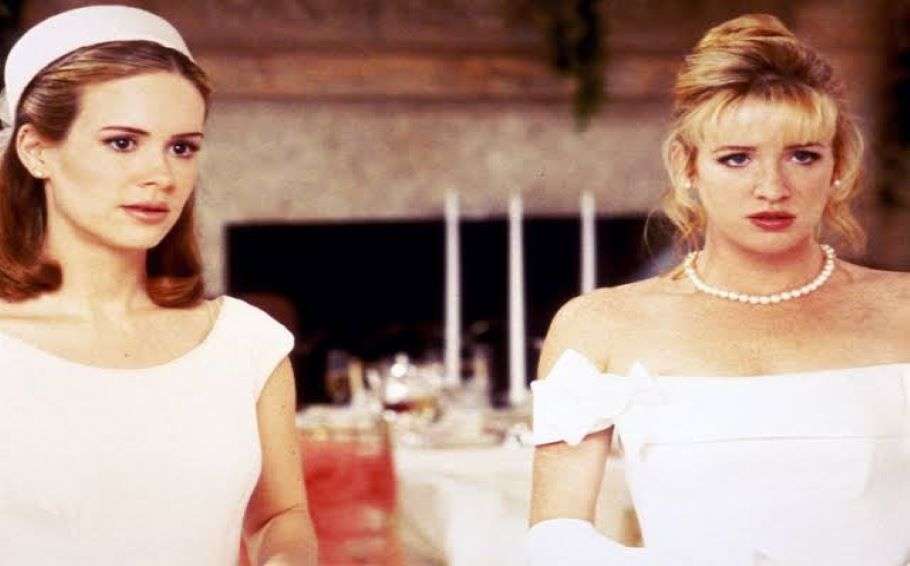 You probably recognise Sarah Paulson from Ryan Murphy’s American Horror Story where in Asylum she played a gay reporter.

But, before her AHS fame, Sarah played a lesbian in the 1999 feel-good film The Other Sister.

The film centres around mentally challenged, Carla Tate (Juliette Lewis) who seeks independence from her parents.

Sarah plays her gay sister, Heather, who can be seen arguing with her mother (Diane Keaton) about her sexuality.

Sarah is an out and proud lesbian, dating iconic Hollywood actress Holland Taylor. Talk about a power couple. 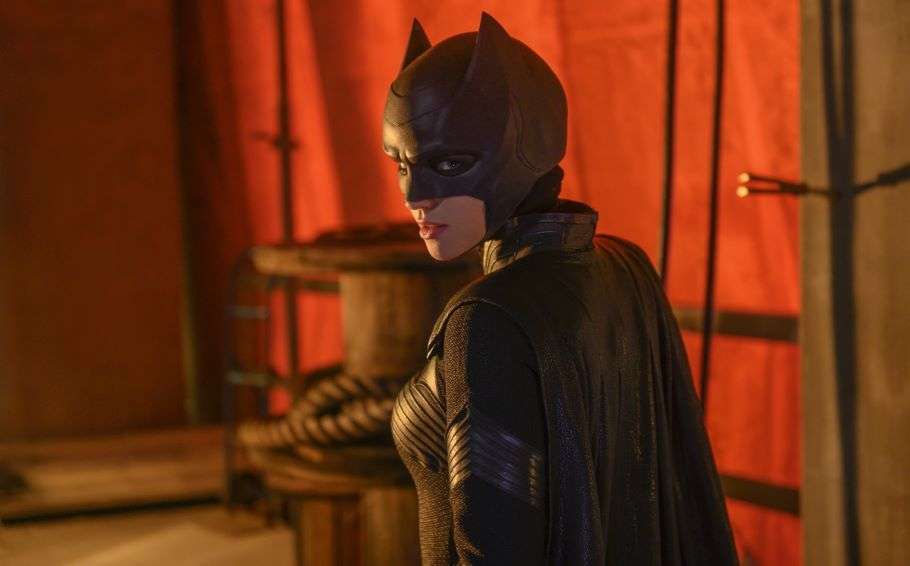 Now playing the gay Batwoman, Ruby is the on-screen lesbian we so desperately needed.

Ruby said her character on the show is a move forward for LGBTIQ representation screen.

In the interview with The Washington Post, she said it is a nice deviation from the LGBTIQ coming of age narrative.

“This show is so important. People being straight doesn’t get that kind of attention.

“[Batwoman’s sexuality] is the least interesting thing about her.”

Did we name any of your favourite queer women to grace the screen?