The burgeoning festival began on Queensland’s Gold Coast last year. And on Saturday (June 4) it returned with an even bigger crowd taking part in Australia’s only beach Pride March.

Among the entertainment was a lineup of drag divas who competed in the Miss Gold Coast Pride Drag Queen Pageant. Among the pageant’s judges was cabaret legend and entertainment icon Carlotta, who took the stage to crown Justine the winner, and Helen Wheels Miss Congeniality.

Last year, Carlotta announced her retirement after an incredible 58-year career in entertainment, and now lives on the Coast.

“I’m so glad that they sent the pension bus to get me out of the old home for this,” Carlotta laughed.

“I think it’s been a wonderful afternoon here. I think it’s just fabulous that everyone’s come here to represent pride on the Gold Coast.” 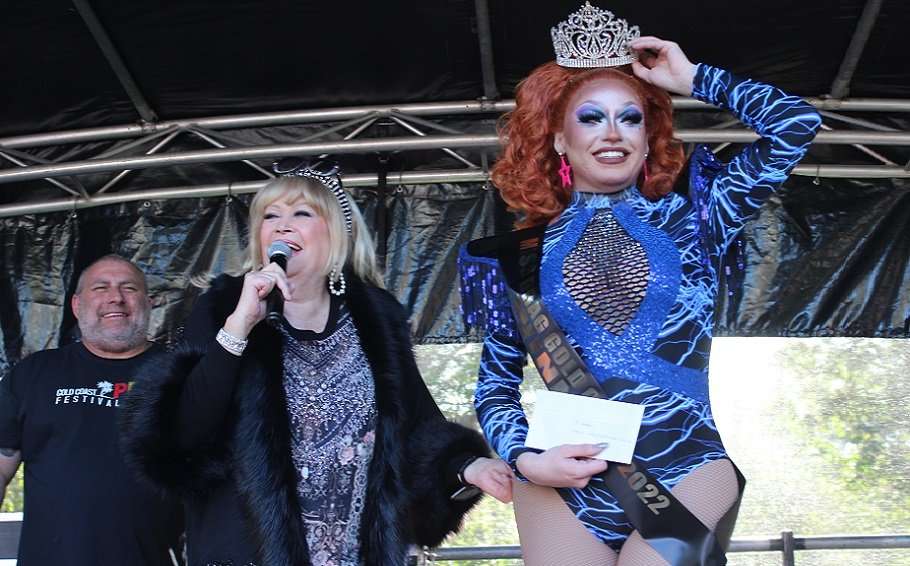 Carlotta also encouraged everyone to make the pilgrimage to Sydney for the WorldPride mega-festival next year. She said she’s joining the 17-day celebration with an art exhibition in Sydney.

“I’ve taken some photos of these fabulous drag queens today and I’ll be painting some of them to put into the exhibition,” she explained.

However before WorldPride, an upcoming stage show has also lured Carlotta out of retirement.

“Priscilla the Musical is coming to The Star Gold Coast from July 16, put on by Matt Ward,” she said.

“They’ve got me out of retirement to play a guest role in it and it’s going to be fabulous, the most wonderful event.”

Siciliani said everyone is also welcome to the festival’s other events over the course of Gold Coast Pride Month in June. 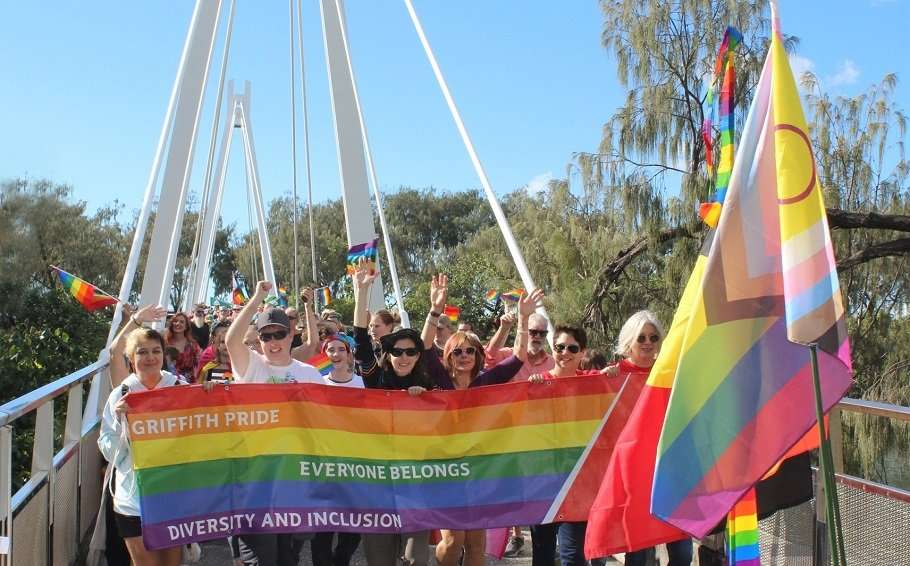 “Next weekend we’ve got our big tennis open day at the Pizzey Park Tennis Academy. We’ve got multiple courts so everyone can come and have a hit, with food and bar available,” he said.

“Then the following weekend (June 18) we’ve got the Teddy Bears Picnic. It’s a rainbow picnic for families and everyone at HOTA at Surfers Paradise.”