Dick Leitsch, a founding father of the gay rights movement, has died in New York.

Leitsch became an icon of the LGBTQ movement after leading protests that pre-dated the Stonewall Inn uprising.

Born on May 11, 1935, Leitsch went on to lead the the New York City chapter of the Mattachine Society, one of the oldest gay rights organisations in the country.

A bartender, freelance journalist, and one-time Tiffany sales representative, Leitsch was a self-described ‘‘hick from Kentucky who didn’t know anything about gay rights’’ when he followed a boyfriend to New York in 1959.

During this period, the New York State Liquor Authority could revoke a bar’s liquor licence if it knowingly served gay people.

Inspired by the African-American civil rights lunch “sit-in” protests in the South, in 1966, Leitsch, with other gay friends, went from bar to bar for “sip-ins”, announcing that they were gay and asking to be served.

When they arrived at Julius’ Bar in the Greenwich Village, Leitsch told the bartender: “We are homosexuals. We are orderly, we intend to remain orderly, and we are asking for service.

The Mattachine Society threatened to sue and the following year, New York State courts ruled against the New York State Liquor Authority’s theory that homosexuals were inherently disorderly, which ended the practice of revoking liquor licences for serving openly gay members of the community.

According to George Chauncey, a Columbia University history professor and author of Gay New York, this had a profound impact on gay life in New York.

“It really meant that for the first time in a generation, a gay man going into a bar didn’t have to worry that the cute guy coming onto him might’ve been a plainclothesman who was trying to reach his arrest quota,” he said.

‘‘His (Leitsch’s) actions,’’ Chauncey added, ‘‘helped make it easier for a generation of gay people to come out and be openly gay.’’

During the subsequent Stonewall riots in 1969, then New York City Mayor John Lindsay is reported to have called Leitsch, begging him to do something to end the violence. 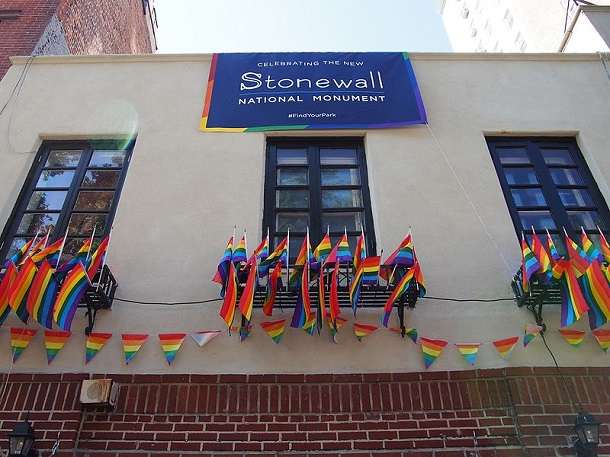 “Even if I could, I wouldn’t,” Leitsch reportedly replied. “I’ve been trying for years to get something like this to happen.”

Ken Lustbader, the co-director of NYC LGBT Historic Sites Project, said that without people like Leitsch who were brave, courageous and risked so much when being out was so dangerous, we wouldn’t be here today.

“Today, we take for granted being out of the closet, but if it wasn’t for people like Dick we would be at a loss for a gay pride movement,” Lustbader said, adding that Leitsch was able to make his mark across generations of LGBTQ people.

“The gay pride movement has lost a great hero.”

The Mattachine Society’s role in the movement effectively ended after Stonewall, Leitsch said, as he and the organisation were supplanted by younger activists with a more militant approach.

Many gays, he noted happily, no longer sought to hide their sexual identity.