Loresca is a model and social media influencer. He posted a photo of himself at an airport in a revealing blue gown, high heels and tiara, writing, “On my way to Brunei.”

Once in Brunei, the King of the Catwalk posted a much more conservative image of himself in traditional Muslim dress. The social media influencer even included a head covering.

Loresca’s trip ignited a social media storm in light of Brunei’s recent introduction of Sharia law. The laws include death by stoning for homosexuals and other adulterers, whipping for lesbians and transgender people and amputation for thieves.

The all-powerful Sultan of Brunei last week announced he would extend the current moratorium on the death penalty to these laws. However, he never rescinded the laws or the punishments.

Sinon Loresca, King of the Catwalk

Loresca is famous in the Philippines for his rags to riches story. When he came out to his family at 18 his mother threw his high school diploma in the garbage and him out of the house.

Loresca told GQ in 2017, “I went to Manilla and stayed around what was basically a garbage mountain.

“I lived with a lot of other homeless people for almost a year.

“I would go through the garbage to find things that I could sell at a local shop, or soda cans and things like that.”

The King of the Catwalk now lives part-time in England with his husband but returns to the Philippines frequently for television appearances. 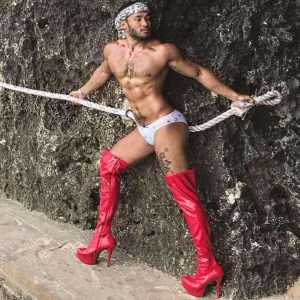 Once in Brunei Loresca posted a photograph of himself conservatively dressed in a post which caused a social media storm.

“I must say ‘BRUNIE’ [sic] is one of the safest country on earth. Lovely and friendly people. Some news so exaggerated – stoned to death is not real. NOT AT ALL. BRUNIE [sic] is a beautiful country. Period.”

Some asked whether the sultan paid him.

Fayeem from Bangladesh said, “If Brunei that much safe than wear those high heels and gown and see how safe this country for you. Btw, how much has the sultan’s authority paid you?”

Rito from Mexico asked, “How much did they pay you to go there and announce what a great country Brunei is?”

Loresca’s defenders argued that the news of the Sharia Laws was ‘Fake News’, made up by Western media.

Of course, Brunei itself has no free press not freedom of speech. Even the country’s official history taught in schools is a fiction designed to aggrandise the ruling Bolkiah family.

Shahiran Shahrani is a gay Bruneian and a refugee in Canada. Shahiran was previously a Bruneian public servant. After a Facebook post complaining about increased halal charges, Shahiran faced charges of sedition.

Expecting a possible sentence of a year’s jail, he fled Brunei after the government changed the law to increase his potential jail term to ten years.

He said on Facebook that Loresca’s trip surprised him and suggested powerful Bruneian interests sanctioned the trip.

“I tip my hat off to whoever orchestrated this,” he wrote. “Bruneians don’t see the subtle power play at work here. Someone near the top of the Bruneian food chain has obviously invited the man and guaranteed his safety.

“In a direct slap in the face to the Mufti office and Ministry of Religious Affairs. The Islamist’s contingent.

“I bet those guys are bristling but with the sultan openly breaking with the mufti over Syariah. Other members of the royal family are also obviously getting their shots in as well.

“I stand corrected. There’s hope for this country yet.” 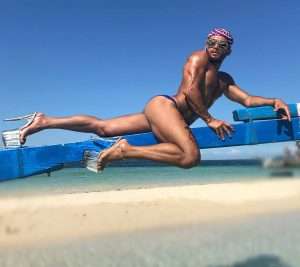 Since his first post Loresca again made an almost identical post, prompting further suspicion the sultanate paid for his visit. Loresca himself says he is in Brunei for a party.

“Don’t think too much guys about those pieces. Muslim people are nice and kind. Sometimes the news is exaggerated…

“Remember as long as we don’t hurt a person, nothing will happen too bad.”

Despite Loresca’s trust in the Bruneian government, the news of the laws is neither fake nor exaggerated. The Sultan’s own attorney-general published them on a government website. The Sultan also acknowledged the laws were fact in his initial defence of them, and again in his backdown.

“Wear what you are able to in the Philippines (and got you famous) and get back to us about how great Brunei is.

“You can dress up in this costume for a few days and say how “welcoming” the country is, but you could NEVER have been who you are and what allowed you your successes.”

Loresca is due in Singapore by the end of the week for paid events there.