A gay Christian has stopped off in New Zealand on his mission to break an epic world record.

Mikah Meyer, 31, is paying tribute to his late father by attempting to be the youngest person to visit all 417 American national parks, aiming to beat current record holder Allen Hogenaeur, who finished at age 39 in 1980, when there were just 320 parks.

He is in Auckland on a quick stopover before heading to American Samoa this week to visit the only US national park in the Southern Hemisphere, which will be park number 293 on the list.

Meyer says, with 125 parks to go, he’s trying to change minds, as well as the history books.

“When I started this journey, there were no openly gay models in the outdoor industry. There still aren’t. All we see is that Christians hate gay people, and that’s obviously not the case – I am living proof of that,” he told Stuff.

Meyer wants to share life lessons which his late travel-loving father taught him.

“I decided when I turned 30 I would do something radical, something to share this ‘carpe diem’ message with the world, so they wouldn’t have to learn this ‘tomorrow’s not guaranteed’ lesson in such a hard way, as I had to.” 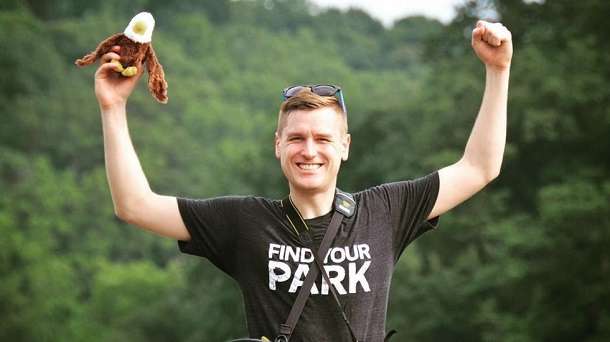 Meyer speaks virtually every Sunday at churches, telling the story of his journey, as well as his experiences of being a gay Christian.

“I have spoken at a church almost every single Sunday since January 2017 and if it was not for their donation every week I would not be here today,” he told Stuff.

“Quite poetically, was it not for America’s Christians and now the Christians in New Zealand, this big gay road trip would not be happening.” 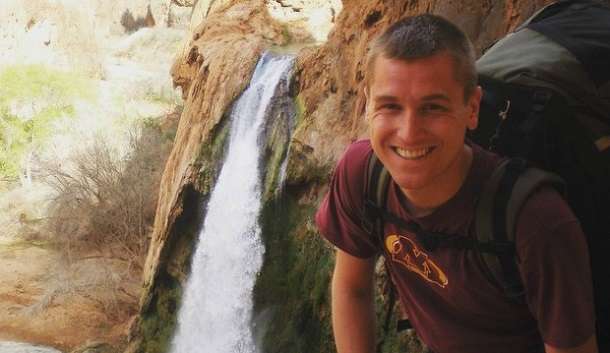 As part of Auckland Pride, Meyer has two speaking gigs in churches while in New Zealand.

He said he would be preaching a simple message: “If there are things about yourself that you feel that you have to hide, be it to fit in or to be safe enough so that the world accepts you, you really should do the opposite.

“Completely embrace who you are and embrace the differences, because those are the things that will make you successful.”