The doco is by Aussie filmmaker Christopher Amos and executive produced by Elton John and David Furnish. It explores both the motivations and consequences of Peter’s provocative campaigning.

He moved to London in 1971, and became a prominent campaigner for gay and human rights. He co-founded Britain’s first Gay Pride march the very next year.

In the early 1980s, Peter Tatchell ran for political office but was met with a vicious homophobic smear campaign.

He then decided to abandon traditional politics and instead bring about change with provocative stunts, subversive humour, and theatrical forms of protest.

As a result, he faces the full wrath of the church, state, and media.

Before long, he’s dubbed “the most hated man in Britain” after calling out everyone from Prime Minister Margaret Thatcher to the Archbishop of Canterbury.

Peter Tatchell has been arrested 100 times

Over the years, Tatchell has organised 3,000 non-violent protests. Police have arrested him 100 times.

He’s also been violently assaulted 300 times, without even counting the thousands of death threats and plots to kill him.

For the film, actor Ian McKellen sat down with Tatchell to interview him about his career fighting injustice and prejudice worldwide.

The documentary picks up as Tatchell seeks to draw attention to Russia and Chechnya’s persecution of LGBTIQ people, by disrupting the FIFA World Cup in Moscow in 2018.

“Throughout the time I have known Peter, he went from being a public figure who the media and critics loved to hate, to a beloved national treasure,” Amos said.

“Society can be unkind to those who shake up the status quo. People are afraid of change.

“In Peter’s case, he forces people to take a stand on human rights issues, one way or another. Sometimes facing ugly truths is confronting, even shameful.

“Some view Peter’s direct action tactics as a step too far.

“However Peter is one of the most peaceful people I have met. He uses non-violent tactics; words, not weapons, to make his point.

“Peter has spoken out against human rights abuses when others have stayed silent.” 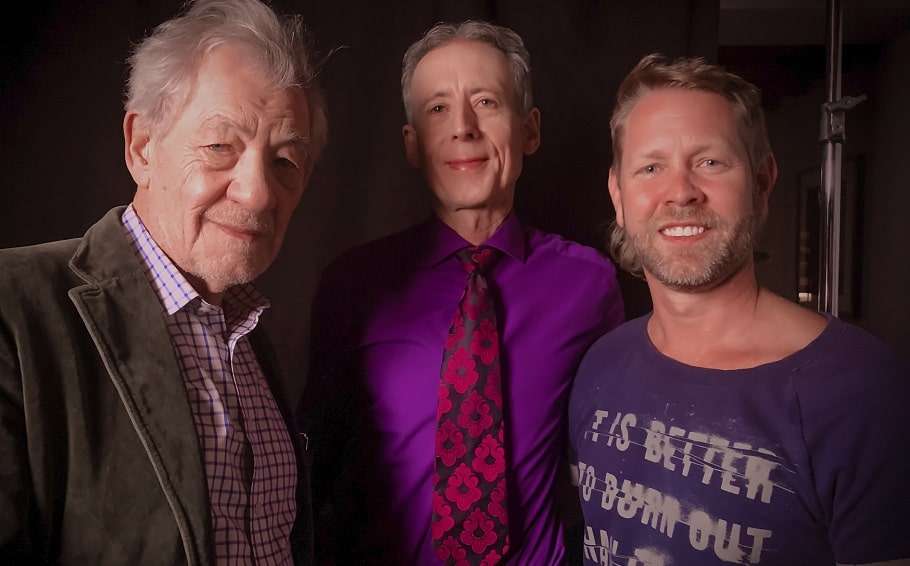 ‘Deep sense of urgency to tell this story now’

Hating Peter Tatchell has been in production since 2016, and Christopher Amos said work continued remotely in Melbourne during COVID-19 lockdowns last year.

“Coincidentally, the Black Lives Matter campaign reignited just as we finished our film about a direct action legend,” he said.

“Suddenly, there seemed a deep sense of urgency to tell Peter’s story now.”

“[A guide] hopefully able to inspire a new generation of activists to campaign for whatever they believe in. To fight injustice like Peter.

“A lot of people say, ‘But what can I do?’ Peter doesn’t question; he acts.

“[He] remains a shining example of how one person truly can make the world a better place.”

Hating Peter Tatchell is streaming on Netflix in Australia from Wednesday (September 22).