Judy Garland, the gay icon once called the ‘The Elvis of Homosexuals’, died on this day in 1969 (22 June). Gay mythology long connected her funeral with the Stonewall riots and therefore the birth of the Pride movement.

Gay historians however, dismiss the connection.

One explained the rioters “were not the type to moon over Judy Garland records or attend her concerts at Carnegie Hall.

“They were more preoccupied with where they were going to sleep and where their next meal would come from.”

Nevertheless, Stonewall legend Sylvia Rivera recalled some of the patrons came to the bar to drink after the Garland funeral.

Sylvia described ‘a feeling in the air’.

Even before the Stonewall Riots, the connection between Judy Garland and the LGBTIQ community was well documented.

William Goldman theorised about the connection in Esquire.

“Homosexuals tend to identify with suffering.

“They are a persecuted group and they understand suffering.

“And so does Garland. She’s been through the fire and lived – all the drinking and divorcing, all the pills and all the men, all the poundage come and gone – brothers and sisters, she knows.” 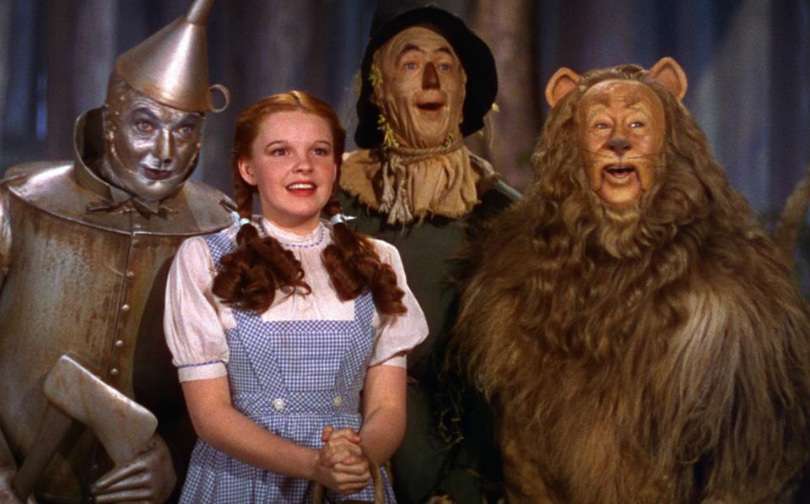 Many believe the LGBTIQ community’s original identification with Garland came from her casting as Dorothy in the 1939 movie of The Wizard of Oz.

The books of L. Frank Baum, which inspired the movie, contained references some took as code.

In the fifth of the Oz series of book, Dorothy meets the youngest daughter of the Rainbow who remarks on Dorothy’s travelling companions.

“You have some queer friends, Dorothy.”

Amongst other references, Scarecrow tells Dorothy, “Of course some people go both ways,” when she asks which direction to take on the Yellow Brick Road.

In the movie version of the books, Dorothy’s acceptance of a group of outcasts as her friends mirrors the way in which LGBTIQ people often fashioned their own families.

The etymology of the phrase ‘friend of Dorothy’ could derive from the Oz books, the movie, or from gay friends of noted American humourist Dorothy Parker.

Perhaps it derived from all three.

Garland had a significant number of gay men in her life.

At least one husband was gay and another bisexual.

The most lasting symbol of the LGBTIQ communities, the Rainbow Flag, was perhaps partly inspired by Garland’s most famous song.

Over the Rainbow speaks to anyone whoever wanted to escape prejudice and persecution with its promise of a place of freedom and happiness.

After a tumultuous life, punctuated by heavy drinking and drug use, Judy Garland died on this day 50 years ago.

Movie star, singer, mother and  woman who offered hope to the downtrodden and oppressed LGBTIQ communities of the day.

We are all Friends of Dorothy.