‘Dead on arrival’: Jacqui Lambie not a fan of Religious Discrimination Bill

Sorry, but there’s no such thing as Krispy Kreme flavoured lube

I am really looking forward to Mardi Gras this weekend, but there’s a part of me that’s anxious about it as well. For whatever reason this anxiety has been manifesting itself in an obsession about which shoes I’ll wear. It is literally keeping me up at night.

The truth is I’m worrying about little things because something just doesn’t feel right and I can’t figure out what it might be.

I know that this Sydney Mardi Gras will be incredibly special. Not only is this year the 40th anniversary of the very first Mardi Gras, but it is also the first march since marriage equality was achieved.

I was the Queensland Field Director for the Equality Campaign during the postal survey. Queenslanders from Cairns to Coolangatta put in a huge effort and returned an overwhelming 60.7% Yes vote.

Despite what many naysayers in the southern states may have thought, when given the chance Queensland chose fairness and love. We can hold our heads up high on Saturday.

On a personal note this year will also be my first Mardi Gras since I came out. The first and last time I marched was in 2004, which was an important year in pride history. Britain passed its first Civil Partnerships Act and courts in the US were beginning to recognise same-sex marriage. 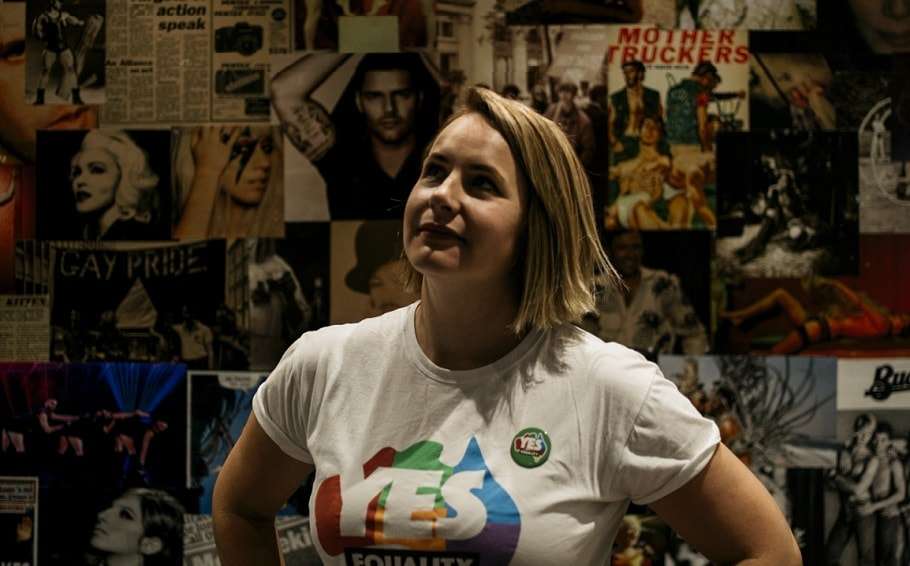 Spooked by these developments, the Howard Government banned same-sex marriage in Australia. That year, I marched with Allsorts, the University of Wollongong Queer Collective. Our float was Rocky Horror inspired and aimed at Howard’s backwards views. We danced to “Time Warp” and shouted anti-Government chants.

Last year, when the final vote for marriage equality took place in the House of Representatives, politicians from every side of politics flowed across the floor to support the Bill. There wasn’t enough seats on the Government side to fit all the MPs so some of them just stood up the back. It was a beautiful thing to watch.

We finally got what we were fighting for and now we’ve got a chance to celebrate. So why am I so hung up on my sneakers?

While there is no denying that achieving marriage equality was a watershed moment for LGBTIQ rights in Australia we haven’t seen the end of discrimination and prejudice. Marriage equality was a great victory. But there is still a long way to go. That’s why I’m feeling uneasy. I want to celebrate – and I will – but I also want to protest.

I am still incredibly angry about the plebiscite process. I will find it hard to ever reconcile the victory against the damage the process caused.

On top of that, the postal survey campaign uncovered some deeply worrying views embedded in Australia about sexuality, gender and diversity. Those views didn’t go away the day the law was passed.

My partner and I can now get married, and we plan to this year, but we still have a long way to go before there’s consensus about the worth of our
relationship and our identities. Feeling like an equal citizen is different from being legally entitled to equal marriage. 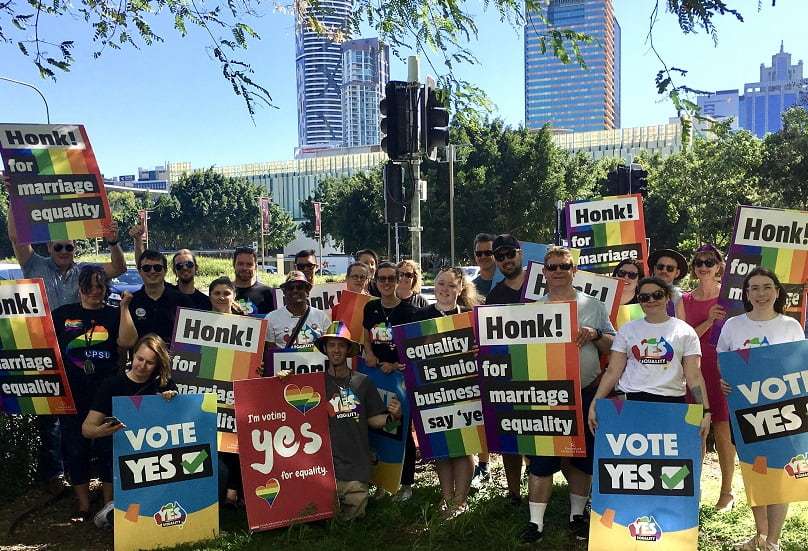 We need to make sure marriage equality leads to real equality for every gay, lesbian, bisexual, trans, intersex, queer and questioning person in Australia
and around the world. And we’re not there yet.

This Mardi Gras I’ll be celebrating but I’ll also be remembering why the 78ers started Mardi Gras all those years ago and why I shouted about Howard with my uni mates back in 2004. The values of Mardi Gras haven’t changed and they shouldn’t. For me it’s about activism, rebellion and protest.

This Mardi Gras I will be wearing my dancing shoes, but I’ll be marching in protest until we are all equal.