The director of new gay romantic comedy Fire Island has revealed the very hard bargaining behind the scenes to try and get full-frontal nudity into the flick.

Andrew Ahn is the director of the new film, which is a gay spin on Jane Austen’s Pride and Prejudice.

This week, Fire Island is finally coming to streaming in Australia on Disney+ from Friday (June 17).

In it, two gay men (Joel Kim Booster and Bowen Yang) travel to the titular gay mecca off Long Island for a week-long holiday of cheap wine, crazy friends and sex.

Director Andrew Ahn told Vulture, “I was like, ‘I want a dick.’ It’s Fire Island.

“I understood that erect dick was going to push us into [US film rating] NC-17 territory, which would seriously limit who could see the movie.

“And to their credit, our producers were like, ‘How many? Where?'”

Ahn recalled, “Then finally, they came back to me being like, ‘We’ll give you as many butts as you want.’

“And I was like, ‘You know what? I’ll take that deal.’ I could have put more butts in it.”

But the director added, “I’m dying to put taint on the screen. I just want a good taint.

It all began when he took Austen’s Pride and Prejudice on his first trip to Fire Island with longtime friend Bowen Yang.

“I was reading it there with Bowen, and it just sort of clicked for me,” he told Vanity Fair earlier this year.

“I turned to him and was like ‘I should write Pride and Prejudice set on Fire Island. Wouldn’t that be so funny?’

“This is what gay men do all the time.”

After many false starts, Booster explained the finished film is “something really, really special and unique and gay.” 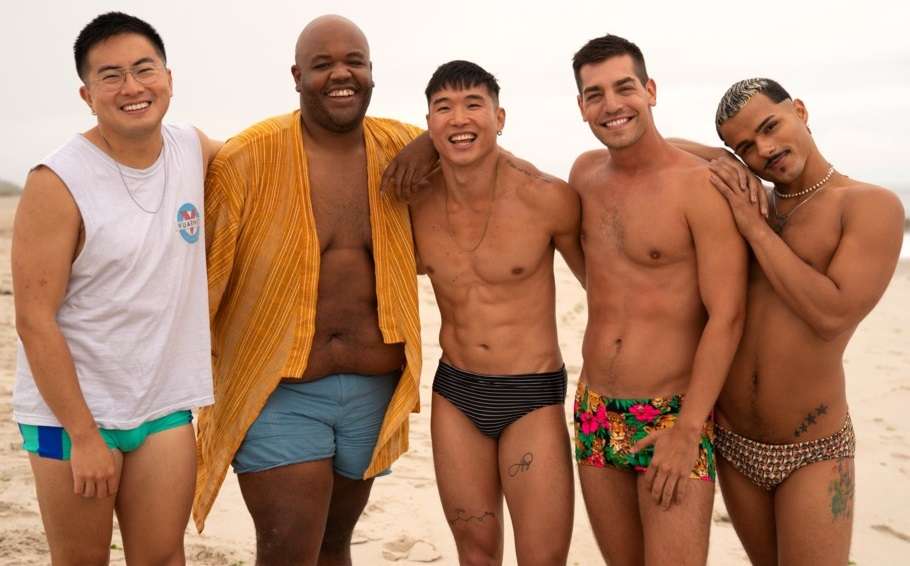 “What happens when gay men are put together on an island and there are no straight people to oppress us? How do we oppress each other?” he said.

“I want people – especially gay men, especially queer people – to walk away from the movie happy that they’re gay.

“I want people to come away from this movie feeling the joy of our experiences.”