Lately, Australians have been fussing about their supers, checking and tracking it down if they’re missing an account that would probably end up with the Australian Taxation Office (ATO) if unclaimed after the significant changes on the superannuation.

Personal superannuation, or simply known as ‘super’, is a pension program created by the Australian Government for every Australian who is working so that any Aussie will have their own stream of money after they retire. 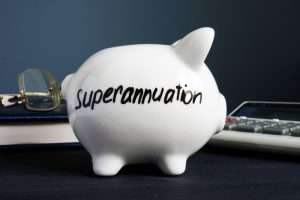 Last February 2019, laws were passed by the Parliament that will create changes to the superannuation.

The Treasury Laws Amendment (Protecting Your Superannuation) is said to have a positive impact on all Australians who currently have a super.

For instance, accounts with less than AUD $6,000 will no longer charged with any investment or administration fees.

Also, members will no longer charged with any exit fee.

Though it may seem promising, the bill has its flaws.

Despite all these positive effects, it also creates a huge problem for others, especially those who are not earning well, because it poses a huge loss to the money they have on their account.

This coming July 1st, changes to the superannuation funds will be effective.

One of the changes that made the people of Australia check their super accounts is that the money on the so-called ‘ghost accounts’ or inactive accounts are to be transferred to the ATO.

An account will only be considered inactive if there is no contributions for a period of 16 months or has a balance of less than AUD $6,000.

If a person has more than one account, either inactive or active, and the combined balance is more than AUD $6,000.

The Australian Taxation Office will attempt to consolidate the balance on the accounts into the person’s active account.

If the ATO is unable to consolidate a balance into an active account of a member, then the member’s balance will stay in the ATO until it can be claimed.

To find lost super, a person can visit the Australian Taxation Office’s website.

The reason why this has become a fuss is that an average Australian usually gets an average of four to five jobs in their lifetime.

Often, with each job, an employee opens a new super fund unknowingly having multiple accounts throughout their lifetime.

Accordingly, there are 15 million superannuation fund members, 40% of which have multiple accounts.

Because of this change, many Australians are trying to track down their lost supers, and those who have multiple accounts are trying to consolidate their balances.

This creates panic for those who do not remember any of their accounts or have perhaps missed one.

More importantly, there are a lot of indigenous Australians that could be affected by these changes.

If some of these people are unaware that they have superannuation, then they could lose all of the money they have invested in their supers.

This even includes those who are on extended maternity leaves or those who recently stopped working for their own private reasons making this a huge drawback to the new superannuation bill.

Have you have not contributed to your super account lately?

It would be wise for you to check your accounts and consolidate them if you have more than one.

If you have less than $6,000, you should inform your super fund you want to remain in the current fund.

To find superannuation accounts that are lost, you can visit the ATO website or perhaps use other online services that will help you recover or track your lost super. To give you a head start on your search for a reliable service that can help find your super, check this video out:

Start tracking your accounts on paper so you’ll know what is happening to your account and the money you have.

Remember to have these requirements as you start tracking your account or accounts:

Everyone in the world wants to have a good life once they retire someday.

In fact, that is one of the reasons why most people want to get a job.

At first, the purpose would be to support their family or themselves.

But sooner or later, everyone realises that they will eventually want to spend the rest of their remaining lives happily.

Dodgy wages: are you working for free one week a year?