A powerful photographic and sound installation by Scott Harrower opening in Lismore addresses homophobia and violence toward men who love men. Fighting not dancing opens on 18 May.

The characters in the photographs peel away the silence of Australia’s past.

They reveal persecuted convict relationships, post-WWII police brutality and unsolved murders during the AIDS hysteria of the mid-1980-90s.

The exhibition explores the artist’s life experience. It questions religious fervour and probes the asserted right, even today, of some to discriminate against “others”.

“The marriage equality debate reminded me of coming out at 16 years old, into a homophobic and fearful society; one gripped by the AIDS epidemic,” Scott said.

“I fell for a man who was manipulative and violent — he often threatened to kill me. There was so much judgement around.

“It was my own living horror film, hence the cinematic aesthetic in my work.

“Research shows that power-based, or situational homosexuality was common in colonial Australia, but so too were loving bonds between homosexual men.

“However, because of religiosity, this denied history was unconsciously absorbed into the national psyche as fear and shame.

“I hope audiences will grasp the long-term impact this can have on a community, especially in today’s political debates around equality.”

The sound element of the work is an original score by New York Composer, Ron Nahass, recorded by the New York Queer Urban Orchestra specifically for this project. 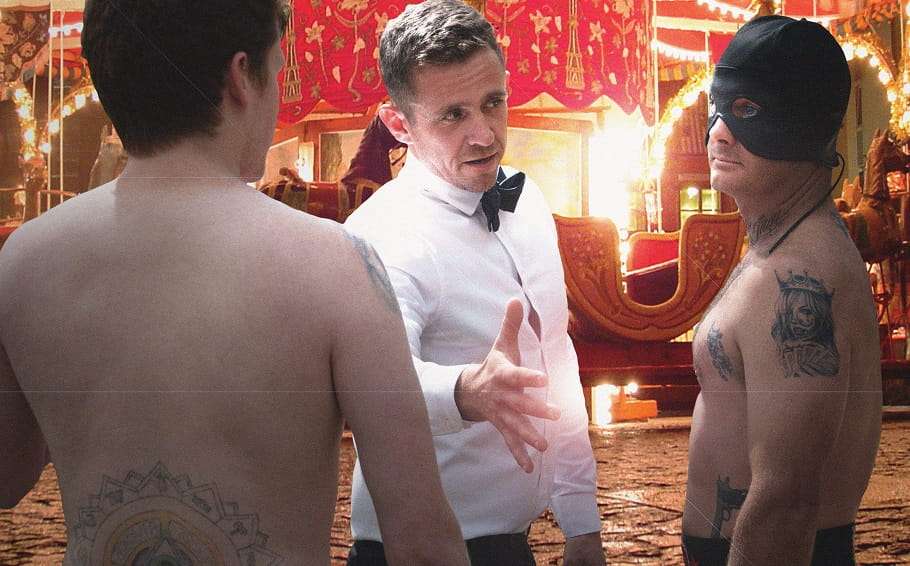 Dr Pól Miles-McCann, a psychotherapist, sociologist and senior lecturer in culture and research methodologies at The Australian College of Applied Psychology will open the exhibition.

Dr Miles-McCann studies the roles of sport, violence and humour in Australian masculinity. His doctoral thesis examined the social and emotional impact of homophobia on heterosexual men.

Fighting not dancing in Conversation

At a special event during the Fighting not dancing exhibition, Scott and acclaimed author, journalist and broadcaster Benjamin Law will discuss gay Australian history and its 21st-century sentiment.

“Benjamin and I are Australian gay men with divergent cultural and intergenerational conditioning,” Scott said.

“I’m looking forward to sharing our experiences while raking through the coals of Australian history.”

Tropical Fruits NYE – the party of a lifetime to welcome 2020

Samuel Leighton-Dore is breaking down barriers of masculinity