In 1970, lesbian couple Francesca Curtis and Phyllis Papps bravely broke ground by coming out and speaking about their relationship on Australian TV.

The two pioneering activists appeared on ABC current affairs program This Day Tonight in October that year. After the same-sex marriage postal survey, the ABC revisited the two women and they reflected on the interview and their lives at the time.

“A lot of women didn’t know how to get out of the closet, so ALM provided them with a forum,” Phyllis told the ABC.

“It’s hard to imagine 1970, [it was] not very open. [John] Gorton was Prime Minister, [Henry] Bolte was Premier of Victoria. We’re talking about a conservative Liberal government.

“Lesbian women were invisible. You have to try and understand the mentality of that time.”

Francesca recalled, “This Day Tonight asked if we would go on the program. Nobody was keen to go. I was.”

But the pair described the interview as “a bit of a minefield. We weren’t prepared for the sort of things they would ask.”

Phyllis explained after it aired there were “a lot of repercussions, positive and negative”. The ABC was inundated with complaints.

Francesca said her parents didn’t watch it, but the next day, “a neighbour came in and said, ‘Your daughter was on last night,’ telling everyone I was a lesbian.”

Phyllis recalled, “It certainly had an impact on my career. When I was in public libraries, the state librarian rang me the next day.

“[She said] ‘I believe you were on television.’ I thought ‘Uh-oh, there goes my career.'”

Phyllis and Francesca have worn gold wedding rings for 50 years

Phyllis and Francesca aren’t legally married. However the couple still wear the gold wedding rings they exchanged with each other in July 1970.

Francesca described the “yes” vote in 2017 as “tremendous” for the community.

“I just felt so pleased for people younger than us,” she said. “They are going to have this opportunity that we never had in those days, or never even imagined in those days.”

Phyllis said, “You just need to be yourself. It doesn’t matter if you’re gay, bisexual, you’re transgender… Just be yourselves.

“We really didn’t have that opportunity to do it properly, and now we do.” 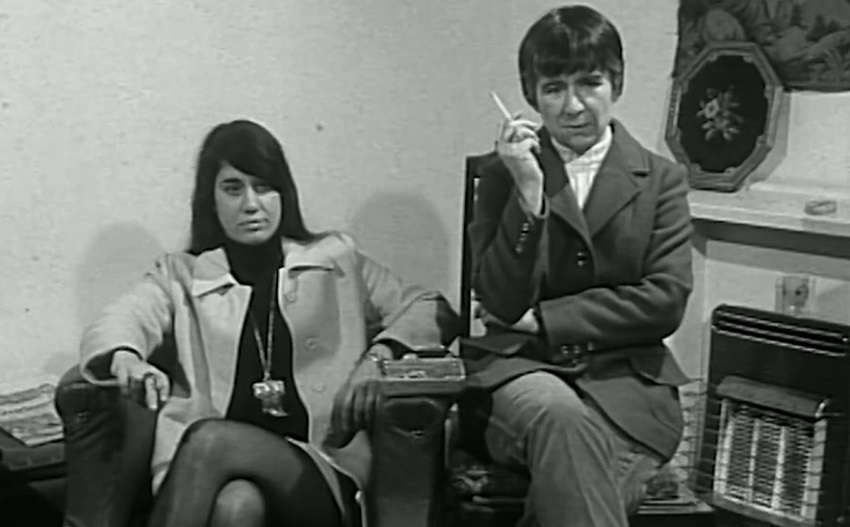 Now Phyllis and Francesca have taken part in a longer documentary about their lives, their activism and seeing societal shifts over decades.

Why Did She Have To Tell The World? is a half-hour documentary by filmmakers Abbie Pobjoy and Bonny Scott.

Find out more about how you can support the project here.

ABC aired full-frontal nudity and has anyone checked on Andrew Bolt?