Federal Labor has pledged $10.6 million in funding for Victoria’s Pride Centre if elected at the next federal election.

Based on San Francisco’s LGBT Community Centre, the Pride Centre in St Kilda will be a community hub for LGBTIQ organisations and groups.

She said the investment would complete the funding of the construction of the Victorian Pride Centre, which is expected to be opened in 2020.

“A range of community organisations have all come together to build this exciting project,” she said.

“If Labor is elected at the next federal election we’ll join with local government, state government and community organisations to support this project.

“Labor’s contribution would be $10 million which would complete the fundraising efforts to build this centre, after years of working with local and state governments.”

Pride Centre Deputy Chair Stuart Kollmorgen said he welcomed the announcement and he thanked all levels of government for their support.

“This will be a building that brings together all of our resident organisations in our wonderful community, including Thorne Harbour Health, JOY FM and a range of other supporters. 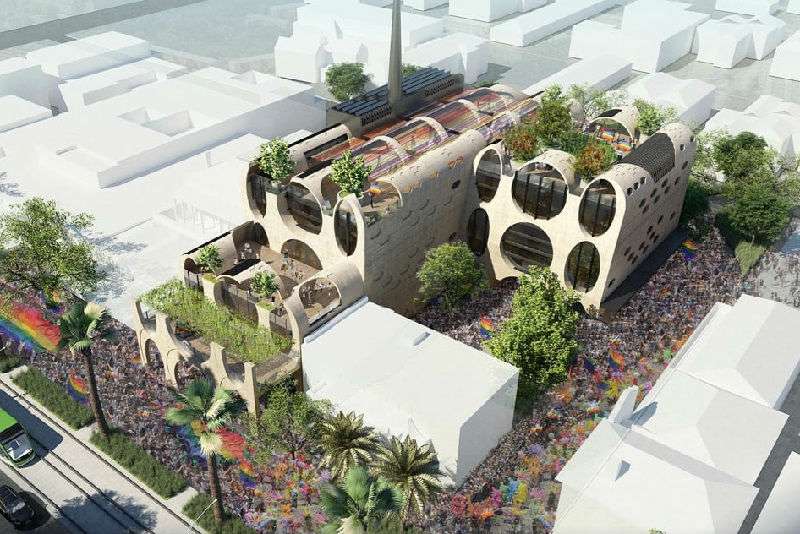 “The $10 million would make an enormous difference to our fundraising.

“We’ll have annual operational costs that we’ll have to appropriately fundraise, they’re now going to be achievable.”

As part of the funding package, LGBTIQ radio station JOY 94.9 would receive $600,000 to build new studios in the Pride Centre and upgrade to digital broadcasting.

The proposed design of the Pride Centre was unveiled in January (pictured above), and it is set to be completed and open by 2020.

The Pride Centre will serve as the headquarters for Midsumma Festival, the Melbourne Queer Film Festival, the youth group Minus 18, the Australian GLBTIQ Multicultural Council, and Team Melbourne, a peak organisation representing over 20 LGBTIQ sporting clubs.

There will be multi-use spaces, a health service, library, training room, meeting rooms, a prayer room, café and bar, theatrette and gallery for use by community groups.

In August, local councillors launched a 35-metre “rainbow road” to celebrate diversity and inclusion in St Kilda, close to the site of Victoria’s Pride Centre.