The University of the Sunshine Coast journalism student (pictured above left) is being remembered as a generous and passionate activist for LGBTIQ equality who always put others first.

But Lloyd’s sister Mary said he was harshly bullied at school for being gay. The bullying took a devastating toll on his mental health into his adult years.

Lloyd tragically took his own life last Thursday (May 16). He was 34.

“Although he was a proud gay man and LGBTIQ activist, all his adult life Lloyd struggled with what was at first external, but became internalised homophobia,” Mary said.

“He knew how it felt to be hated for being gay, he didn’t want anyone else to be inflicted with the same pain.

“He strove to help others, who couldn’t help themselves.”

Lloyd left behind his mother Barbara (both pictured above) and his three sisters. They say his death has “left a gap in our family that won’t ever be filled.” 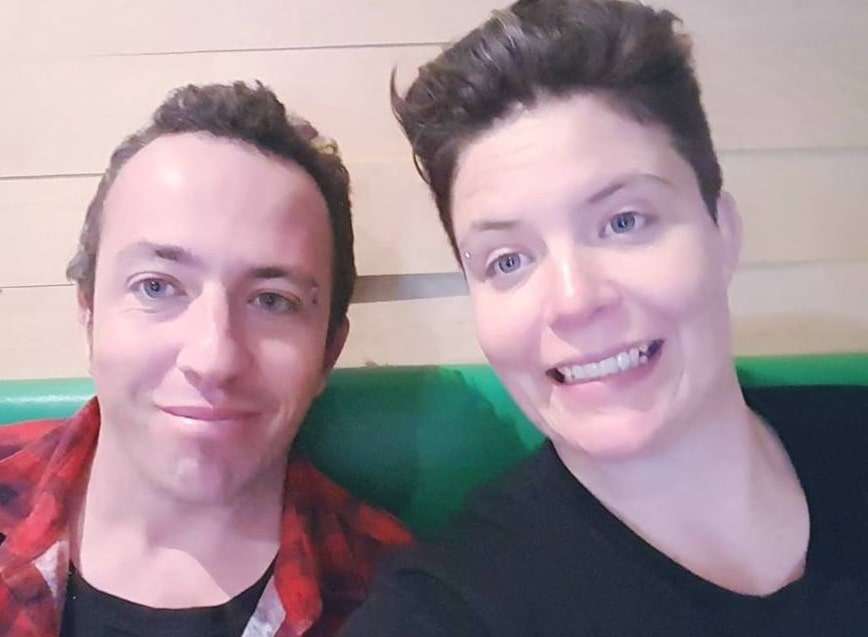 “We’re so vulnerable when we’re teenagers and it just got drilled into him that being gay was wrong and different,” Mary told the Sunshine Coast Daily.

“His mental health issues were something that we were all sort of aware of. We knew he was unhappy for some time, but I just didn’t realise how much it would hurt to lose him.”

Mary said Lloyd also battled addiction and support services for the LGBTIQ community were often difficult to access on the Coast.

Lloyd was active in the Queensland LGBTIQ community. He organised a Coast vigil for gay victims of violence in Chechnya and fundraised for LGBTIQ causes.

“He was so burdened by homophobia but rather than just putting all of his energy into making his life better, he always just could see the pain in other people and wanted to help them,” Mary said.

“It was hard not to love Lloyd.”

The Sunshine Coast Pride Network remembered Lloyd Copper as a “dear friend” who cared deeply for human rights and the LGBTIQ community.

“He campaigned tirelessly for the rights of our community both here and particularly overseas,” the group wrote on Facebook.

“Our love will never stop and we will continue the fight for equality with the same passion as [Lloyd].”

The group urged anyone in the community who needs support to reach out to the services listed below.

In lieu of flowers or cards, Lloyd’s family has asked for donations to Rainbow Railroad, a charity he was passionate about.

The Canadian charity helps LGBTIQ people around the world escape state-sanctioned persecution in their home countries.

You can make a donation on the Facebook fundraising page here.