The sister of Bridget Flack, a Melbourne woman who has been missing for 10 days, say her disappearance is “incredibly uncharacteristic” as she joined police in appealing to the public for information.

Victoria Police have renewed calls for public assistance in the search for the 28-year-old (pictured).

Bridget was last seen at about 10.30am on Monday, November 30 at the Dan Murphy’s bottle shop on Smith Street in Collingwood, Victoria.

The day she went missing, Bridget told friends she was going for a walk along the Yarra River in the Collingwood area.

Later, Bridget called a friend and workmate and had a “normal conversation” with them from the riverside. However she did not return home.

“The communication just went quiet and that led us to be concerned,” Bridget’s sister Angela said.

“Bridget is a transgender woman and I think that makes her a little bit more vulnerable in the community. We’re very concerned about that.”

Angela said in the weeks before her disappearance, Bridget was trying to access mental health services.

However Bridget was open with friends and family about her struggle with her mental health and assured them she was seeking help.

“She had reached out to me about three weeks ago to say, ‘I think I need a bit of extra help’,” Angela said.

“We were working very hard but sometimes those things don’t come quick enough. So we weren’t able to get what she needed prior to Monday last week.”

Police have investigated a number of potential sightings since her disappearance. However they have been unable to locate Bridget.

Victoria Police said officers have conducted searches of the Yarra River on water and also of the area by air.

Police have released new CCTV photos of the last sighting of Bridget.

She was wearing a bright pink t-shirt, black shorts and red socks, with a black face mask and a light pink backpack.

She is Caucasian, about 170cm tall, with a thin build, shoulder length brown hair and distinctive tattoos on her arms and legs. 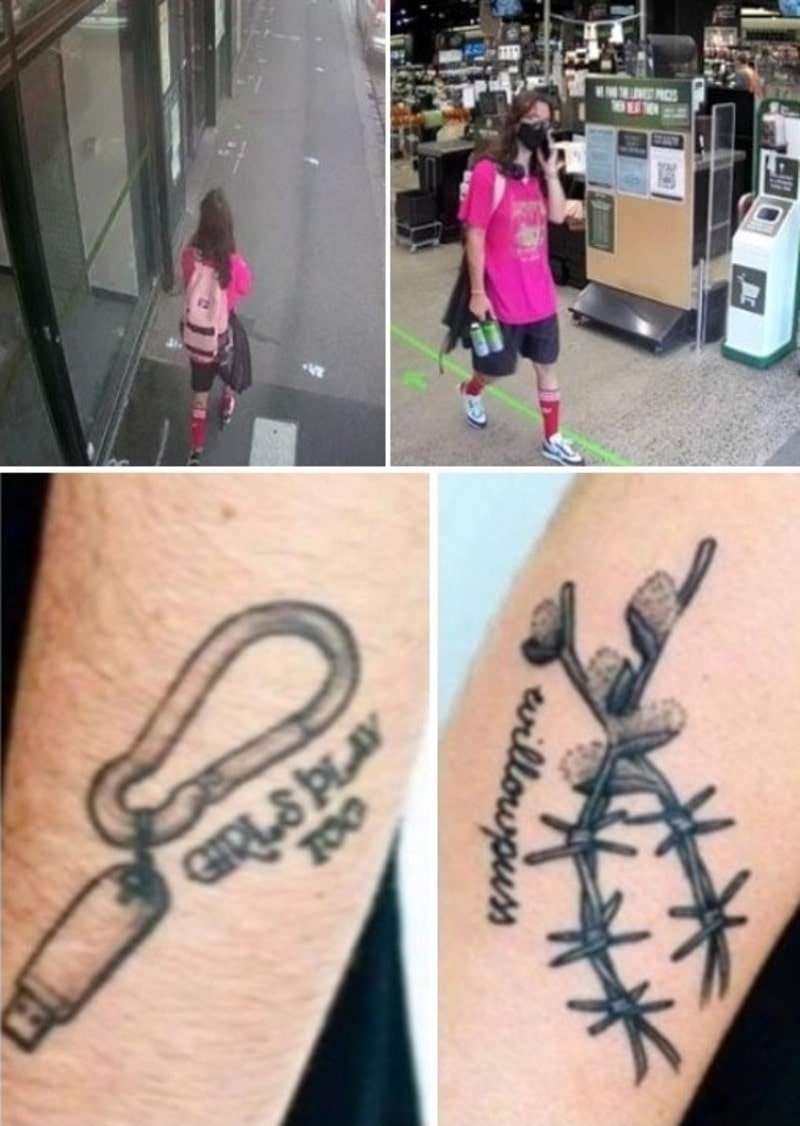 Victoria Police and Bridget’s family hold concerns for her welfare, due to the length of the time that’s passed.

“We are so desperate to know she is safe and desperate for her to know how loved she is by her community and family,” Angela said.

“We love her so very much and our only concern is her safety and happiness.

“Whatever has happened – good or bad – there must be some kind of trace. Some kind of footprint left behind or a physical item of clothing or a sighting.”

Angela said she is deeply moved that more than 4000 people have joined the “Have You Seen Bridget?” Facebook group.

All week, the group members have printed and distributed flyers and coordinated walks around Melbourne to search for Bridget.

On Tuesday, more than 120 people, many of whom had never met Bridget, gathered at Yarra Bend Park to search for her.

Anyone who sees Bridget Flack or has information about her whereabouts has been urged to contact the Melbourne North police station on 03 8379 0800.