This writer has always remembered an article from an Australian gay publication during the early years of the AIDS crisis. It reported on an American dental association’s cover-up of research into semen toothpaste. It claimed five pages of the association’s recent newsletter remained blank after omitting a report on the study.

For some reason, the article always remained in the back of my head. As years passed by, I occasionally wondered if toothpaste companies ever discreetly synthesised semen as an ingredient in their toothpaste.

And then, I came across the story again. But not in a 1980s publication. This version of the story came from a 1974 edition of 5th Freedom. A branch of the Mattachine gay rights organisation in western New York published the free newspaper during the 1970s to early 1980s.

50% fewer cavities after brushing with semen

5th Freedom reprinted information taken from an October 1973 issue of another publication called Morning Glory which since disappeared without a trace.

“Those of you who have read the recent issue of the JOUR­NAL OF THE AMERICAN ASSOCIATION OF DENTISTRY might have no­ticed that there were five missing pages. The missing arti­cle contains the report on tooth decay by Dr Derbert Fieser of Greenwich Village, New York City.

“After five months, Dr Fieser examined both groups. Those to whom he had applied the semen had 50% fewer cavi­ties. The doctor tested his homosexual patients and dis­covered that the enamel on their teeth was actually harder than normal.”

Further research led QNews to a 1973 article in Salient, the student newspaper of the University of Wellington in New Zealand. This article included additional information, including quotes from Dr Fieser.

“I could find nothing in common among these men except for their homosexuality. Nothing in diet, frequency of brushing, or brand of toothpaste established any pattern among the patients.”

Well, we know what this all adds up to. There’s an old joke that fits in right here. 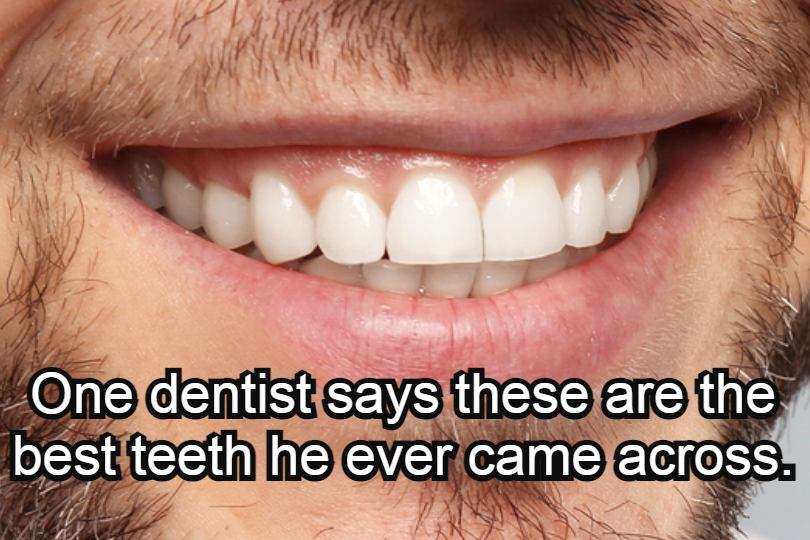 The Salient attributed the report to a Californian publication called the Berkeley Barb.  That underground counter-culture newspaper ran from 1965 until 1980. ‘Personal’ classified ads provided the paper’s primary income. Berkeley Barb was decidedly anti-war. However, the publication was not without humour and enjoyed misleading readers occasionally with some pointed satire.

The writers once pulled off a brilliant hoax. It convinced Americans that smoking dried banana skins produced an opium-like high. Mainstream papers fell for the bluff. Only a denial from the FDA stopped people searching for a new high from toking on dried banana skins.

QNews found the original semen toothpaste article in an April 1972 edition of the Berkeley Barb. “Look Ma! No cavities.”

A quick search shows that the AMERICAN ASSOCIATION OF DENTISTRY is actually called the American Dental Association.

Also, Dr Derbert Fieser does not show up anywhere other than articles about the semen toothpaste. Of course, his first name is a bit suss. It sounds like something Endora made up in Bewitched.

And in light of the Berkeley Barb‘s anti-Vietnam War stance, Fieser’s surname deserves attention. Notably, it was a Dr Louis Fieser who invented napalm, the devastating incendiary deployed by the US against Vietnamese citizens.

So, Fieser was a name the paper would take delight in mocking.

To those who read the article all those years ago and ever since brushed their teeth with semen toothpaste, QNews can only apologise we never exposed this fake news earlier.

We do hope, however, you derived some benefit from those decades of devotion to your oral health.