A regional Victorian drag performer is encouraging every Australian to have an important conversation with their loved ones about organ donation.

Max was on dialysis for for four hours a day, three days a week for three years before receiving the “overwhelming” phone call late one night that there was a donated kidney for him in Melbourne.

The transplant was “done and dusted” the same day, he said.

Now he and his drag queen alter ego Di Alysis are urging all Australians to talk to their loved ones about the subject.

“More than 10,000 people’s lives have been saved as a result of a transplant since 2009,” he told the Newscastle Herald.

“Have that talk with your family about your wishes as family can still say no at that pivotal point.

“It’s a traumatic experience after someone has died, they say no because they’re already in grief. If family know what the wishes were, it’s easier.

“A lot of people think when they get to a certain age, they can’t be a donor any more, but certain parts of the body, like corneas, can still be used to give someone a better life.”

Max attends his local Daylesford Chill Out Festival every year as Di, and he says he always gets a fantastic reaction from the crowd.

“Once I had the transplant, the name came to me,” he said.

“Most people thought it an amazing name but didn’t get the significance.” 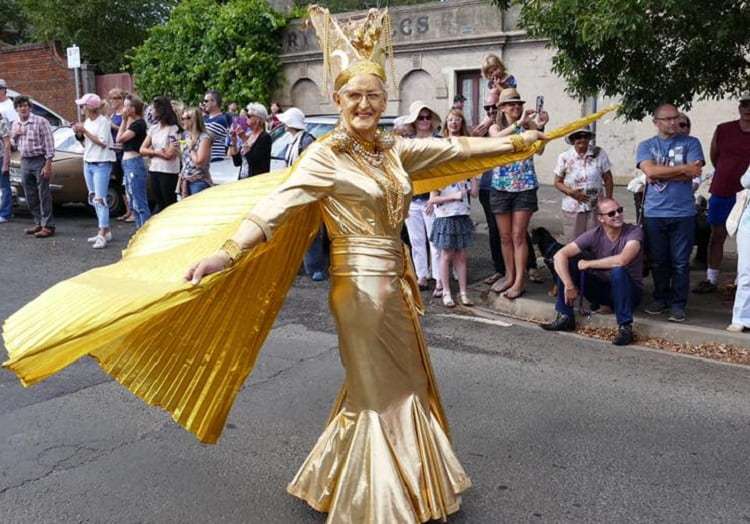 This week is DonateLife Week (July 29 – August 5), a national campaign by the Organ and Tissue Authority to encourage all Australians to register their organ donation decision and to discuss it with their loved ones.

Eighty-one per cent of Australians elect to donate but less than one third register their wishes to be an organ donor on the national registry.

Nine in 10 families agree to the donation of their loved one’s organs if they know they are registered but that drops to around half if they’re not registered.

The Organ and Tissue Authority has a webform with eight simple questions including Medicare number, date of birth and postcode that takes around one minute to complete. Registration options using a smartphone app and paper form are also available.

Registration enables medical staff to move quickly at time of donation to ease the burden on families regarding the conversation that could save up to eight people’s lives.

For more details, visit the DonateLife website and join the donor register.