Most of us have heard the term Gaydar – it refers to the ability to guess other people’s sexual orientation, based on only a quick interaction.

Some people pride themselves on the accuracy and sensitivity of their gaydar. Others feel constantly surprised when finding out the orientations of people around them.

But, is the fabled gaydar a real thing?

Personally, I’ve always had a bit of a problem with the concept of gaydar.

It often seems to me that people base their judgements on the old stereotypes about LGBT people.

– The pitch of someone’s voice,

– The way they walk,

– The things that interest them.

To me, continuing to base our judgements about others’ sexuality on these superficial traits encourages a one-dimensional view of gay men, lesbians and bisexual people.

Ultimately, such restricted views are a form of homophobia, as they discourage acknowledgement of the reality that gay men, lesbians and bisexual people are more than just a lisp or a spikey haircut. 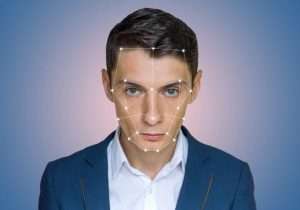 An argument in favour of gaydar!

However, there is also an argument in favour of gaydar.

Scientific research has shown that most people can guess the sexual orientation of others based on viewing a short video, or even a still picture (for as briefly as 0.04 of a second!).

This is with a level of accuracy greater than chance.

These findings support the idea that people’s sexual orientations are biologically determined.

Furthermore associated with actual physiological differences between straight people and non-straight people (such as face shape and features of the eyes).

At the end of the day, it’s difficult to say whether or not gaydar is real.

But, I’m going to stick to the old fashioned method of getting to know someone and just asking!

Ben Walters is a psychologist at the Centre for Human Potential