Producers of children’s TV series Star Wars Resistance have confirmed that two characters on the show are a gay couple.

Fans of the Disney Channel show have previously thought the two characters Orka and Flix – voiced by Jim Rash and Bobby Moynihan – are together.

“I think it’s safe to say they’re an item,” executive producer Jason Ridge told the podcast Coffee with Kenobi when asked about the pair’s relationship.

“They’re absolutely a gay couple and we’re proud of that.”

Auman added that Bobby Moynihan and Jim Rash, the two voice actors, are “so wonderful” and “they have the same chemistry” as the characters.

Moynihan told the podcast he has wanted to talk about Orka and Flix’s sexuality since joining the show.

“I’ve had a sentence prepared for a year and a half,” Moynihan said.

“If someone would finally ask me, I would say, ‘All I can say is that when Flix says I love you, Orka says I know.’ They’re the cutest.”

That’s a callback to Han Solo and then-Princess Leia’s iconic scene in The Empire Strikes Back. 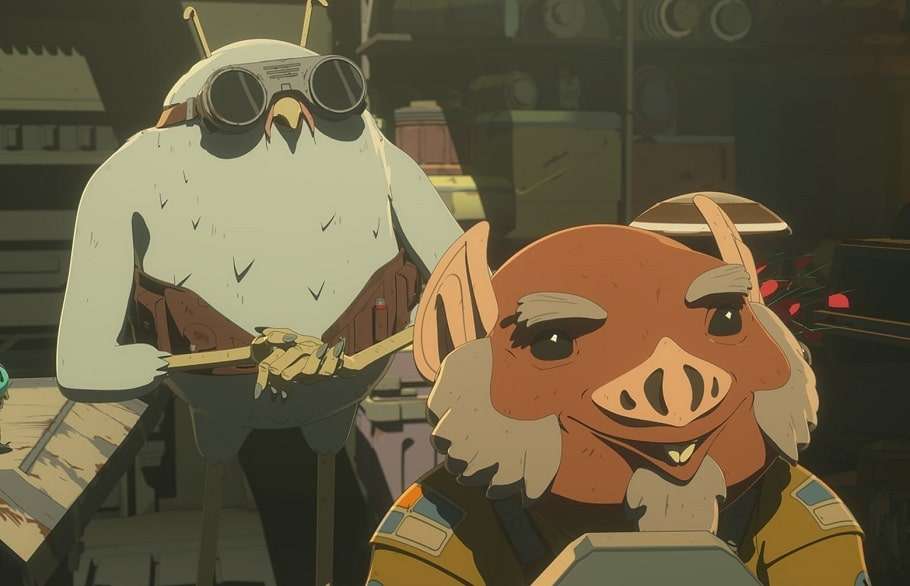 Disney announced Star Wars Resistance will return for its second and final season on the Disney Channel on October 6.

No other openly gay ‘Star Wars’ couples on screen

But that hasn’t stopped thirsty fans from picking up on chemistry between same-sex pairs before.

And the next year, many believed duo Chirrut (Donnie Yen) and Baze (Jiang Wen) were a couple in Rogue One: A Star Wars Story.

Speaking at SXSW, Rogue One director Gareth Edwards said a romantic linking between Chirrut and Baze “wasn’t the original intention.”

“But I understand that people can translate it that way,” he said.