From 1978 to 1983, Nilsen befriended and lured young men and boys back to his North London homes with the promise of food, alcohol or shelter.

He murdered at least a dozen of them between 1978 and 1983. After killing his victims by strangulation or drowning, the necrophile would bathe and dress their bodies.

Police were only alerted to the grisly crimes when human remains clogged the drains of Nilsen’s flat.

Nilsen confessed, but couldn’t give police his victims’ names. The depraved serial killer was jailed for life in November 1983.

Now Doctor Who and Broadchurch star David Tennant will play Nilsen in a new three-part British drama Des, streaming in Australia on Stan next week.

The series explores Nilsen’s arrest, the police investigation and how the killer evaded detection for so long.

Tennant said he started investigating Nilsen’s story after friends pointed out their striking resemblance to each other.

“I was 12 when he was arrested so it was a name that I was aware of. It had been in the headlines,” he told The Sun.

“I knew he was a sort of bogeyman in the national consciousness. But the more I looked into it, the more I thought, this is a story that is worth telling.

“It’s tricky to get the balance right — you don’t want to slip into sensationalism.” 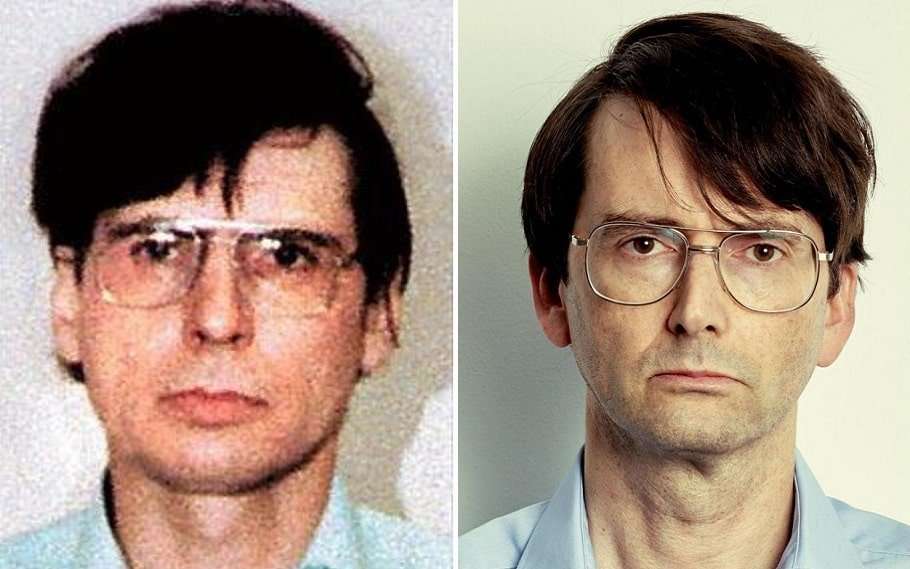 Dennis Nilsen victims ‘fell through cracks’ due to homophobic climate

David Tennant said he wanted to do the role because the three-part series sensitively shines a light on Nilsen’s victims.

“I might have had reservations if we were presenting it as some sort of gothic horror piece. But we weren’t,” he told The Sun.

“After he was arrested, one of the things that Dennis Nilsen became obsessed with was ‘the legend of Des’.

“When we started developing this he was still alive.

“I’m very relieved he’s not now, because I would hate for him to be in his cell imagining that we were in any way glorifying him.”

The new series also explores how at the time, the deaths and disappearances were initially and tragically dismissed as “gay crimes”.

Even after his arrest, police couldn’t determine how many people Nilsen actually killed or the men’s identities.

“There is a story to be told about the victims and why people fall through the cracks of society,” Tennant said.

“Plus, how Nilsen could murder so many men without being noticed. He shouldn’t have been allowed to murder all those people.

“Somebody should have noticed what was going on a lot earlier than they did.

“As a society we have try to understand why this happened and how to not have it happen again.”

Des is streaming in Australia on Stan from September 15. Watch the trailer below:

Man charged with murdering his boyfriend at Sydney apartment block